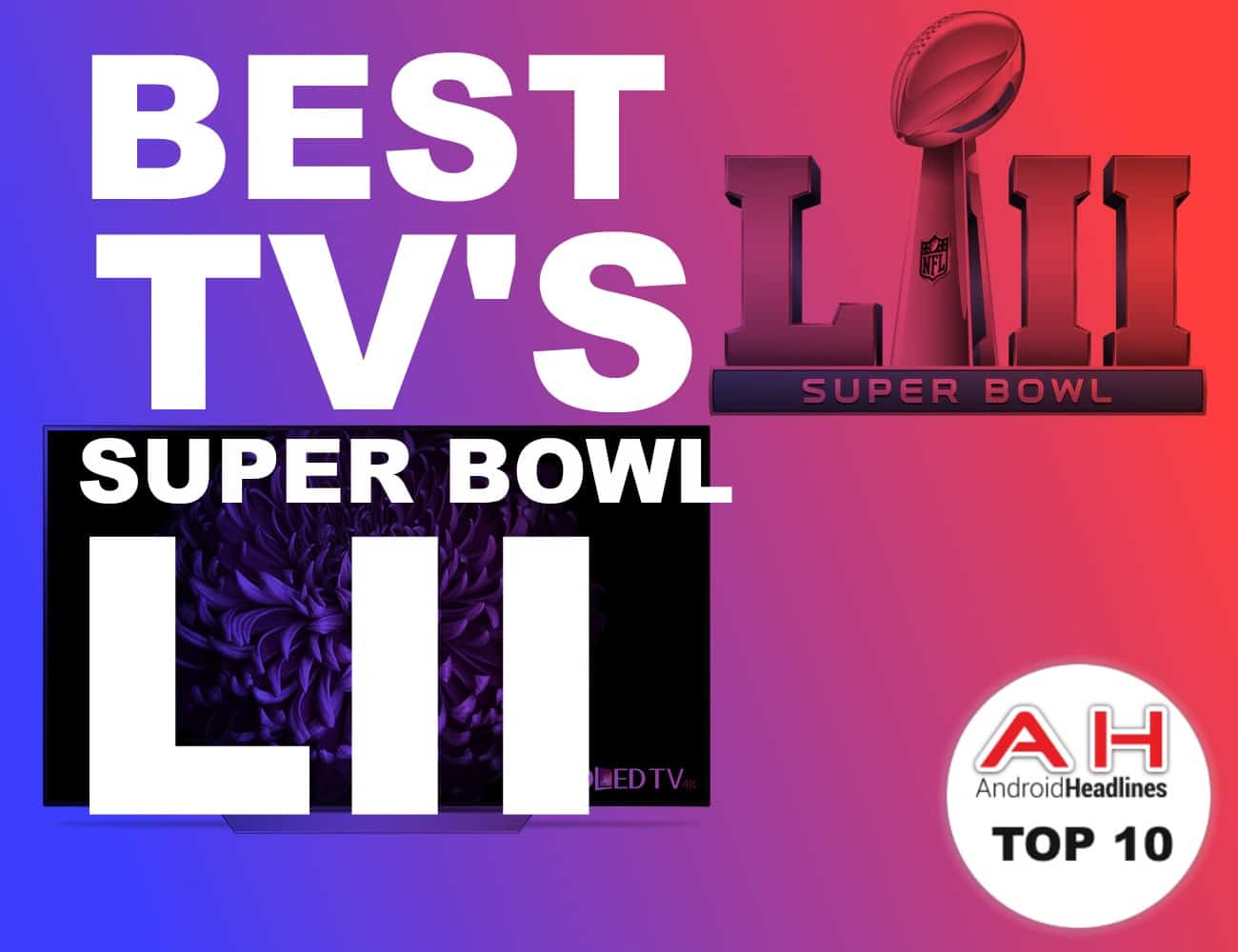 The Super Bowl, that'd be Super Bowl 52 or Super Bowl LII, is set to take place on February 4th, and we now know which two teams will be making the trip to Minneapolis. It's between the New England Patriots and the Philadelphia Eagles. The Super Bowl is the biggest game of the year, in virtually any sport. It will garner more eyes than really any other championship game, and that's not solely due to the sport or the game. But the Super Bowl brings the biggest and best commercials, and an incredible halftime show that is 45-minutes long. Which allows many people to have a Super Bowl party and get together with friends.

But that also makes it a great time to pick up a new TV. Many retailers offer up some deep discounts on the best TV's around. Some of these discounts are bigger than during the holiday season just a few weeks ago. So if you've been looking at getting a new TV, now is definitely the time to pick one up. Many of the TV's listed down below are already discounted, and would make great buys to watch the big game on, or really watch anything on. Of course, there is LG's OLED lineup, which is always a good choice. It has both Dolby Vision and Dolby Atmos so you're getting a great picture as well as great sound out of this TV. Then there is also Sony's OLED TV, which is quite a bit more expensive, but it is available in a larger size, and has Android TV built-in. This is pretty important if you are a cord-cutter, as you do get access to all of your favorite apps and games.

All of the TV's below will be great for watching Super Bowl LII on. Some of them are cheaper than others, but we did find many that were between 40 and 55-inches in size, which should be big enough for most people these days. The Super Bowl takes place on February 4th this year, and it's bound to be a pretty good game between the Patriots and the Eagles. 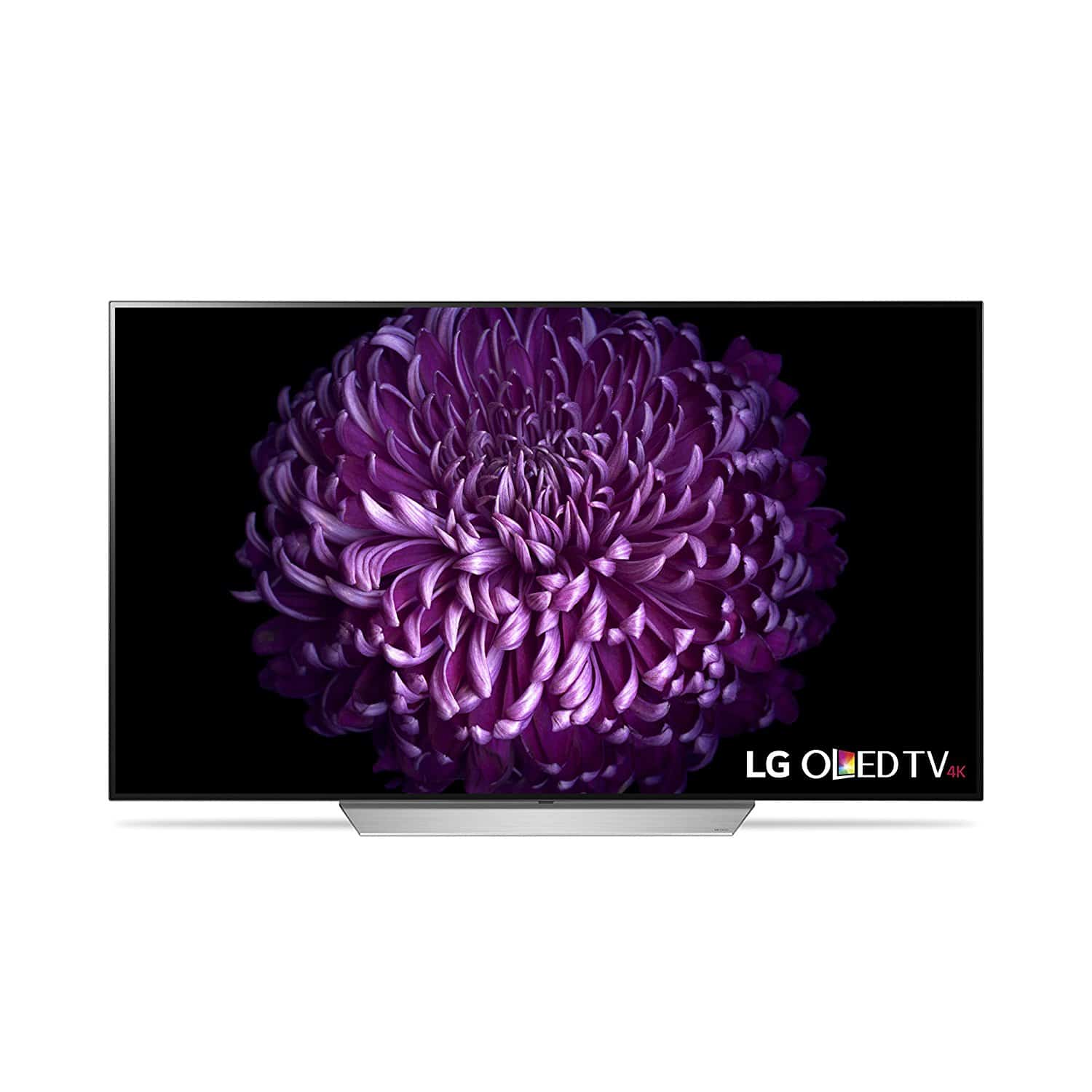 This 55-inch OLED TV from LG is going to look great during the Super Bowl on February 4th. It’s a 55-inch OLED TV, which is also in 4K. So you’re getting high resolution and a great panel. You also get Dolby Vision and Dolby Atmos with this TV, which means even better picture quality, but also great sound out of this TV. 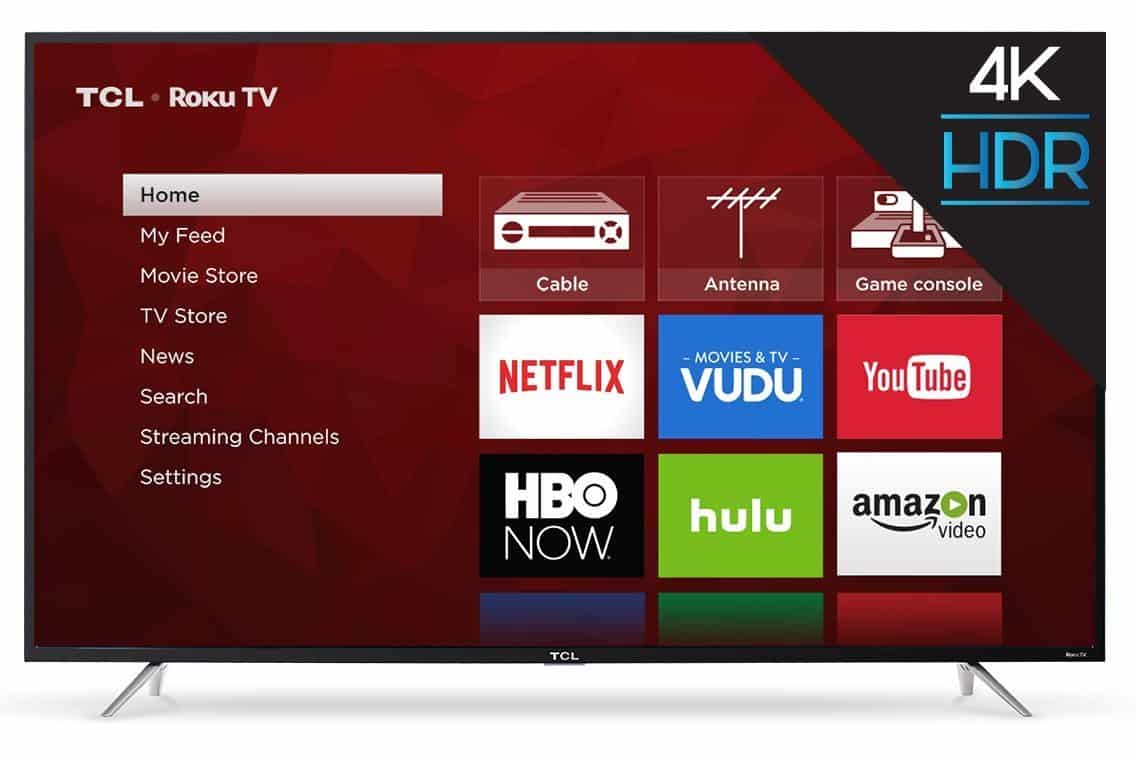 If you’re looking for something bigger, and a big cheaper, TCL has you covered here. This is its 65-inch Roku TV. It’s a 65-inch 4K TV with HDR, and it has Roku built-in, making it the perfect TV for any cord-cutter out there. With Roku, you’ll have access to over 450,000 movies and TV shows at your fingertips. There’s also 3 HDMI ports available for other set-top boxes. 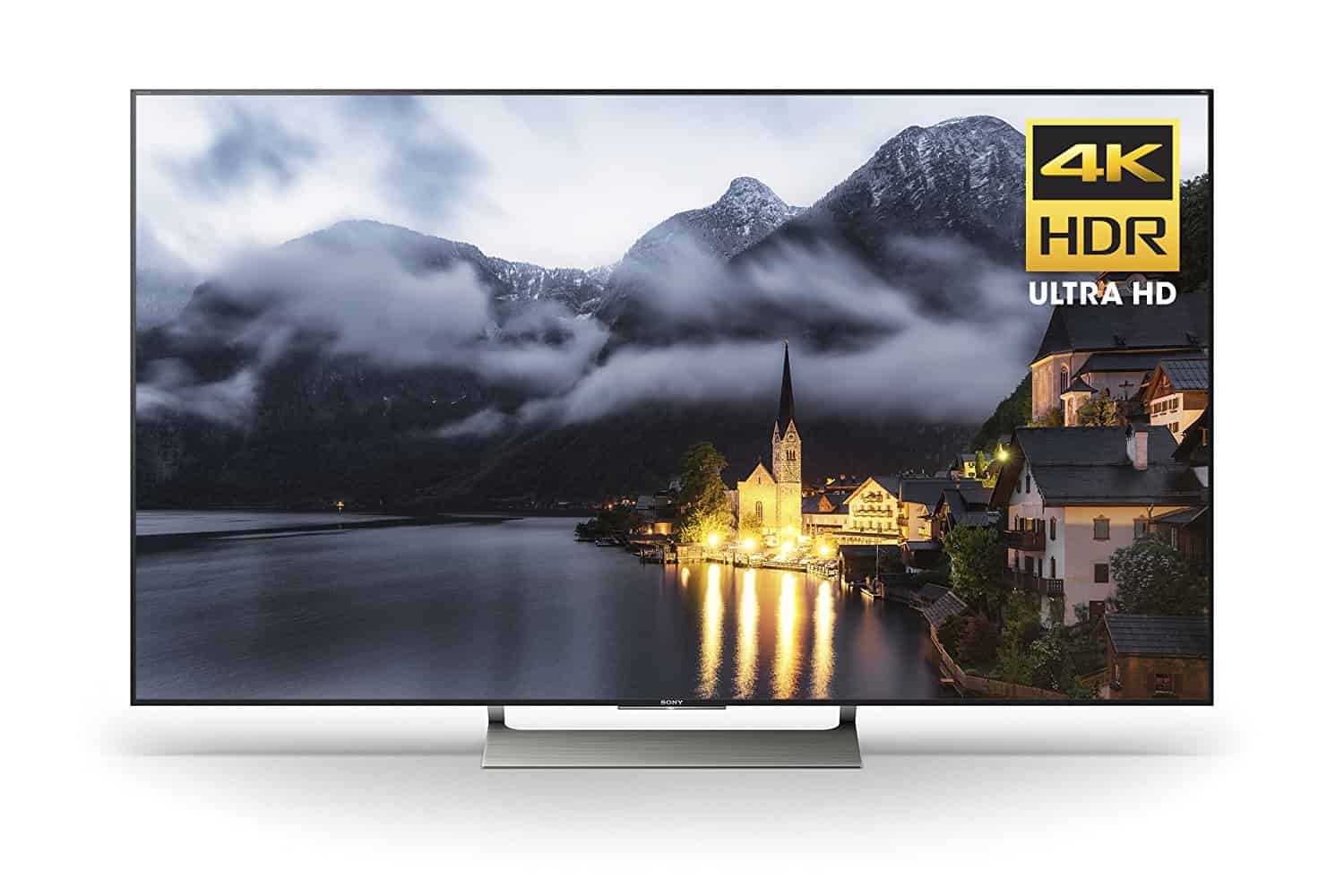 Here’s an even bigger TV, this time from Sony. This is not one of its OLED TV’s, it’s an LED TV but at 75-inches. This Sony TV is also 4K and does include support for HDR. It really checks all of the boxes for cord-cutters, seeing as it is actually an Android TV, but it does work with Amazon Alexa, allowing you to use Alexa to start a movie and such. 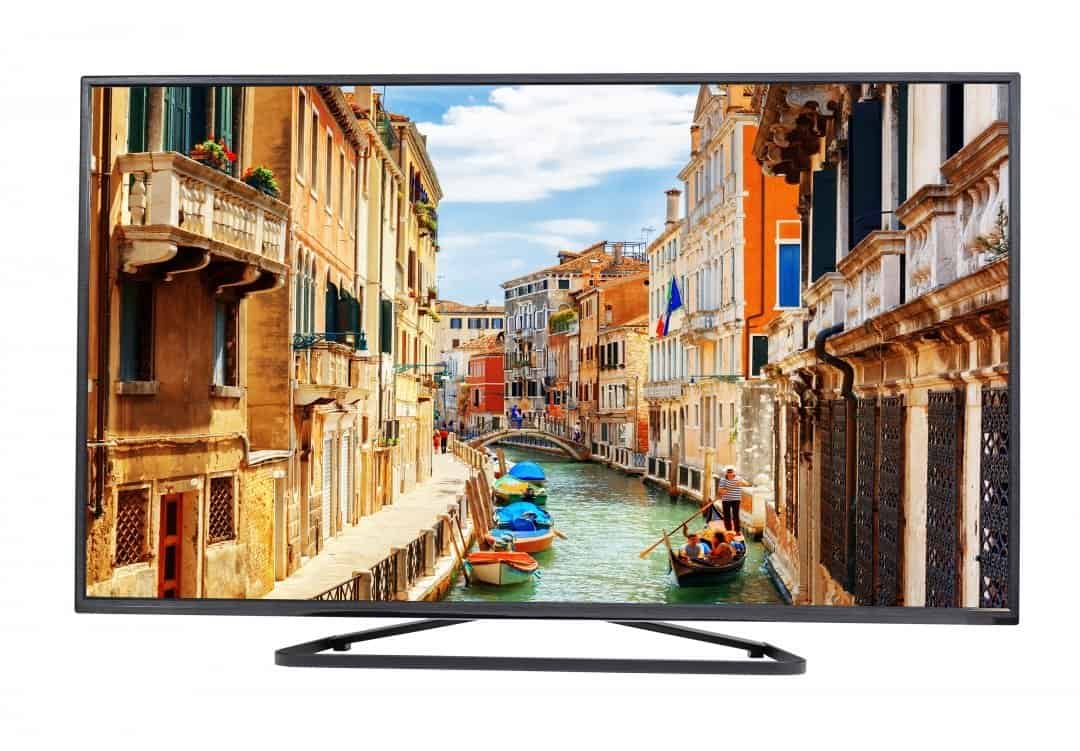 Looking for something a bit smaller? Sceptre has your back here. This is a 49-inch 4K TV here, which is also very slim. Now you won’t get all of the extra bells and whistles here like Dolby Atmos and Dolby Vision, but you will get a pretty good picture for a smaller price tag here. 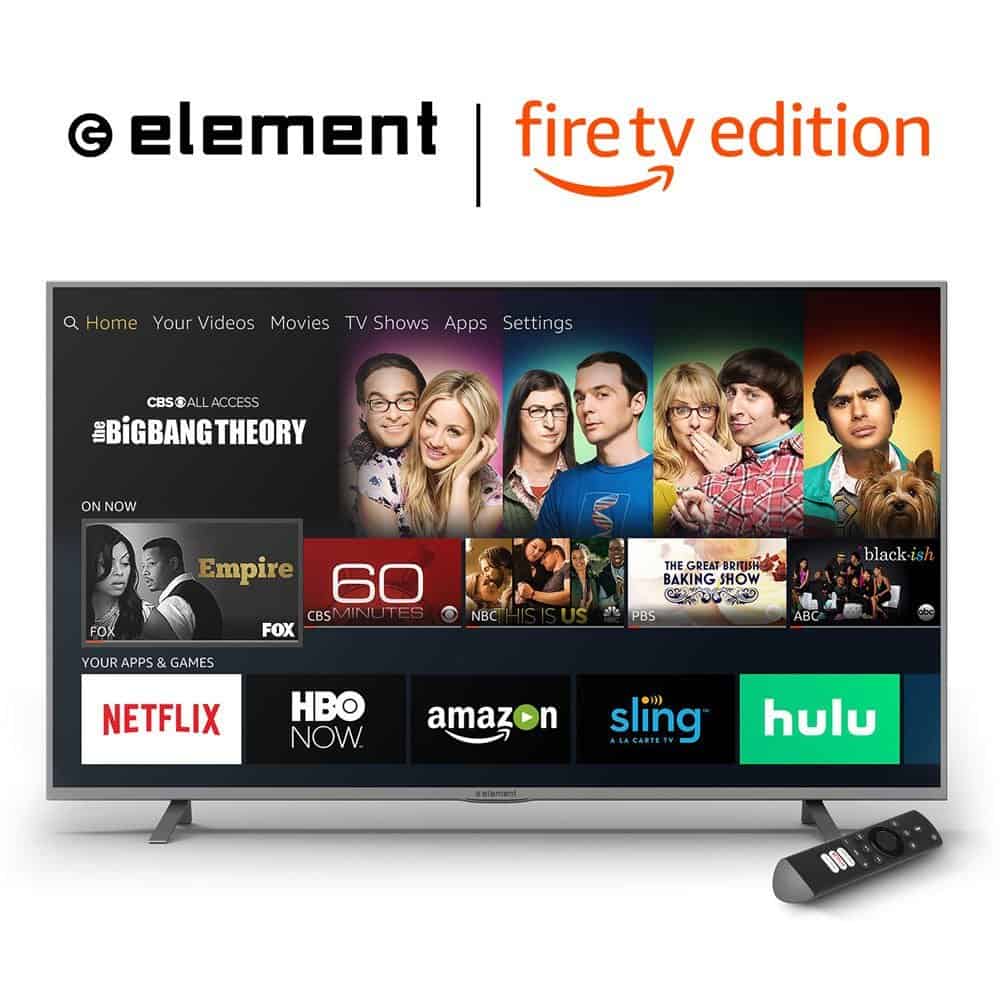 This is the TV that Amazon has gotten its Fire TV platform built into. So not only are you getting a great TV for cheap, but it also has Amazon Fire TV built-in, making it great for cord-cutters. Element also offers this in 43-inch, 55-inch and 65-inch models. It’s a 4K model with HDR and an incredible picture. 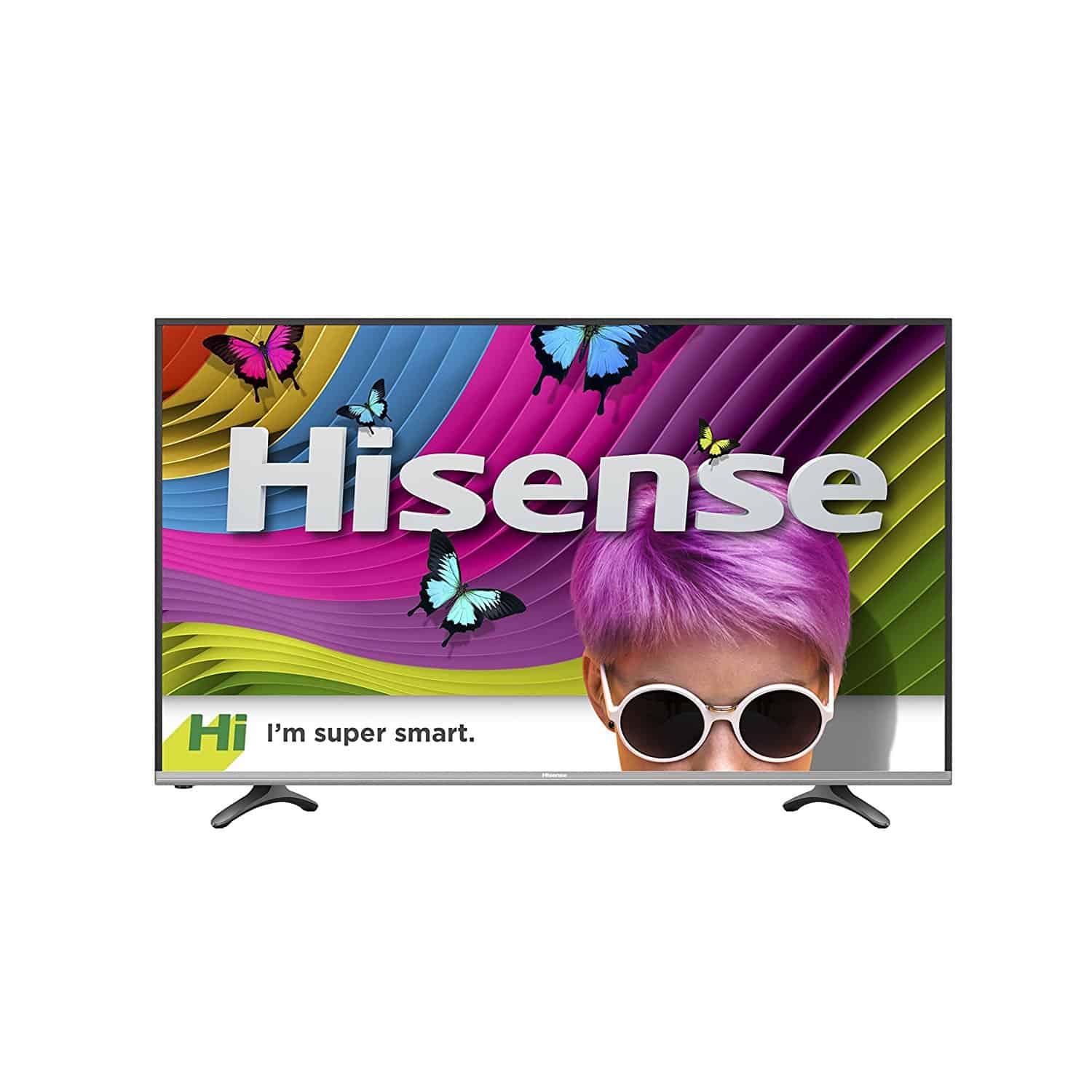 Hisense also has a great, big screen TV with big resolution, and it’s under $600. Making it a great price for this TV. It doesn’t have Android TV built-in, but there is its own operating system, which will allow you to stream all sorts of TV shows and movies from VUDU, Netflix and many more. It does also have HDR for a brighter and more rich picture. 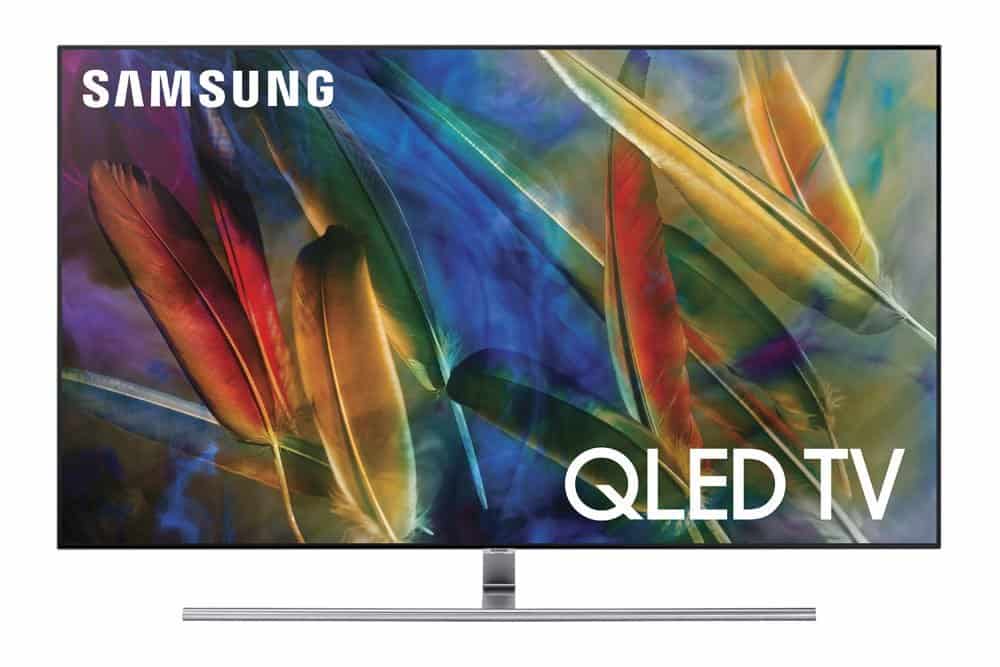 Samsung’s QLED TV’s also put out an incredible looking picture. While it’s not quite up to OLED’s standards, it’s still really good and a little bit cheaper. This is a 55-inch 4K TV model here, and has HDR Elite included for vivid images. With this TV, you’ll get better viewing angles, so it’s great for using in a large room where a lot of people may be watching the TV. 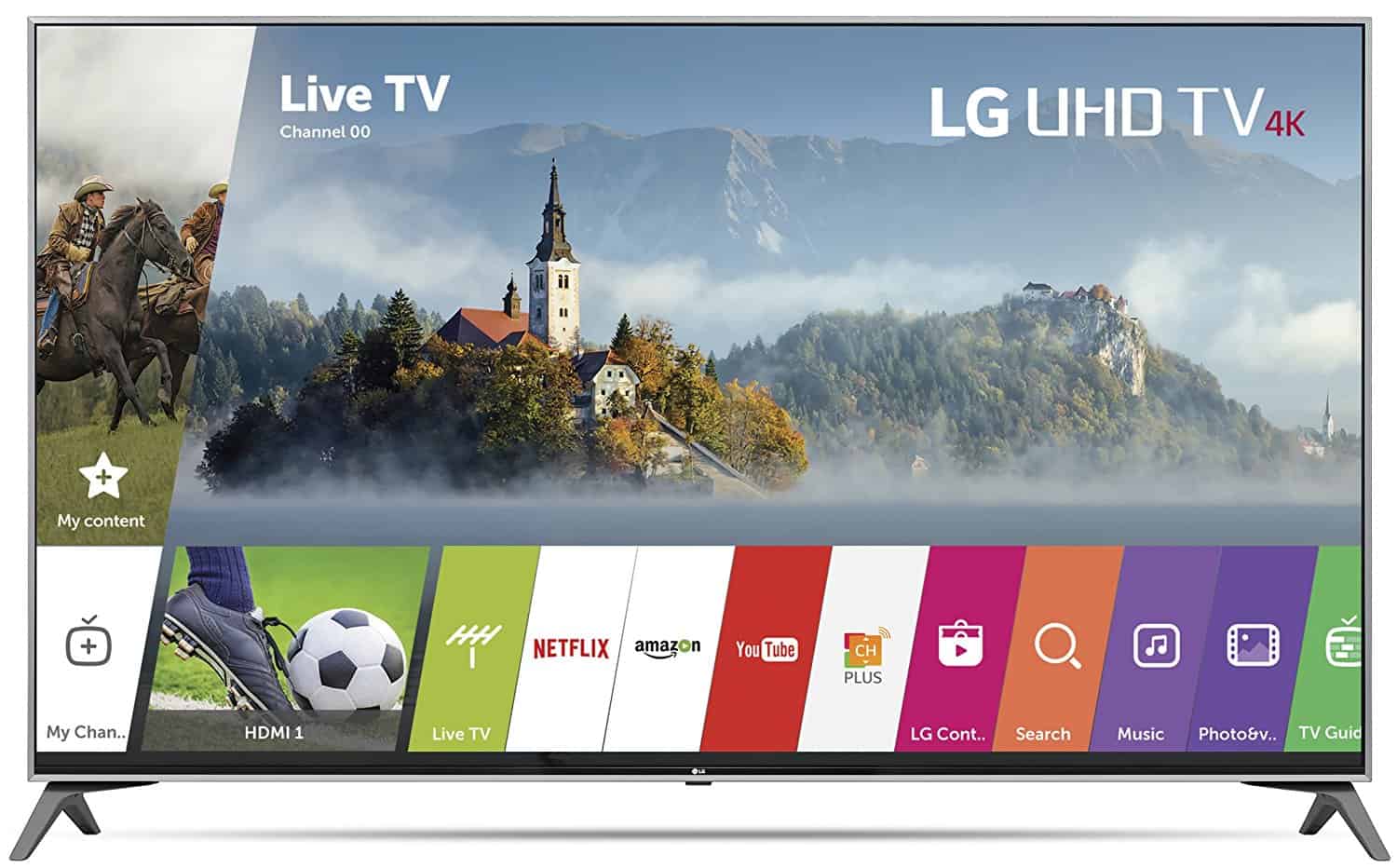 This is one of LG’s LED TV’s. It’s a bit cheaper than the OLED TV’s, but still has a great display panel and it has webOS on-board as well. So you’re getting all of the great apps available on the more expensive TV’s. Like Netflix, Hulu, YouTube and many more. 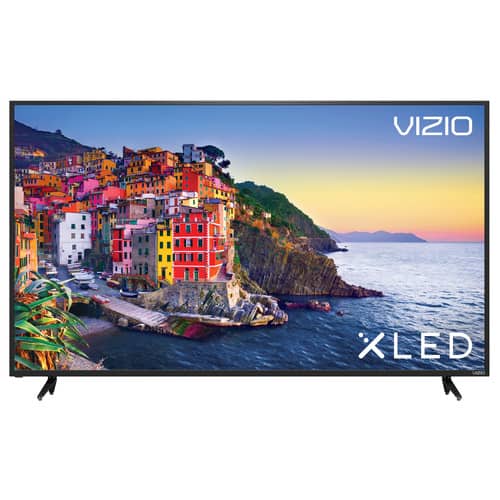 VIZIO here has a huge TV, a 70-inch 4K HDR TV. It’s based on XLED technology, so it’s still a great looking TV. It has HDR10 support, as well as DTS Studio Sound. On top of that, it’s one of VIZIO’s SmartCast TV’s which means Chromecast is built-in. Allowing you to easily Cast content to your TV from your smartphone. 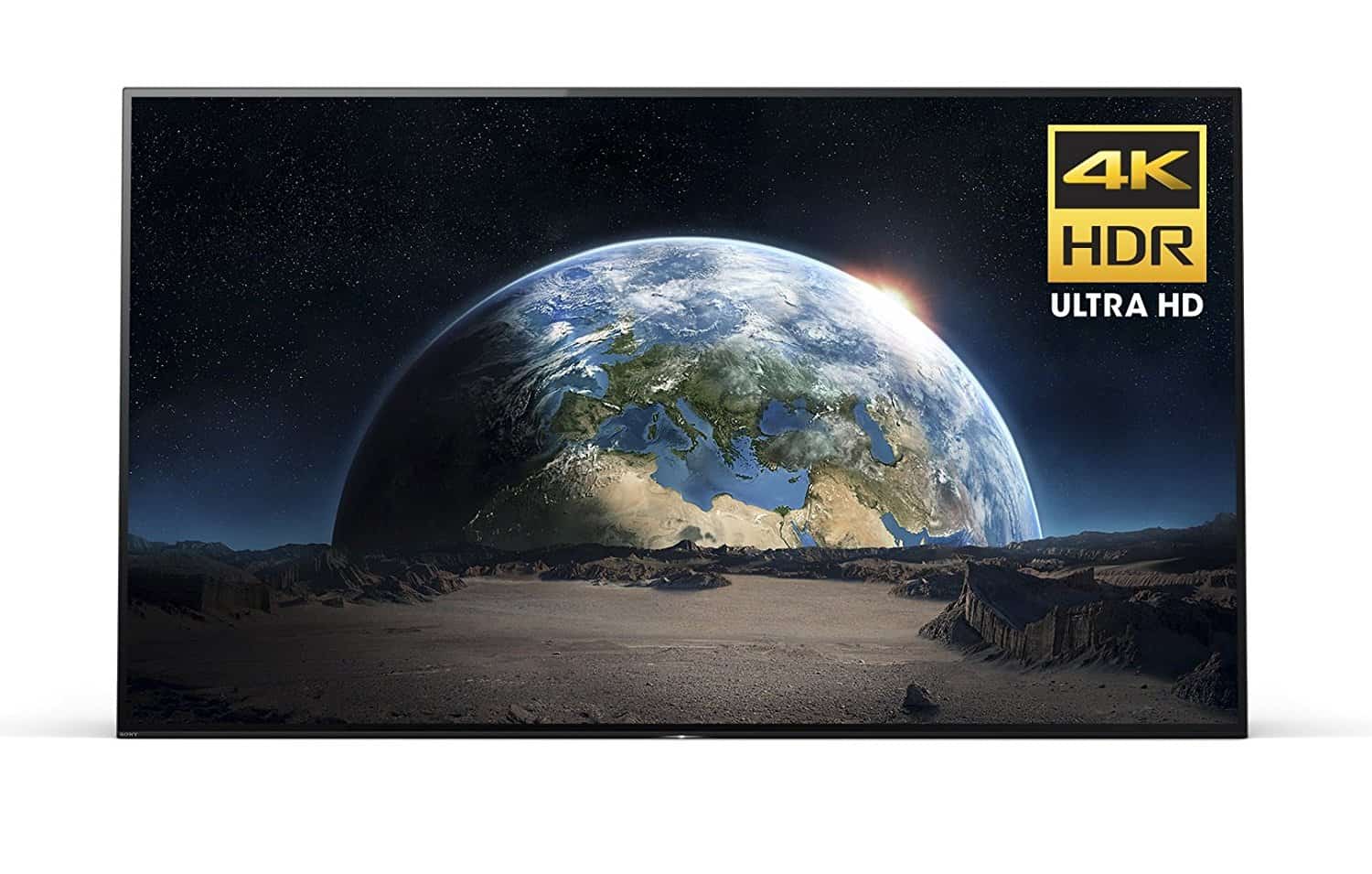 Sony’s OLED TV is also a great choice for watching the Super Bowl on. This is the XBR65A1E, which is a 65-inch BRAVIA OLED TV, and it provides an incredible picture. It does have HDR included, with the X1 Extreme chipset that Sony uses. Additionally, this is also an Android TV set, which means you have all of your favorite apps and games at your fingertips.

Buy Now!
Trusted By Millions
Independent, Expert Android News You Can Trust, Since 2010
Publishing More Android Than Anyone Else
13
Today
13
This Week
505
This Month
3017
This Year
104496
All Time
Advertisement