Toyota’s vision for mobility that turns transportation into a constant state of being isn’t just endlessly ambitious and downright incredible; it’s technologically feasible.

To say that Toyota reimagined itself at the 2018 edition of the Consumer Electronics Show would be an understatement, even though the star of the company’s portfolio showcased last week in Las Vegas was not a technology ready for commercialization but just a concept. Still, the e-Palette project detailed by the Japanese automaker seeking to become a mobility firm was nothing short of revolutionary in its implications, describing a massive end-to-end solution for a self-driving economy. While Toyota’s e-Palette is meant to encompass the kind of autonomous ride-sharing and ride-hailing services that Uber, Lyft, and Waymo have been talking about for years now, it also does so much more; it envisions mobile warehouses, restaurants, clinics, and repair shops, as well as clothing stores, bars, and hotels. In Toyota’s own words, the e-Palette ecosystem is meant to deliver “on-demand cities” to any place at any time.

Even though CES has a long history of being the launch platform for overly ambitious and commercially unfeasible ideas, the reason why e-Palette was easily the best innovation showcased at the latest iteration of the annual trade show is the surprisingly specific and relatively refined commercialization plan that came along with it. Toyota already has a software backend for the solution; it’s called the Mobility Services Platform (MSPF) and has been in the making since late 2016, having already been tested with U.S. car-sharing startup Getaround. In essence, the system is meant to allow for a robust vehicle-sharing network for enterprises, allowing businesses to rent a few cars or an entire fleet in a matter of minutes. 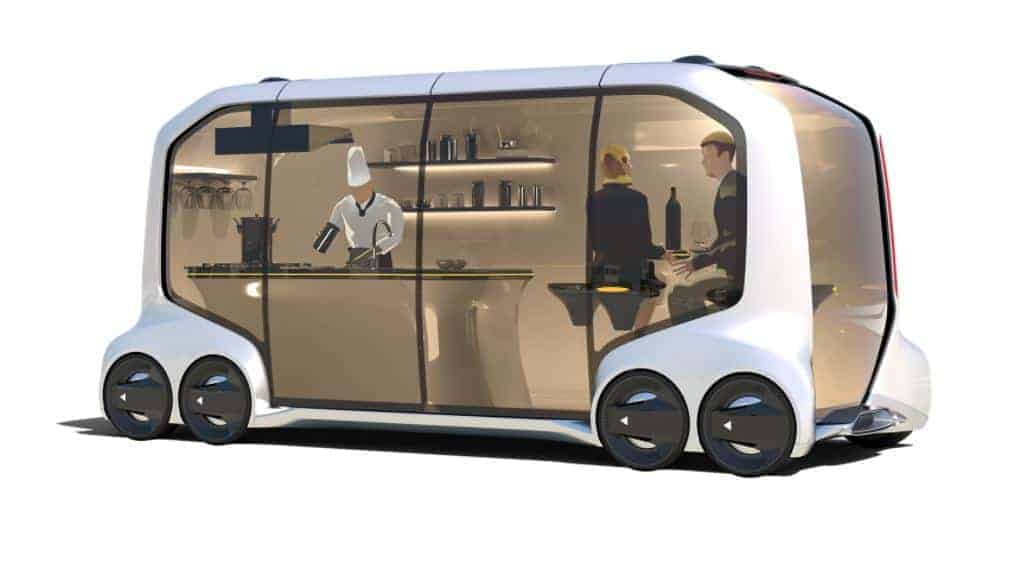 With e-Palette, the Japanese company is taking the MSPF concept a step further by replacing traditional vehicles with environment-friendly electric pods powered by its existing technologies. These capsules can (primarily) be used for transportation but can also be ordered entirely empty, theoretically leaving Toyota’s clients to populate them with whatever they see fit. Add the emerging self-driving technologies to the mix and you get the newly announced e-Palette, the idea that businesses of the future won’t be renting corporate cars but mobile offices which will be entirely refittable within 24 hours, allowing for both short and long-term leases.

Imagine ordering takeout and having an actual kitchen or an entire restaurant deliver it to your doorstep. Imagine touring Europe in a hotel room. Imagine seeing a dentist on your way to work while you’re literally traveling to work, only to hop into another office on eight electricity-powered wheels which drive on its own, leading you to your 1 PM appointment while letting you focus on preparing for the meeting. In its purest form, Toyota’s e-Palette is a technology with the potential to revolutionize the global economy by transforming transportation into a constant state of being and not a standalone activity conducted in between the actual acts of doing business. As such, it’s incredible in its own right, infinite in its applications, and particularly amazing in regards to the manner in which it could make everything much more efficient, thus being by far the most impressive piece of technology announced at CES 2018. 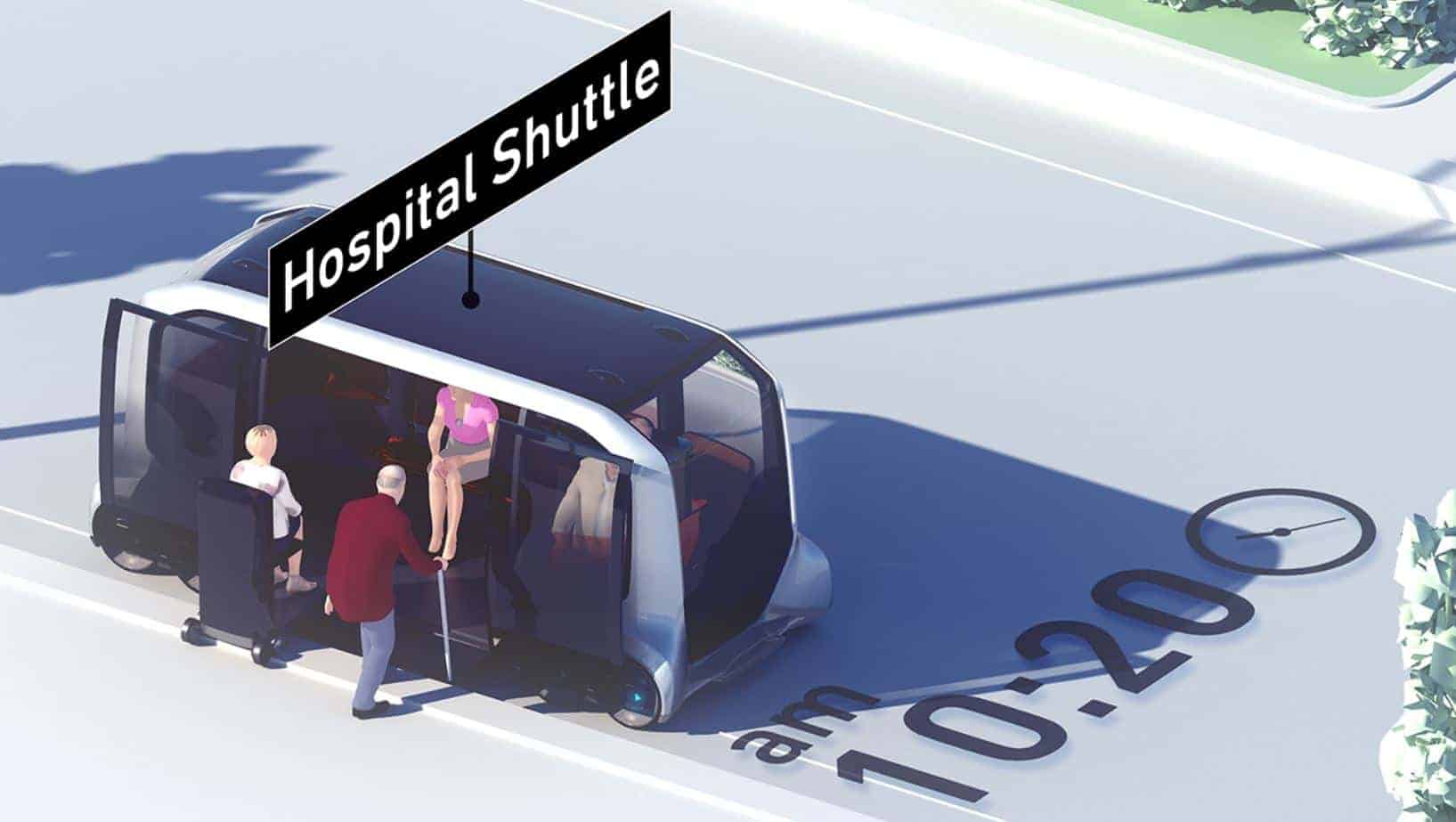 Better yet, Toyota’s e-Palette may be closer to a commercial reality than you think as the Japanese company is already collaborating with Amazon, Mazda, Uber, Didi Chuxing, and Pizza Hut in order to further refine the concept and technologies meant to power its autonomous pods which are currently planned to be offered in three sizes. Toyota is also adamant to keep its solution entirely open in regards to third-party software support, allowing someone like Uber to easily integrate its ride-hailing network into its B2B mobility platform, which is also one of the first expected commercial use cases of e-Palette.

Unsurprisingly, the platform still doesn’t have a specified availability window, though Toyota sees it as the backbone of its future business model that will allow it to prepare for the world in which the concept of personal car ownership is a thing of the past, whereas the terms “corporate vehicles” and “office spaces” are used interchangeably. The automaker is now focused on fine-tuning the technology and advancing autonomous driving solutions that will be integral to its solution but even this early stage of e-Palette’s development already left many industry watchers highly impressed, even if most are still only cautiously optimistic about its viability. Still, as far as innovations are concerned, CES 2018 didn’t deliver anything nearly as promising as Toyota’s vision for mobility. 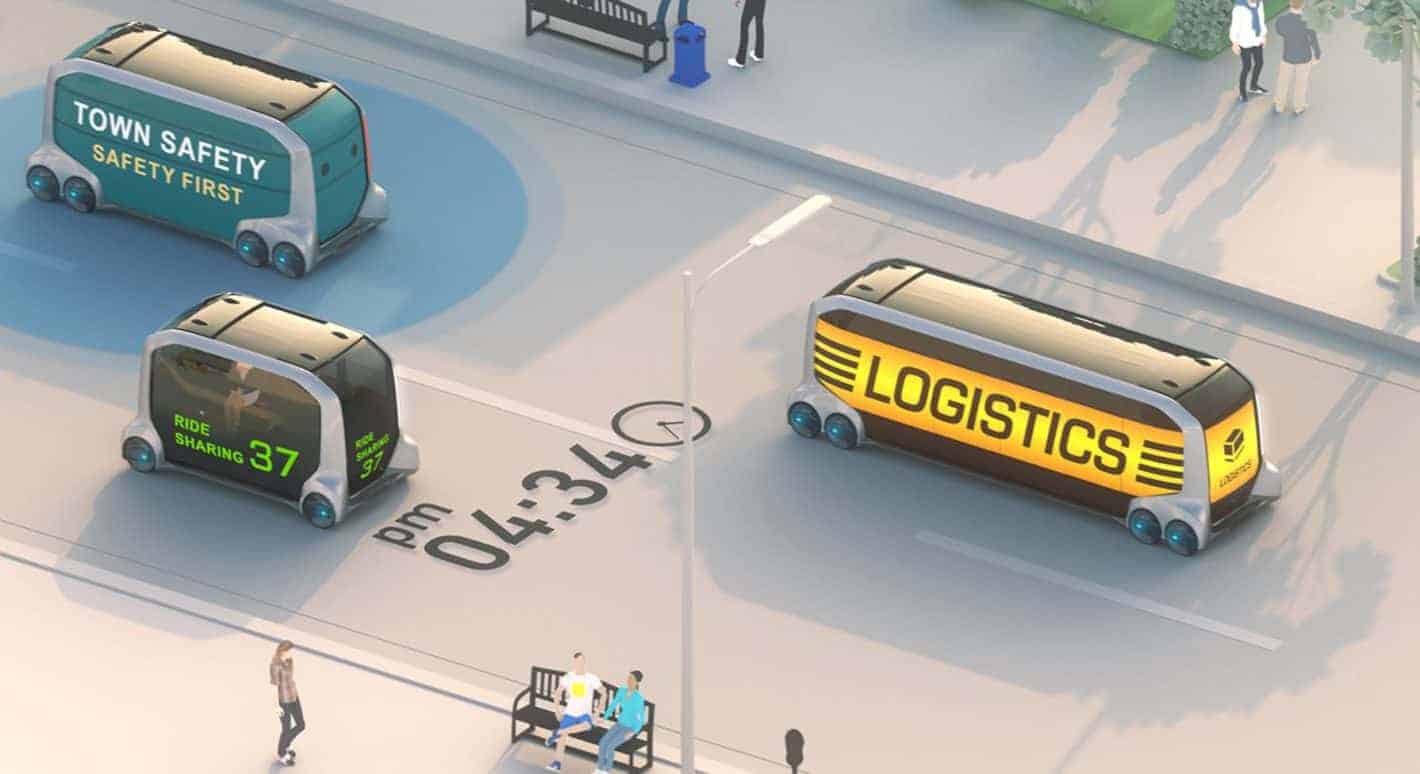 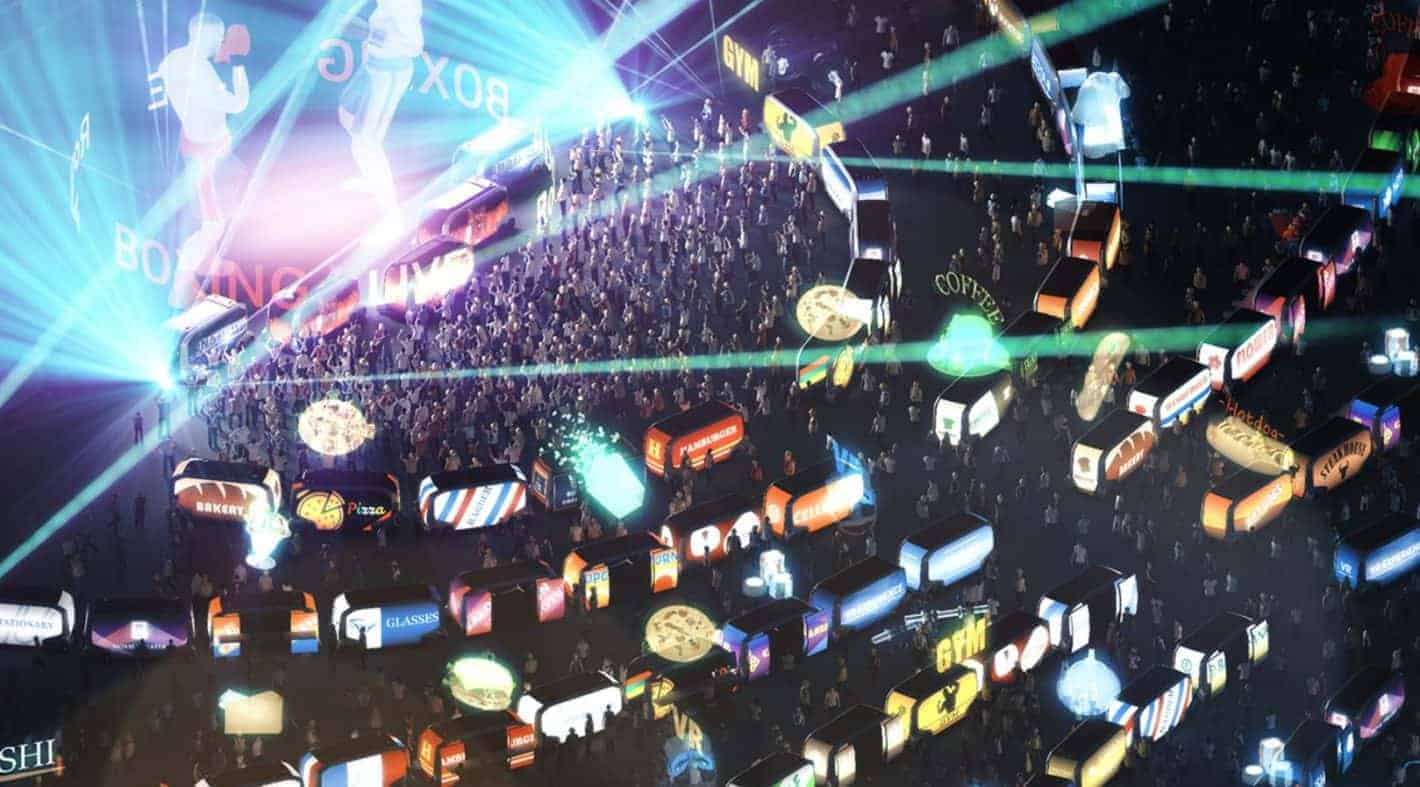 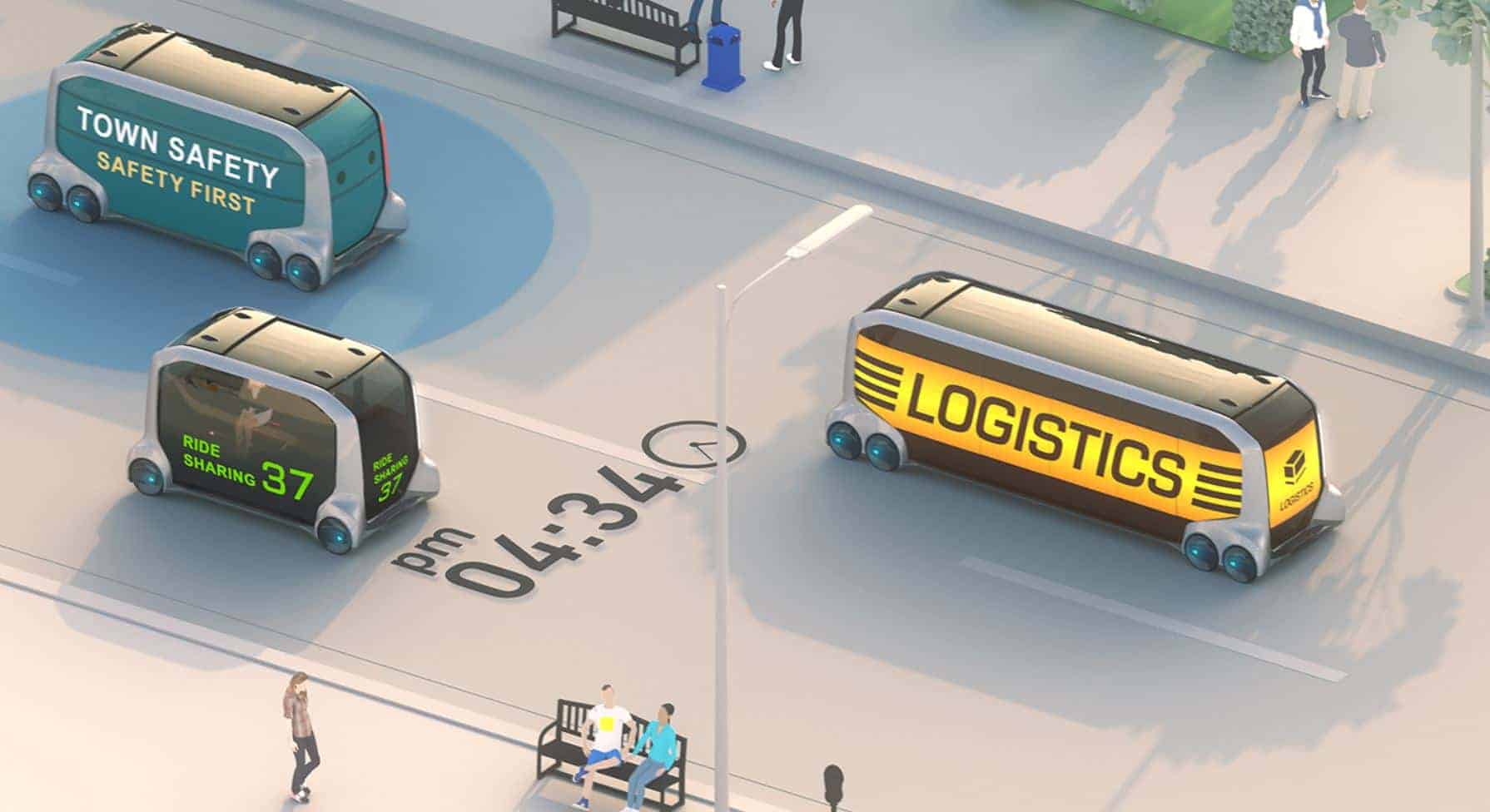 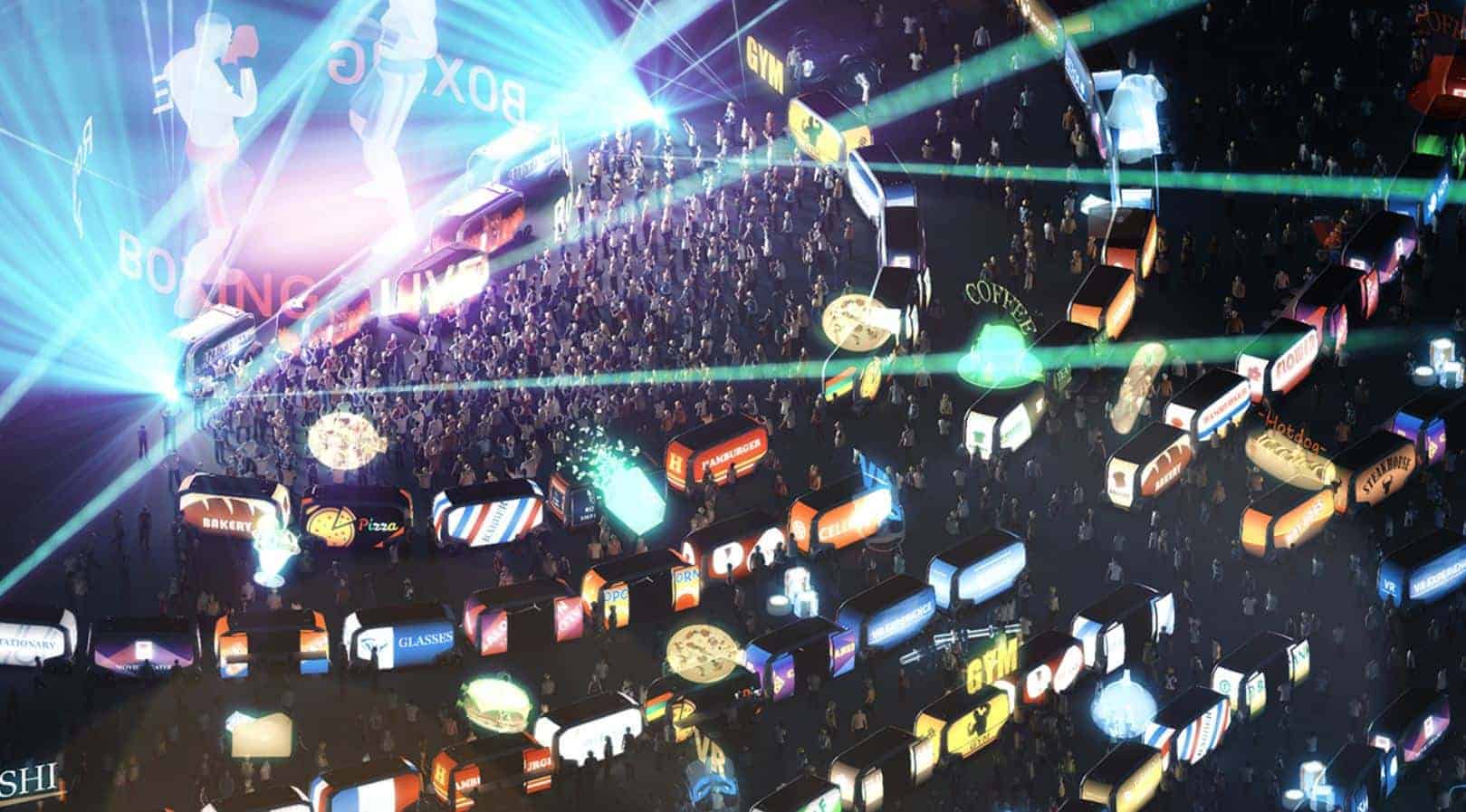