Lenovo Smart Display is a Google Assistant-powered speaker, which also comes with a rather large display.

It seems like we’ll be seeing quite a few gadgets equipped with Google Assistant-ready Smart Displays, and Lenovo was amongst the first companies to announce such a product, and it seems to be quite compelling, which is why we’ve decided to highlight it, even though it did not have much competition at CES 2018. The company announced a new line of devices which will sport such displays, to be more exact, the company announced two upcoming products that will, for now, 8 and 10-inch smart speakers. Lenovo did not really release a lot of information when it comes to these two devices, but they did share some info with the public, based on which we’ve made our decision.

The Lenovo Smart Display is imagined to be either a device that will sit by your bed, or somewhere else in your home where you’ll find a use for it. This device, as it is equipped with Google Assistant, can answer a ton of your questions, and also perform some tasks for you, no matter if you want to know what’s the weather like outside before you go to work, or perhaps you want to know the result of the latest game you were unable to watch. Now, thanks to the Google Assistant integration, this can also be your main IoT device, presuming you have some other gadgets in the house, which are compatible with Google Assistant, so you can basically use this to navigate your robot vacuum, or perhaps control lights around your house. All in all, Google Assistant allows this gadget to be quite useful in a number of areas, and replace the Google Home in a way, as it serves as a speaker as well, but unlike the Google Home, it also sports a display. 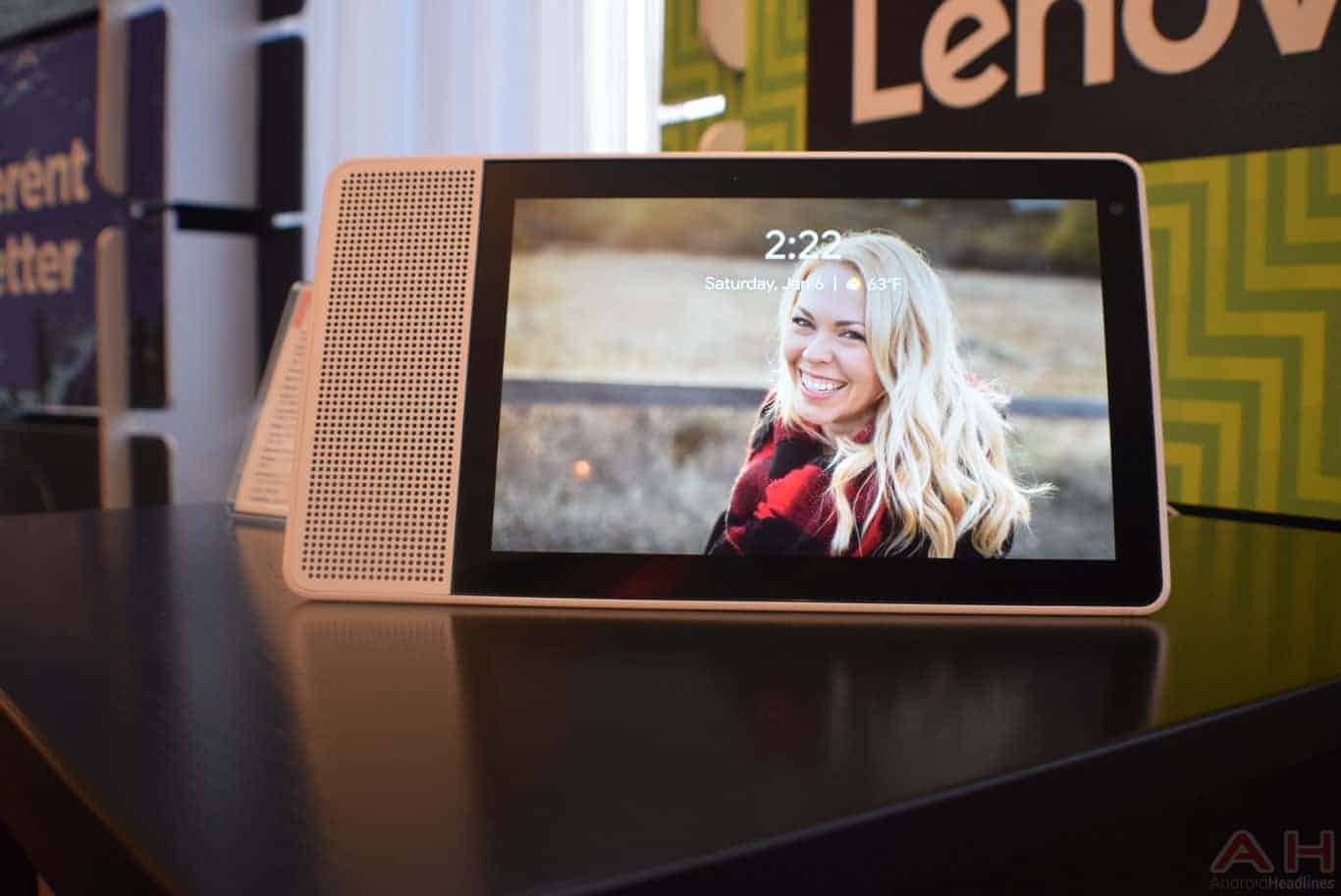 It is worth noting that the 8-inch Lenovo Smart Display will sport an HD (1280 x 720) display, while the 10-inch variant will ship with a fullHD (1920 x 1080) panel, which means they will sport regular display ratios (16:9). We have actually managed to get some hands-on time with both of those Smart Displays, so we can tell you a bit more about their design as well. The 8-inch and 10-inch models look the same, though they will both be available in two different variants, Gray and Bamboo models. Both of those variants come with white-colored front, and both sport a rather interesting back side, which also serves as sort of a fixed kickstand (this gadget is limited to a landscape orientation) for the Lenovo Smart Display. The front-facing speaker is placed on the left side of the Lenovo Smart Display, right next to its display. On top of everything, Lenovo had confirmed that the Lenovo Smart Display devices will be fueled by the Qualcomm SDA 624 SoC which comes with an integrated CPU, GPU, and DSP, while it also provides both Wi-Fi and Bluetooth connectivity.

Lenovo did say that the 8-inch and 10-inch Lenovo Smart Display models will be priced at around $199 and $249, respectively, but it seems like those are not their final price points, which is not all that surprising considering that the two devices will land in early Summer this year, according to the company. Feel free to check out our Lenovo Smart Display hands-on images and / or hands-on video, if you’re interested.

Sponsored Video
Advertisement
Trusted By Millions
Independent, Expert Android News You Can Trust, Since 2010
Publishing More Android Than Anyone Else
15
Today
158
This Week
615
This Month
1289
This Year
111398
All Time
Advertisement