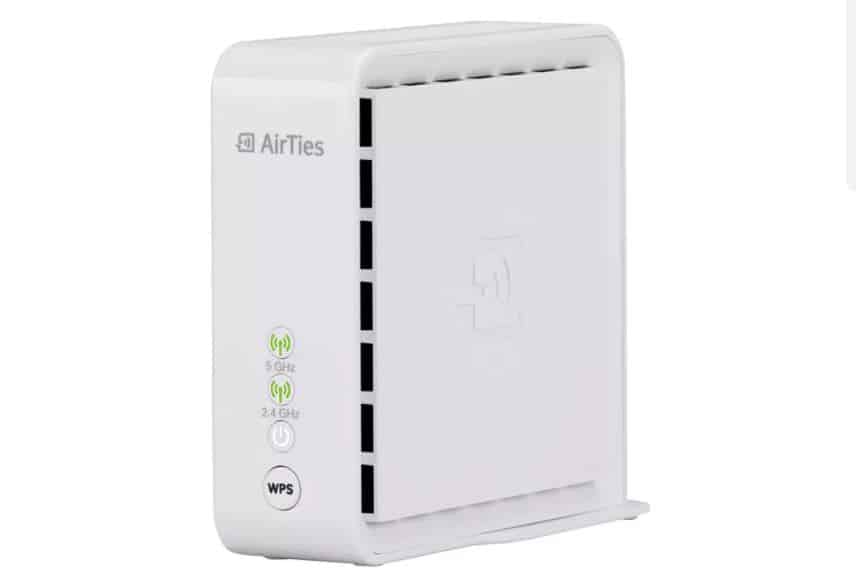 The network operator AT&T has recently unveiled the AT&T Smart Wi-Fi Extender. This network product was created in partnership with the device manufacturer AirTies. The company states that its Smart Wi-Fi Extender takes advantage of mesh networking technology and it claims that its product is capable of boosting the signal strength of Wi-Fi, which improves the coverage of the Wi-Fi network inside the home.  The improvement in signal strength and coverage allows the user to stream or download anywhere within the house. AT&T further states that its smart extender chooses the fastest Wi-Fi connection for the devices connected to the network, which should help improve the data speeds experienced by the user.

The AT&T Smart Wi-FI Extender features a dual-band concurrent wireless access point with a maximum data speed of 1.6Gbps, and it supports both the 802.11ac and the 802.11n Wi-Fi standards. The product includes 2 Ethernet ports, a port for the power adapter, and a WPS button, which could be used to set up wireless devices that support WPS. The smart extender also supports a variety of security options including the personal and enterprise versions of both WPA and WPA2 security protocols.

AT&T states that each Smart Wi-Fi Extender device is capable of covering up to 1,000 square feet. The company recommends that users purchase one smart extender for houses with either two floors or a floor area of up to 3,000 feet, while two smart extenders are needed for homes that have a size of 3,000 square feet to 4,000 square feet. For houses that are larger than 4,000 square feet, three smart extenders are needed. Right now, users can only use three smart extenders inside the home, and these products are only compatible with two Wi-Fi gateways, the Model 5268AC and BGW210. After setting up the smart extender, AT&T customers may manage their Wi-Fi networks using the AT&T Smart Home Manager app, which could be downloaded by consumers from the Google Play Store. Through the app, customers may modify the name and the password of their Wi-Fi network. Moreover, they could also monitor the users and devices connected to the network and set up a guest network through the app. Interested consumers may purchase the smart extender from AT&T's website for $34.99, which is considerably cheaper compared to other competing Mesh Wi-Fi offerings.