According to newly-leaked info, the ASUS ZenFone 5 Lite could arrive in the near future. This handset has been certified in Russia, and based on the provided info, this will be a mid-range smartphone, which will sport a 6-inch display, and it will be fueled by one of Qualcomm’s processors. The phone has been certified with a ‘ZC600KL’ model number, and the ‘KL’ letters basically confirm that the phone will ship with one of Qualcomm’s processors, and that it will include 4G LTE support, as expected.

Now, the number ‘60’ in its model number confirms a 6-inch display, though we’re still not sure whether this display will sport a regular 16:9 display aspect ratio, or a narrower 18:9 display aspect ratio. ASUS’ CEO, Jerry Shen, confirmed a couple of months ago that the company plans to release ZenFone 5 smartphone in March, which means that the company will shorten the time span between releases this time around. ASUS’ ZenFone 4 models were delayed last year, and had arrived in August, while they were made available for purchase in October, so if ASUS announced ZenFone 5 models in March, that probably means that they will become available in either April or May, thus shortening the time span between releases quite a bit. ASUS is actually expected to trim down bezels this time around, so at least some ZenFone 5 handsets will ship with thin bezels, though probably not all of them, as some of them will be quite affordable, we’ll just have to wait and see, though.

We do not have all that much info when it comes to the ZenFone 5 handsets, as the devices did not leak out just yet, everything we know has been revealed by the aforementioned certification. ASUS is expected to announce several ZenFone 5 models in March, however, as it’s the case every year. The company usually reveals three or more devices at the same time, and it is quite possible that we will see both mid-range and high-end devices make an appearance in March, perhaps even during the Mobile World Congress (MWC) in Barcelona. MWC 2018 is expected to be quite eventful when it comes to smartphone releases, as Samsung confirmed quite recently that the Galaxy S9 and S9 Plus will be announced during MWC, and in addition to both Samsung and ASUS, a number of other companies are expected to introduce their smartphone offerings. 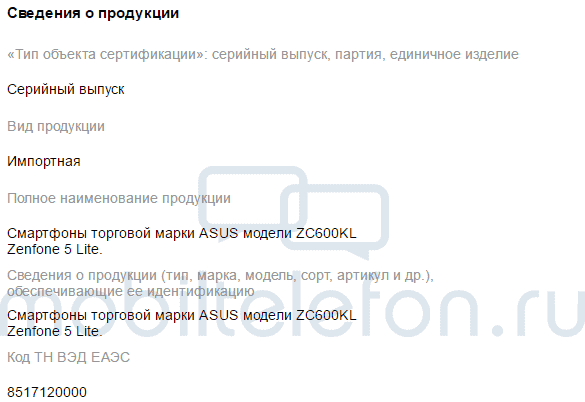