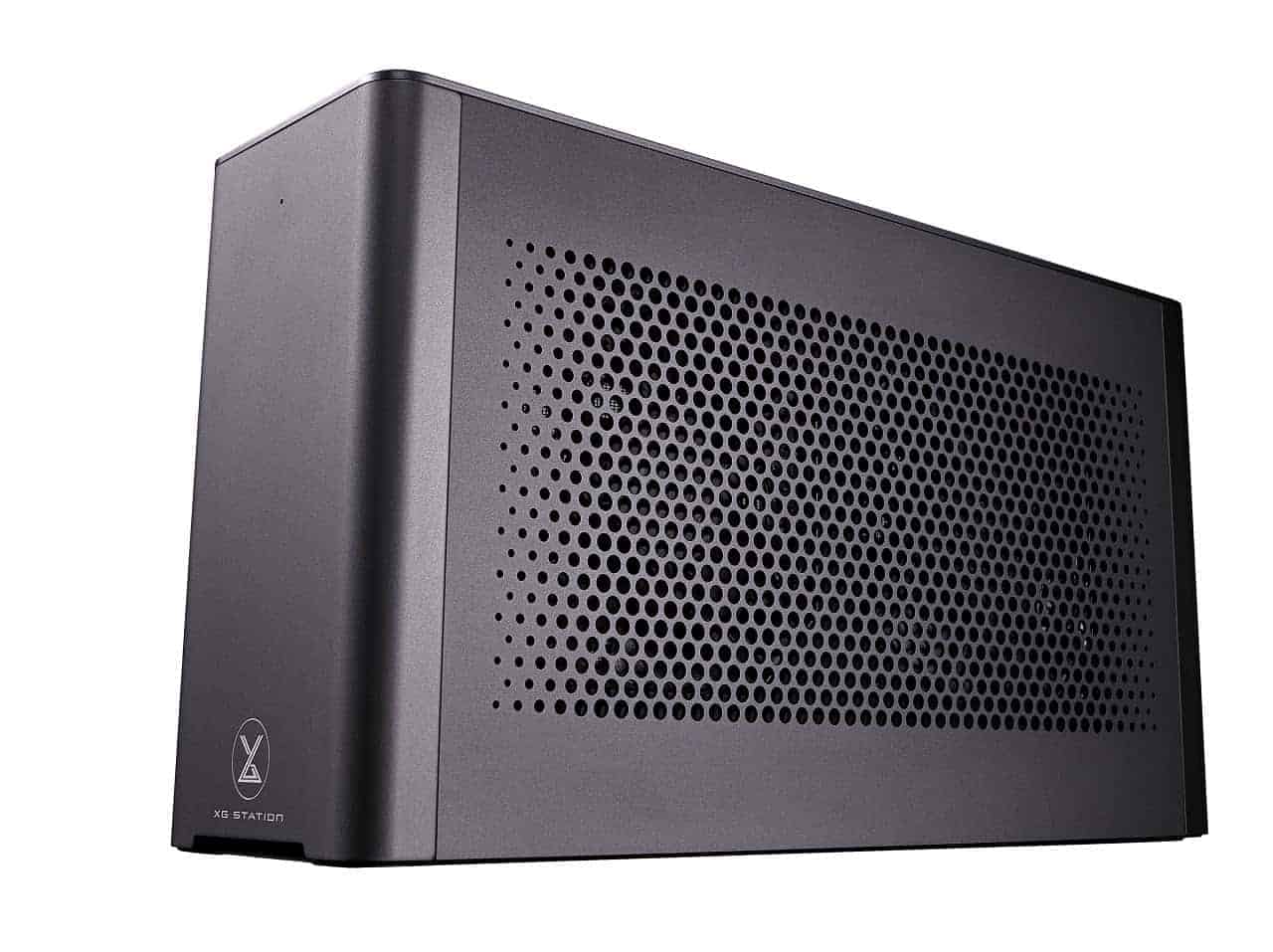 ASUS has announced a new external graphics card dock for laptops called the XG Station Pro. Similar to the ROG (Republic of Gamers) XG Station 2 launched in 2016, the new dock is based on the Thunderbolt 3 interface, however unlike ROG's solution designed primarily for gamers, the latest ASUS XG Station Pro is meant as a business-class alternative aiming to improve the productivity of video content creators, 3D modelers and so on. Likewise, the new dock's exterior design is much more inconspicuous compared to the ROG alternative and while the unit still offers customizable interior LED lights, it seems to lack the XG Station 2's flashy plasma tube.

The ASUS XG Station Pro chassis was created in collaboration with case maker In Win. The case is made out of aluminum and features dual 120mm In Win fans designed to pull heat away from the back of the GPU. These fans are programmed to turn on only when the chassis' internal temperature exceeds a certain level so the box will remain silent when performing less demanding tasks such as surfing the web. The interior has a soft white glow by default, however, users can lean on the Aura software to customize their internal LED colors or sync them to match the LED configuration of compatible ASUS and ROG graphics cards that may reside within it. As far as connectivity goes, the dock relies on the Thunderbolt 3 interface to send video signals to connected laptops over 40Gbps of bandwidth. The retail package also includes a 5-feet Thunderbolt 3 cable, and the dock features an extra USB Type-C connector supporting 15W of power. Finally, the dock itself relies on the same passively-cooled external 330W PSU employed by the liquid-cooled ROG GX800 gaming laptop. Power is split between dual 8-pin connectors and the PCIe slot, and the PSU should pack enough punch to power even overclocked Strix graphics cards from ROG.

As yet, the dock supports AMD and NVIDIA GPUs in Windows 10, however, it is only compatible with AMD Vega GPUs in macOS Sierra. Otherwise, the dock should offer enough internal space for cards up to 2.5 slots wide, including the ROG Strix GeForce GTX 1070 Ti and 1080 Ti, the Radeon RX Vega 56 and 64, as well as desktop-grade cards including the GeForce GTX 900 and Radeon R9 series. The ASUS XG Station Pro will launch later in January for the price of $329 and the product will be showcased at CES 2018 in Las Vegas from January 9-12.