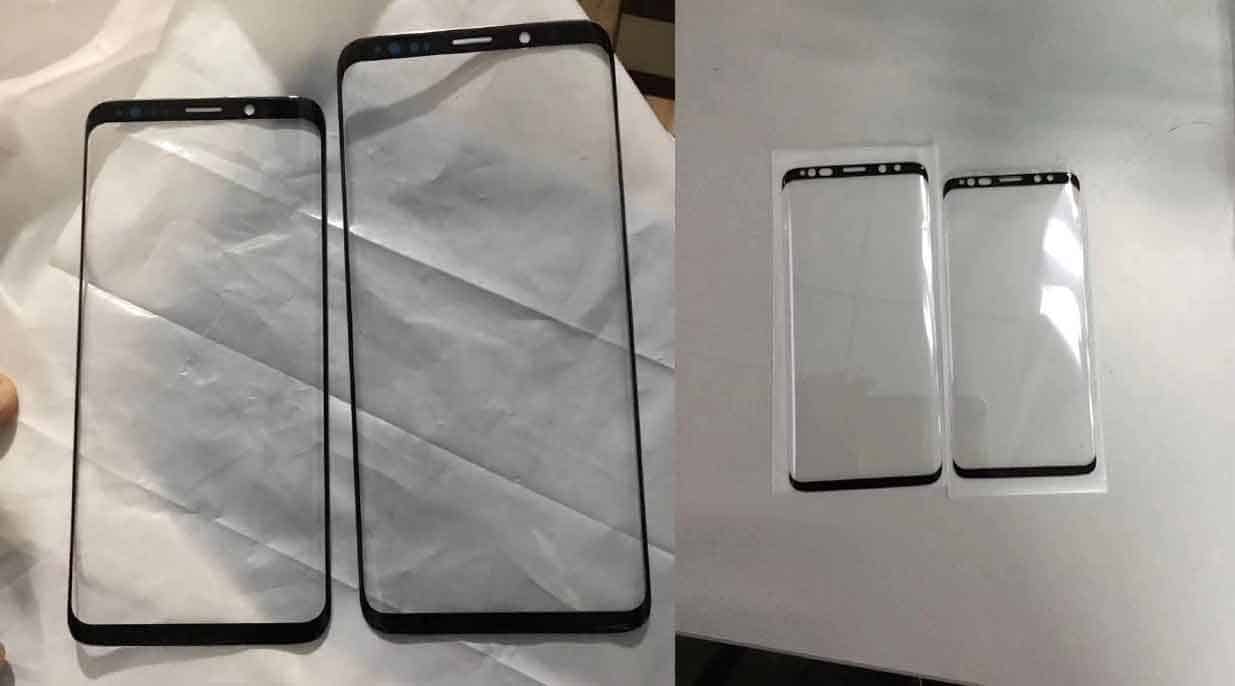 Yet another pair of screen protectors said to be intended for the Galaxy S9 and Galaxy S9 Plus leaked online, having been shared by an industry insider from China. The accessories seen above indicate that Samsung will once again deliver a duo of Infinity Display-equipped flagships boasting an 18.5:9 aspect ratio and panels that curve around their long edges. The size difference of the two newly spotted screen protectors also gives more credence to recent rumors claiming the Galaxy S9 and Galaxy S9 Plus will succeed the 5.8-inch and 6.2-inch displays found on their predecessors.

The two handsets are still said to differ from each other much more than the Galaxy S8 and Galaxy S8 Plus did. The Galaxy S9 is expected to retain the single-lens camera setup found on its direct predecessor, whereas the Galaxy S9 Plus should become Samsung's second flagship with a dual-camera system after the Galaxy Note 8. Unlike the 2017 phablet, the two lenses found on the back of the Galaxy S9 Plus are arranged in a vertical manner, according to a wide variety of reports and leaks which emerged online in recent months. Both flagships should be powered by Qualcomm's Snapdragon 845 and Samsung's own Exynos 9810, depending on the region, though only the Galaxy S9 Plus is said to offer 6GB of RAM, whereas its smaller counterpart should still ship with 4GB. 64GB of internal flash memory should once again be the base for Samsung's next flagships, though the Galaxy S9 Plus may also be offered with as much as 512GB of memory given how Samsung already confirmed it's planning to commercialize that storage configuration over the course of this year.

The South Korean tech giant is expected to officially announce the Galaxy S9 and Galaxy S9 Plus at MWC 2018 beginning in late February and should begin retailing the two handsets by mid-March. Both are expected to run Android 8.0 Oreo-based Samsung Experience 9.0 out of the box and have price tags comparable to those attached to the Galaxy S8 lineup, i.e. start at around $700. Samsung's Galaxy S9 series is likely to continue the tradition of the company's previous high-end offerings and become the commercially most successful Android product family in 2018.