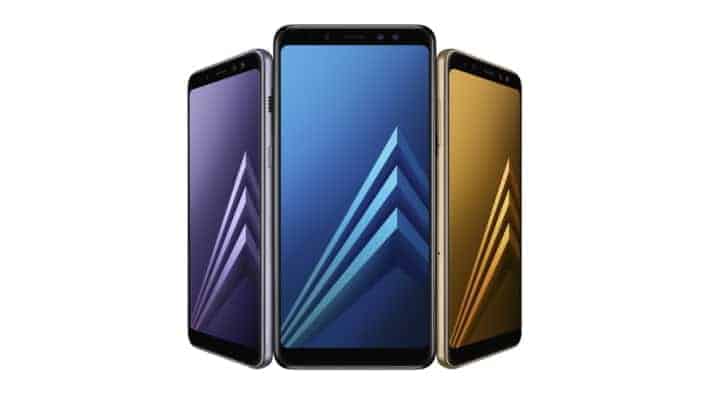 The Galaxy A8 Plus Android mid-ranger will be officially launching in India next Wednesday, January 10th, PhoneRadar reported earlier today, citing a source familiar with the matter. The smaller Galaxy A8 apparently won't be debuting in the South Asian country on the same date and it's still unclear whether it's planned for a local release in the future. According to previous reports, Samsung prepared a much more targeted availability strategy for its latest mid-range series and only a few markets around the world will eventually receive both the 5.6-inch Galaxy A8 (2018) and the 6.0-inch Galaxy A8 Plus (2018), whereas consumers in most countries will only be able to purchase one of the two.

No specific price tag has yet been attached to the Galaxy A8 Plus but with the device being set to compete in the upper mid-range segment of the smartphone market, it may go for as much as $500 on a global level. In regards to India specifically, the highly competitive state of the local handset market will likely prevent Samsung from attaching such a high price tag to the phablet, so local consumers can expect to pay under Rs. 30,000 ($472) for it. As is the case with the vast majority of mobile devices sold in India, the Galaxy A8 Plus (2018) will boast dual-SIM capabilities. While the handset is set to debut with Android 7.1.1 Nougat, it should receive an upgrade to Android 8.0 Oreo shortly after being released.

Samsung's performance in India has been growing in recent times but not at the rate of Xiaomi's local business which managed to close the gap with the South Korean market leader in late 2017, according to most industry trackers. While the battle for smartphone dominance in India will largely be fought on the entry-level front, versatile mid-rangers are also a popular product category in the country and one that Samsung is willing to continue targeting going forward. The company's next product family should come in the form of the Galaxy S9 lineup which is expected to be officially announced in late February before hitting the market in March. Indian consumers should be able to purchase Samsung's next Android flagships in the first half of April.