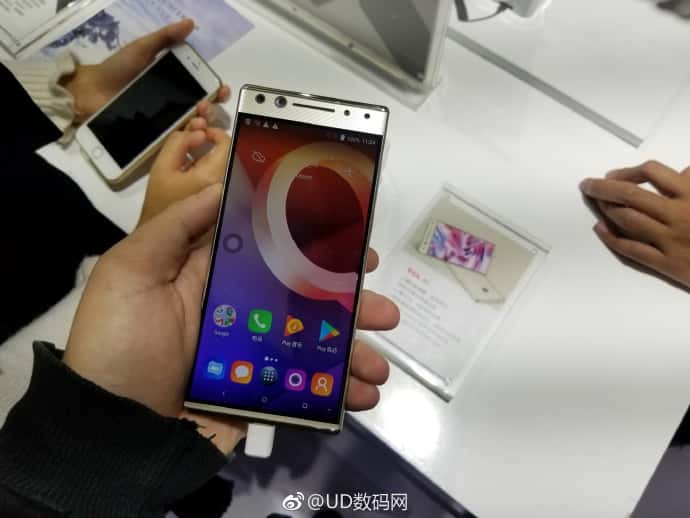 The Alcatel 5 has shown up in new images that have leaked of what appears to be a live demo of the phone. While the image of the front shown up above does have the display on so you can see the main home page, the more important factor to take into account is that the design matches up with the design of the Alcatel 5 press render that was leaked just a couple of days ago, as the design carries the same soft gold color shown in that earlier leaked image in addition to the same look of the rear-facing camera and LED flash module as well as the fingerprint sensor.

The device also looks the same from the front, with next-to-nothing bezels on the left, right, and bottom edges of the display panel while keeping a rather large bezel up at the top for the ambient light sensors and the dual front-facing cameras. One other interesting detail is that the info card which is visible in the image above labels the phone as the TCL A5. This may be a different name but that's likely only due to the fact that this is the version of the phone for Asian markets, as TCL owns Alcatel which typically is the brand name for devices in Europe and North America. Then of course there's the giant Alcatel logo that's displayed across the center on the back of the device.

There's not a whole lot of extra information to go on about this device just from the hands-on images as there is no details about the actual specs and features of the phone listed with the info card, at least not that can be seen in clear visibility due to the text on the card being out of focus. That said, the Alcatel 5 did recently show up in benchmark scores, and with that there was some information on a few of the specs. For example, the display was listed as being an 18:9 display, and coming powered by a MediaTek MT 6750T processor, and having a screen resolution of 1440 x 720. Though there was no information on internal storage or RAM, this has been said to be the flagship for Alcatel this year, so it should be fairly decent. 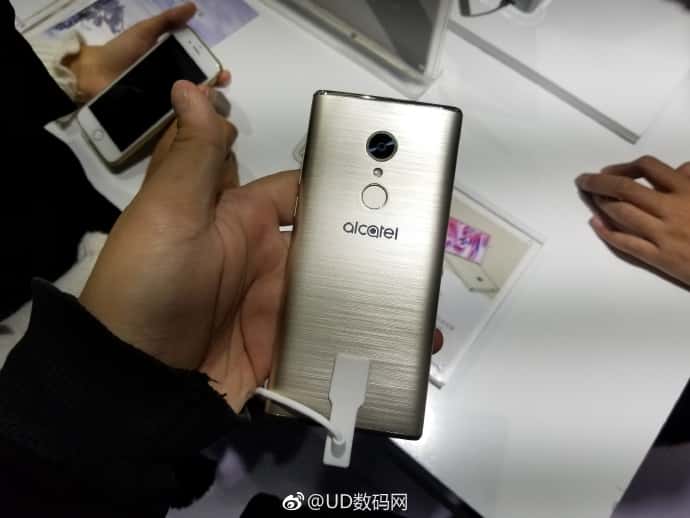