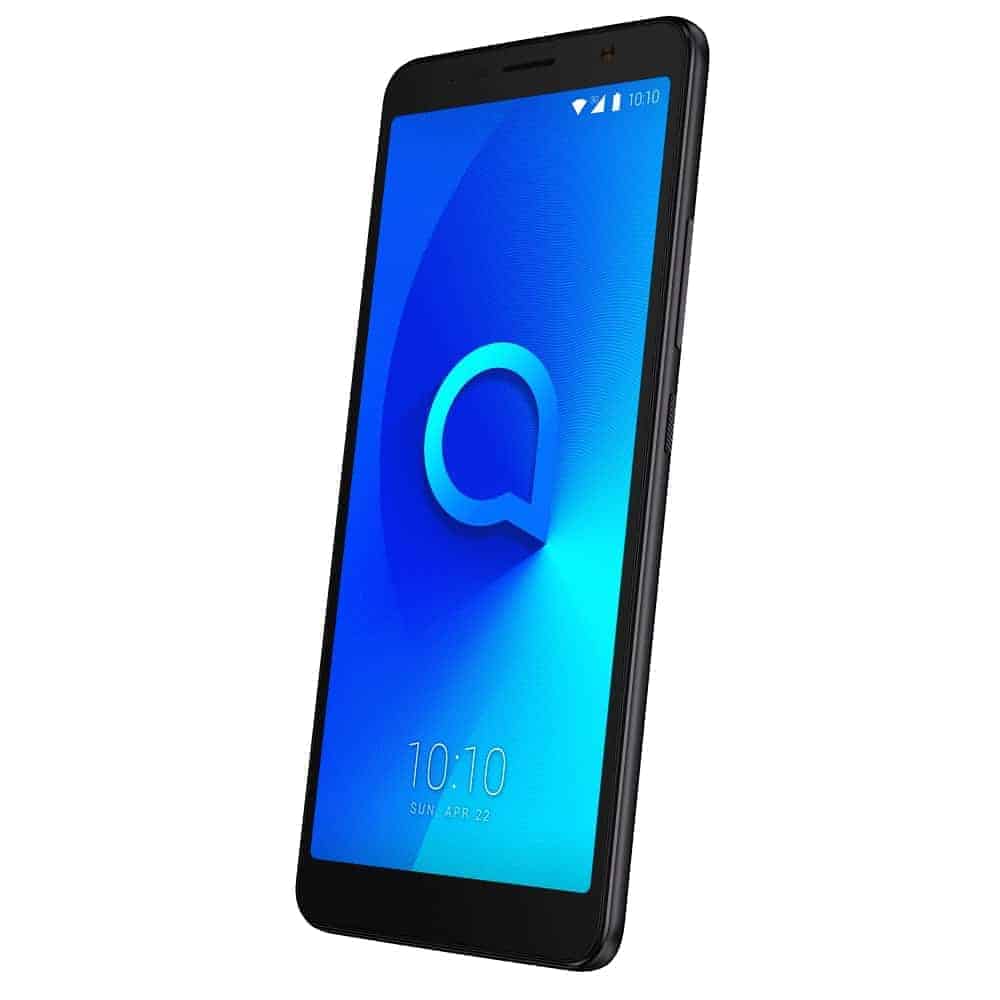 Alcatel has launched the Alcatel 3C, its first smartphone with an 18:9 display aspect ratio that has been in the news for a while now. The Alcatel 3C has been introduced in Italy and contrary to earlier news that speculated that it will cost under €120, the Alcatel 3C smartphone comes at a price of €129.99, which is, truth be told, close to the rumored price point.

The Alcatel 3C comes large, featuring a 6-inch IPS LCD display with an HD+ (1440 x 720)resolution, and on top of its display lies a 2.5D curved glass panel. As expected, it has an 18:9 aspect ratio, emulating some other similar handsets out there, like the Xiaomi Redmi 5, for example. The phone weighs 169 grams, and it is 7.9mm thick, which is quite impressive for an entry-level smartphone. The Alcatel 3C is powered by a quad-core MediaTek MT8321 processor clocked at 1.3GHz, which is the company's entry-level processor. There's 1GB of RAM for multi-tasking and 16GB of ROM for multimedia file storage on board, and the phone offers you the option of adding up to 128GB of extra storage through a dedicated microSD slot. This Alcatel handset sports an 8-megapixel camera on the back, which is accompanied by an LED flash which should be of use in low-lit conditions, and a 5-megapixel camera is present up front for taking selfies. The cameras are, however, not the only useful components available on the rear, as the smartphone features a fingerprint sensor on its back beneath the LED flash. The Alcatel 3C packs a 3,000mAh battery and runs on Android 7.0 Nougat out of the box. It comes with two SIM card  slots (dual SIM), but it does not sport 4G, if you buy it, you'll be limited to 3G mobile network speeds.

The Alcatel 3C ships in Black, Blue and Gold colors, and, as already mentioned, its price point stands at €129.99. Details on its sale and availability in other countries are not clear at the moment, but it's expected to go on sale soon in other European markets at a similar price point. This may be Alcatel's first smartphone to sport an 18:9 display aspect ratio, but it's safe to say we can expect more of them, chances are that some new ones may arrive during MWC in February.