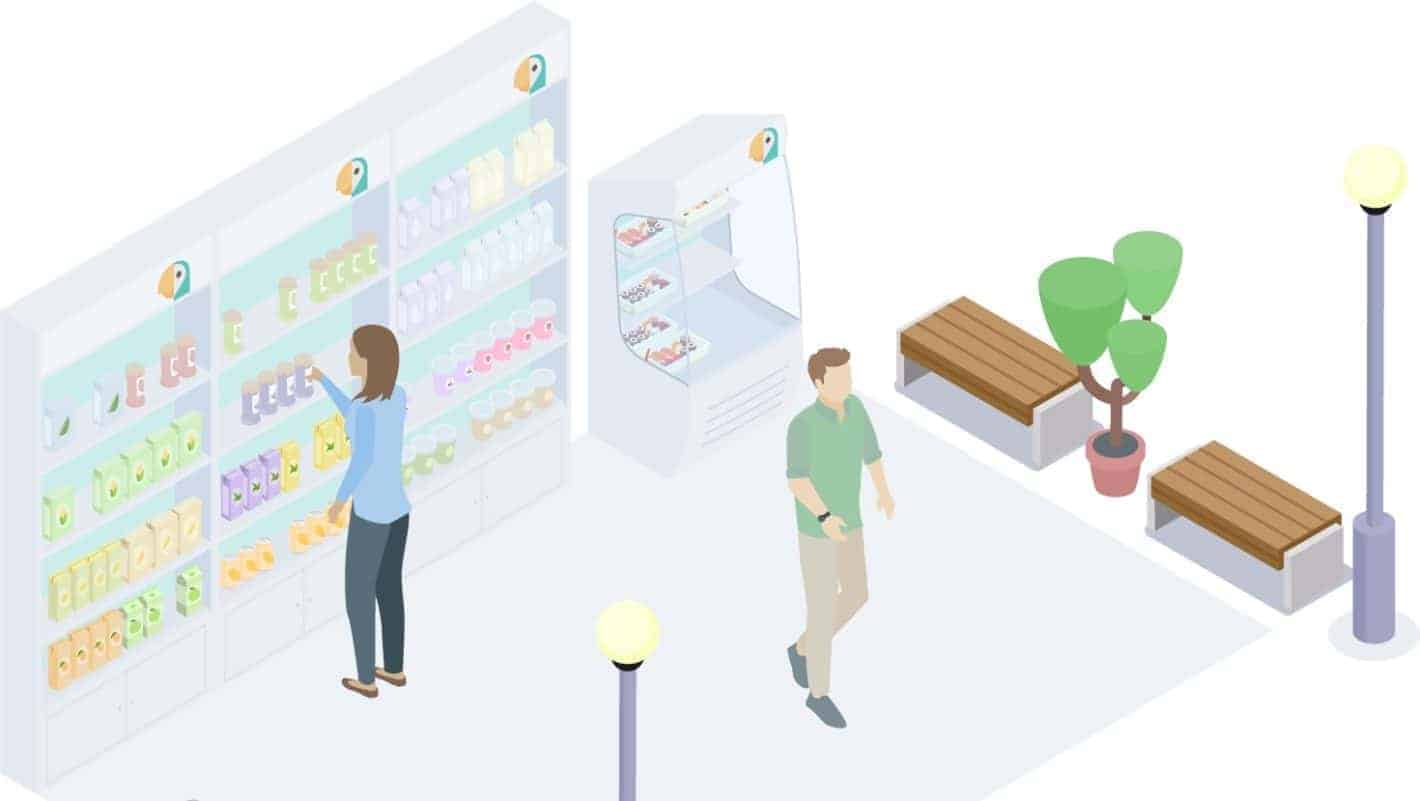 Startup Aipoly is preparing to deliver its second offering in the form of the Aipoly App for Android and iOS devices, promising to allow for the creation and management of fully autonomous stores of all kinds. The company says its solution could revolutionize grocery shopping and many other types of stores, providing both the software and hardware for what's essentially a checkout-free experience which also doesn't require any human interaction. Besides convenience stores which it intends to transform into "autonomous markets," Aipoly claims its platform is also a natural fit for filling stations and distribution centers and can not just allow retailers to track goods on their way from a warehouse to their intended brick-and-mortar location but can also be used as a standalone logistics solution.

After launching the Aipoly Vision app for visually impaired people, the company came up with a new concept meant to disrupt the traditional process of shopping. It involves a camera system that can be installed in 24 hours and accurately tracks product movement in real time, instantly notifying retailers about sales, lack of stock, and a wide variety of other analytics. The system is said to refresh itself every few milliseconds and can also provide retailers with suggestions in regards to store layouts. Consumers use the Aipoly App to enter their payment information, then simply walk into a store and point the camera of their smartphone at any product to find out more details about it. The idea is to allow them to just take whatever they want, return it if they change their minds, and only process their payments the moment they exit the store premises. As is the case with many potentially disruptive technologies introduced in recent times, Aipoly's platform is powered by robust artificial intelligence solutions.

Despite its unconventional nature and the promise of an unprecedented level of effectiveness, it's presently unclear whether a checkout-free experience which doesn't require the customer to interact with a clerk is the future of retail, especially as an increasing number of purchases is now being conducted online. Amazon is presently amid a major push to encourage consumers to conduct all of their shopping on the Internet regardless of whether they're looking for groceries, electronics, or a new car, whereas Google Express is presently pursuing a somewhat more focused goal, albeit in partnership with retail juggernaut Walmart. Whether solutions like the one developed by Aipoly will be able to convince consumers to still visit physical stores remains to be seen, especially as digital platforms aren't just offering more convenience but are also less technologically challenging, essentially immune to theft, and have a headstart. Regardless, Aipoly remains adamant to make its mark in the retail sector and will do so later this year once its service becomes more widely available. No firm release dates or target markets have yet been provided by the startup, with the Aipoly Android app only being labeled as "coming soon."