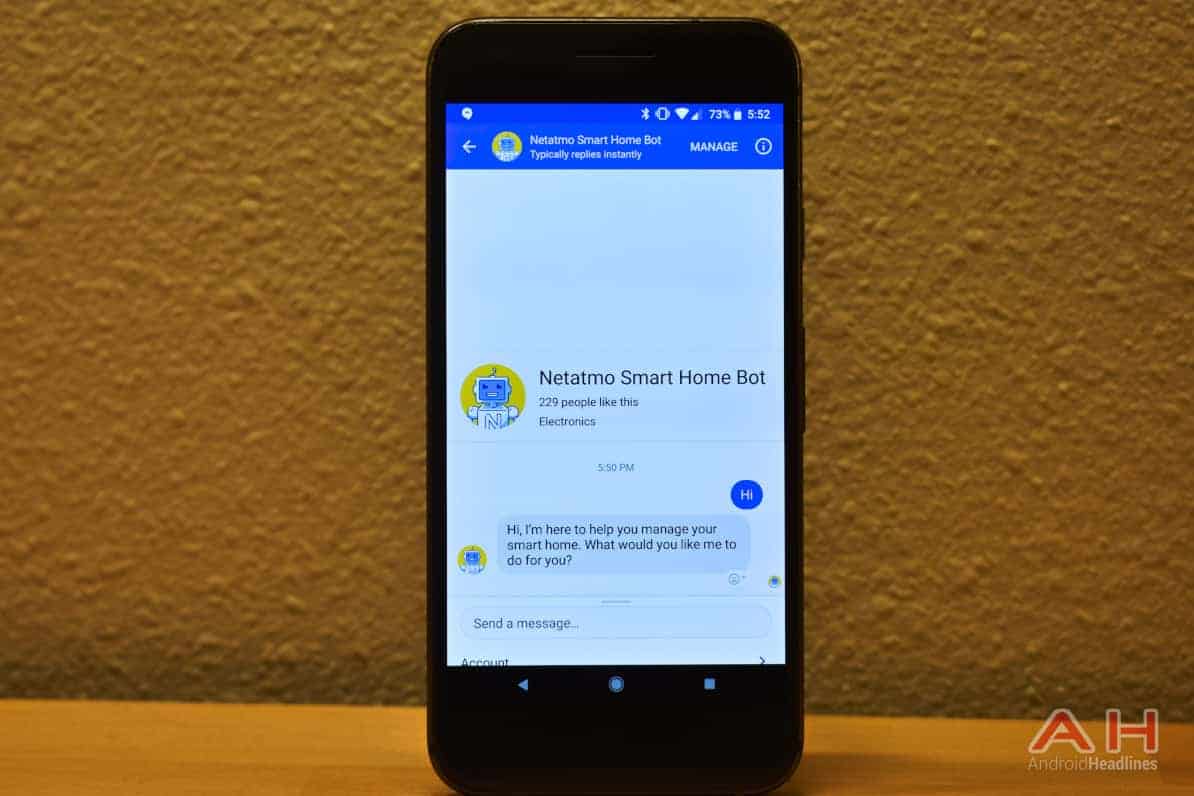 Smart home company Netatmo has created an artificially intelligent, smart home controlling chat bot that lives inside Facebook Messenger, and is showing it off at CES 2018. Netatmo has created a wide range of smart home and Internet of Things devices over the years, and many of those devices are able to be controlled by Amazon Alexa, Apple Siri, and Google Assistant. This expansion into Facebook Messenger is actually Netatmo’s very first effort to create a comprehensive solution to manage all Netatmo-compatible smart home products, rather than using a third party solution to provide the smarts; in this case, Netatmo’s bot runs the AI program, and only uses Facebook Messenger as a serving platform to connect to consumers without the need for a separate Netatmo app. There are Netatmo apps out there, but none of them can actually control the full range of Netatmo smart home products.

The bot debuts alongside an initiative called “with Netatmo,” which is essentially a developer advocacy program that’s meant to encourage smart home companies to integrate compatibility with Netatmo’s own product range, including its new bot. The bot itself uses natural language processing and artificial intelligence to decipher users’ commands, comparing commands and their possible interpretations against training data sets, users’ normal habits, and what smart devices they have in their homes. Paired with the ability to control a range of devices, this enables the bot to do things like show a smart doorbell owner who’s home while they’re away, turn on climate control before the user gets home, and turn lights and other smart appliances on and off remotely as needed.

Netatmo’s new bot is being shown off at CES alongside a new range of Netatmo products that will be coming out into 2018. With a large enough selection of compatible devices in your home, Netatmo’s declaration that it’s working to allow the bot to combine commands and obey conditional commands by controlling multiple devices at once makes sense. The bot is only available in English for now, but more languages are expected in the near future. The bot is available right now, so if you have any Netatmo devices around your house, you can launch Facebook Messenger right now to try it out.