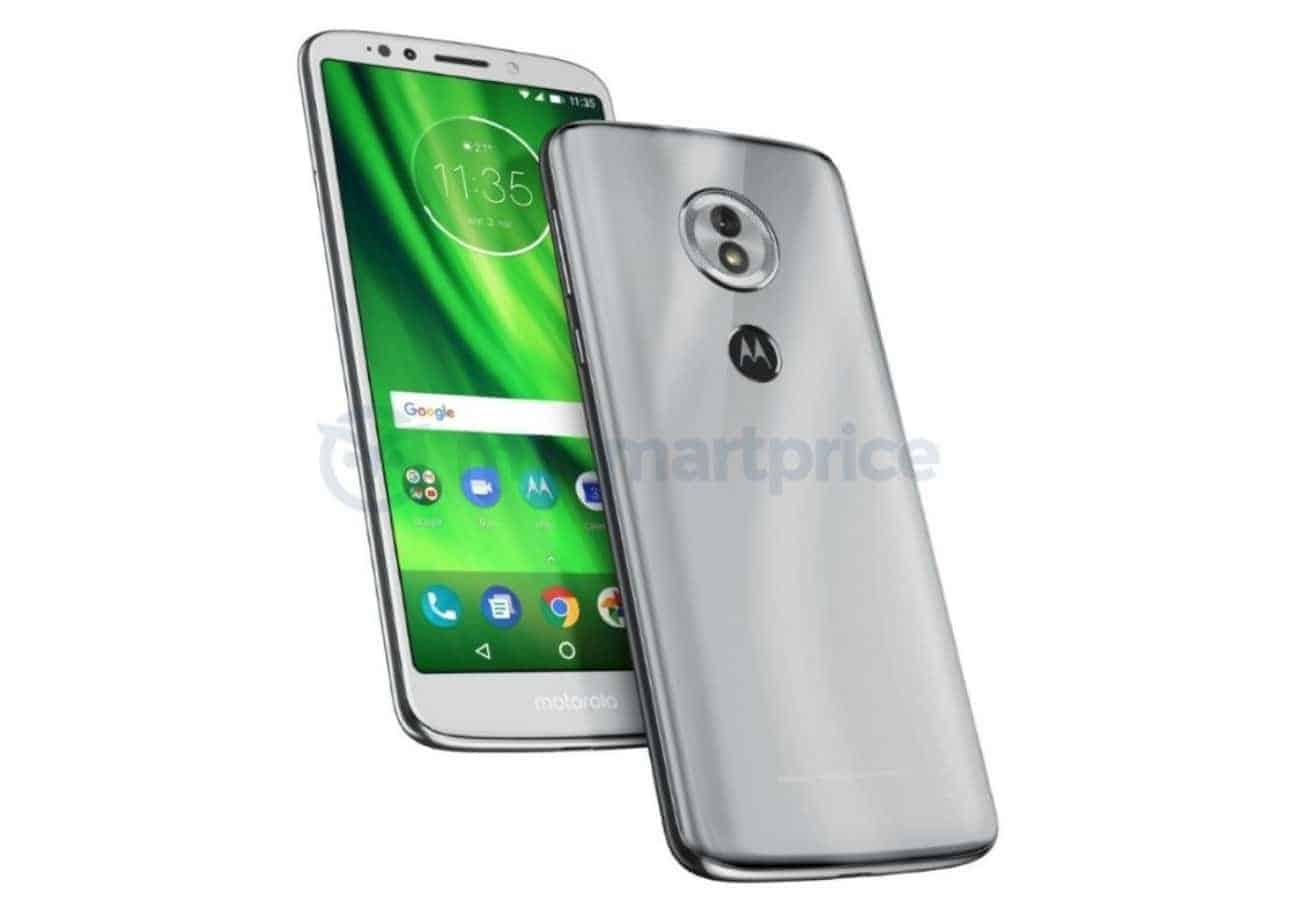 Coming down to individual smartphone features, the Moto G6 is expected to come with a 5.7-inch display with a 1,080 x 2,160 (Full HD+) resolution and 18:9 aspect ratio with bezels smaller than those of its predecessor. A Qualcomm Snapdragon 450 SoC will likely handle operations on the smartphone, and it’s expected to come in two memory and storage variants, one with 3GB of RAM and 32GB of internal storage, and the other with 4GB of RAM and 64GB of internal storage. A dual-camera setup consisting of a 12-megapixel primary camera and 5-megapixel secondary camera will handle main photography on the rear, while a 16-megapixel camera will be responsible for shooting selfies on the front. Other expected specs of the Moto G6 include a 3,000mAh battery capacity. The Moto G6 Play has the same screen size as the Moto G6 albeit with a 16:9 aspect ratio, but its resolution hasn’t been confirmed yet, although there are reports that it will be HD. It’s also expected to pack a 4,000mAh battery capacity.

The Moto G6 Plus comes larger with a 5.93-inch display with a 1,080 x 2,160 (FHD+) resolution and 18:9 aspect ratio. It is powered by a Qualcomm Snapdragon 630 processor and will come in different memory configurations consisting of 3GB, 4GB, and 6GB of RAM, and 32GB / 64GB of internal storage. It's also said to pack a 3,200mAh battery. The new images showcase the Moto G6 in Rose Gold color, but it could also be released in Black and Silver color variants at a price of $240. The Moto G6 Plus is expected to ship in Black, Silver and Dark Teal colors with a price tag of $330, while the Moto G6 Play could come in Gold, Deep Blue, and Dark Charcoal colors, though no price has currently been rumored.