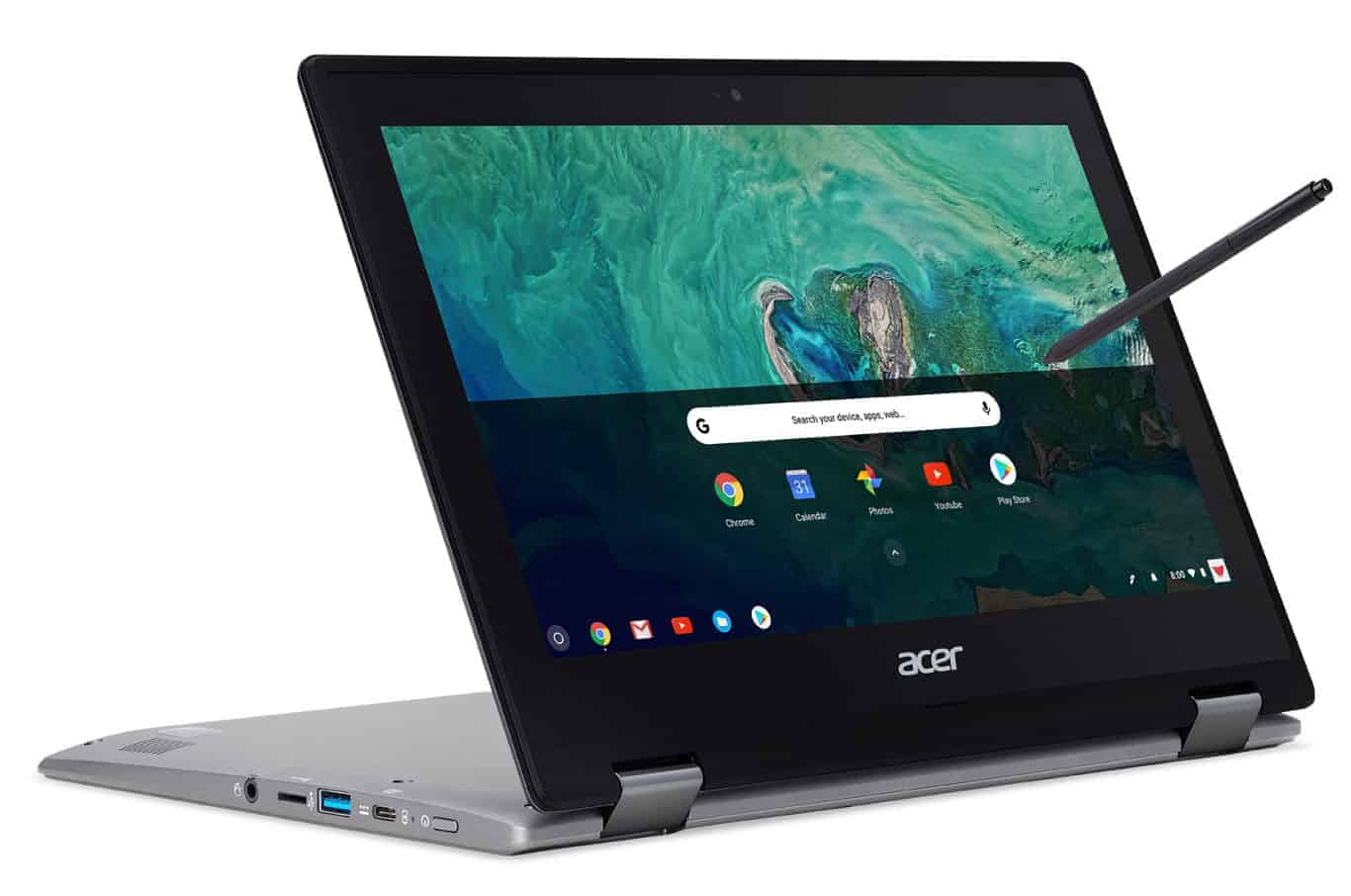 Acer today announced the all-new Chromebook Spin 11 along with the Chromebook 11 C732 and the Chromebox CXI3 – a Chromebook and Chromebox aimed at the education sector. The Chromebook Spin 11, however, is the latest model to join the company's "Spin" lineup and is designed for those looking for greater portability and flexibility. As the Spin 11 features an 11.6-inch display (with a 1366 x 768 resolution) along with a 360-degree rotating hinge. Resulting in a unit which can be used in a variety of different positions, including a tablet mode.

Acer only recently made available another version of the Spin 11 and it seems the difference here is how this one features a more polished and premium finish. As this version sports a top cover with "a sleek silver cross-hairline pattern" resulting in an overall level of presentation which is more in line with the company's other premium Chromebook options. Adding to its design, the new Chromebook Spin 11 also features two USB Type-C ports, and a battery that is expected to offer up to 10 hours of usage, as well as front and rear cameras. This Chromebook is also compatible with a Wacom EMR stylus for those looking for more note-taking and drawing-related features, and is confirmed as Google Play Store and Android App-ready from launch. Which along with the rotating hinge, stylus support, and rear-facing camera, results in a device that not only can be used in a tablet mode, but can effectively operate as a tablet as and when needed.

The Chromebook Spin 11 will be available in at least two versions, one sporting 4GB RAM and one equipped with 8GB RAM. Likewise, storage will be determined as either 32GB or 64GB. It also seems as though consumers will have the choice of processor as the Chromebook Spin 11 will be available with either an Intel Pentium N4200 quad-core processor, a Celeron N3450 quad-core processor, or a Celeron N3350 dual-core processor. Adding to the choice, it will also be available either with a touch display (CP311-1H) or without (CP311-1HN). Due to the number of variants set to become available, the price will be highly-dependent on which configuration is chosen. Although Acer has now confirmed prices will start from $349 in the US and €379 in EMEA. As for availability, the new Chromebook Spin 11 should arrive in the US in March and in EMEA from April.