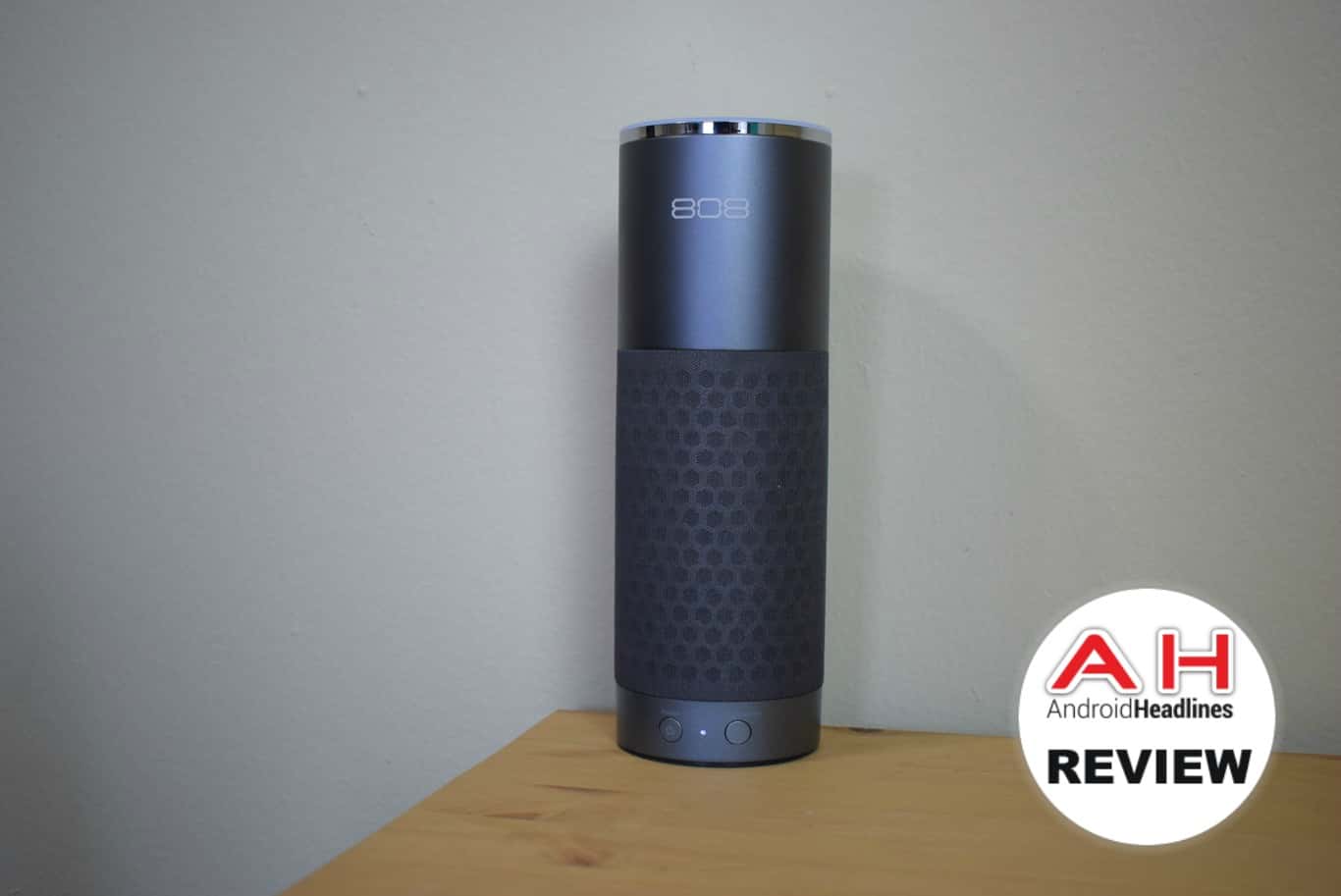 These days, it seems that just about everyone is getting in the game with a smart speaker, whether that is with Amazon Alexa or Google Assistant, or even both. 808 Audio announced its XL-V smart speaker last fall, and we finally got one in-house to check out. It runs on Alexa, but has all of the usual audio quality you would expect from 808 Audio. But it does cost more than an Echo, which begs the question of whether it is worth the $129 price tag? 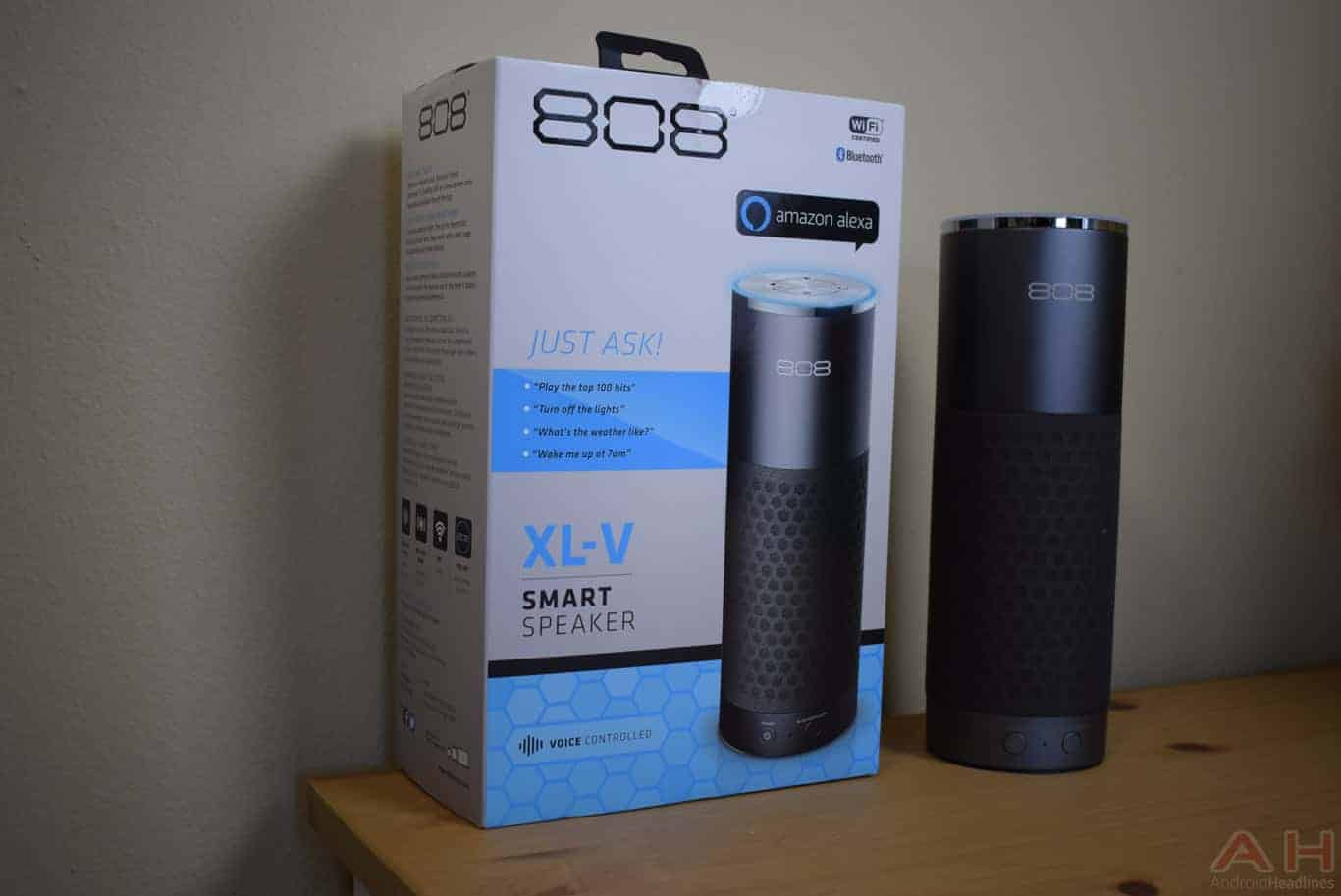 There's not a whole lot in the box here with the 808 Audio XL-V. You get the speaker, a power supply and some paperwork. And that's about it. You do get a quick start guide, some warranty information, and surprisingly, a sticker from 808 Audio. This means there's no assembly required – though there really aren't any speakers that do have to be assembled these days. 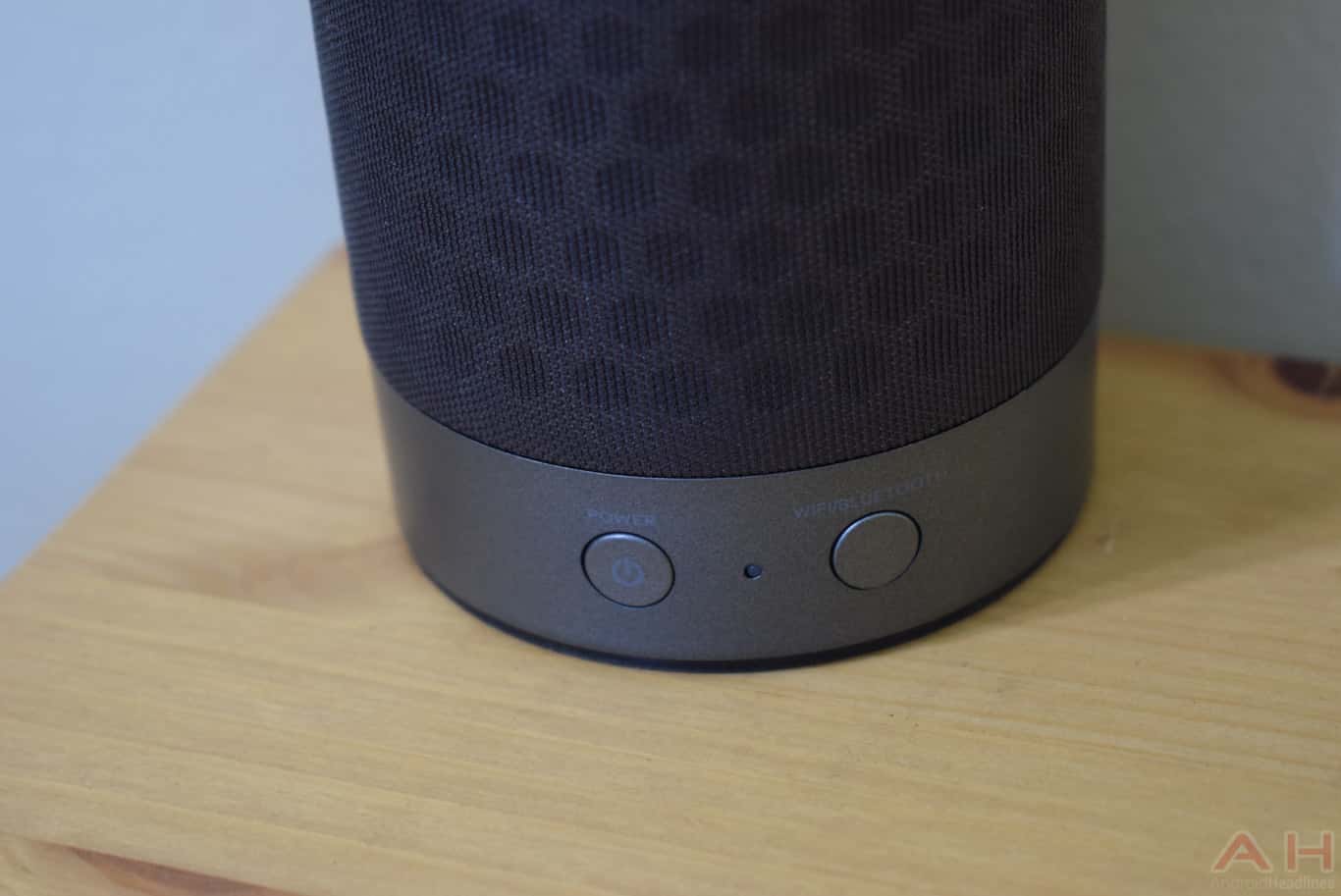 For the most part, the XL-V looks a lot like the original Amazon Echo. Aside from the fact that the bottom part of the speaker is not entirely aluminum. But it's a tall cylinder, made of aluminum and even has the blue ring light at the top which lights up when Alexa is listening or speaking to you. Around the actual speaker, there is a mesh fabric, which looks pretty nice and should hopefully stand the test of time. But it also doesn't get in the way of the audio – which we'll talk more on that a bit later. On the bottom of the front of the XL-V, you'll find two buttons. One is a power button, with the other being a WiFi/Bluetooth toggle, since this is able to stream over both WiFi and Bluetooth.

The top of the XL-V looks really clean, in a silver aluminum finish, and it has four buttons. There are the volume controls at the front and back. On the left is the microphone button, which can be muted, as is the case with most smart speakers these days. And then to the right is what looks like a record button. This button can be pressed to start talking to Alexa, if you don't want to say her name, or maybe you had the microphone turned off. The top is also where the 6 microphone array is located, so it is able to hear you across the room. On the back you'll find the port for power, as well as a 3.5mm jack for plugging something else into the XL-V.

Hardware here on the 808 Audio XL-V is pretty good. It's about what you'd expect from 808 Audio and from a $129 price tag. Now it would be nice to have this in a few different colors, other than just the gray option we have here. Like perhaps a matte black option, but this one isn't too bad either. Maybe 808 Audio will come out with other colors down the road. 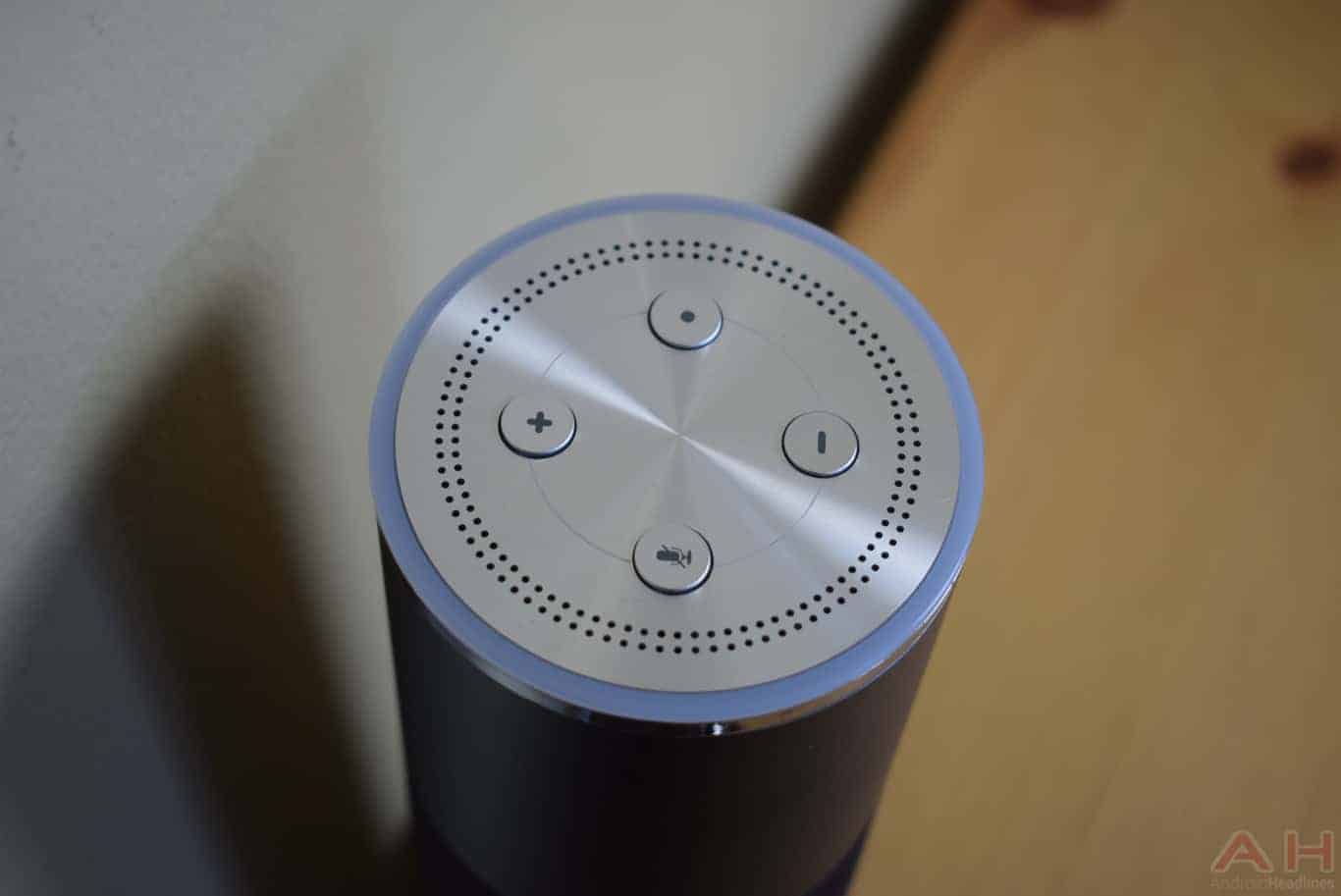 808 Audio isn't the biggest name in audio, but it is a fairly big one. It has put out some great audio products in the past few years, and it does have great audio quality. But that's not really the case here with the XL-V, which was a bit surprising to me. The XL-V doesn't have much bass inside, and that could be due to the size of the woofer, which 808 Audio hasn't made public – or any of the specs of the smart speaker, really. But aside from the lack of bass, the sound coming out of the XL-V is actually quite crisp and clear. As long as you don't listen to a lot of bass heavy music, then the audio quality here shouldn't bother you much.

The XL-V does stream over either Bluetooth or WiFi. Now since Alexa is included here, there are a number of music services that will stream over WiFi, including Amazon Music Unlimited, TuneIn Radio, iHeart Radio, Spotify and others. During our review period, we used a number of these (primarily Spotify, iHeart Radio and Amazon Music Unlimited) and it appeared to work just as well as on any other Alexa-enabled speaker. So there were no issues there. We did also try some streaming over Bluetooth, and there were no issues there either, it didn't cut out or drop connection really at all. But we did notice a slight drop in the music quality versus WiFi. This is understandable, and actually quite common. Since Bluetooth has to compress files for transferring, due to the limited bandwidth, whereas WiFi does not have that issue. So it's better for higher-resolution audio files. 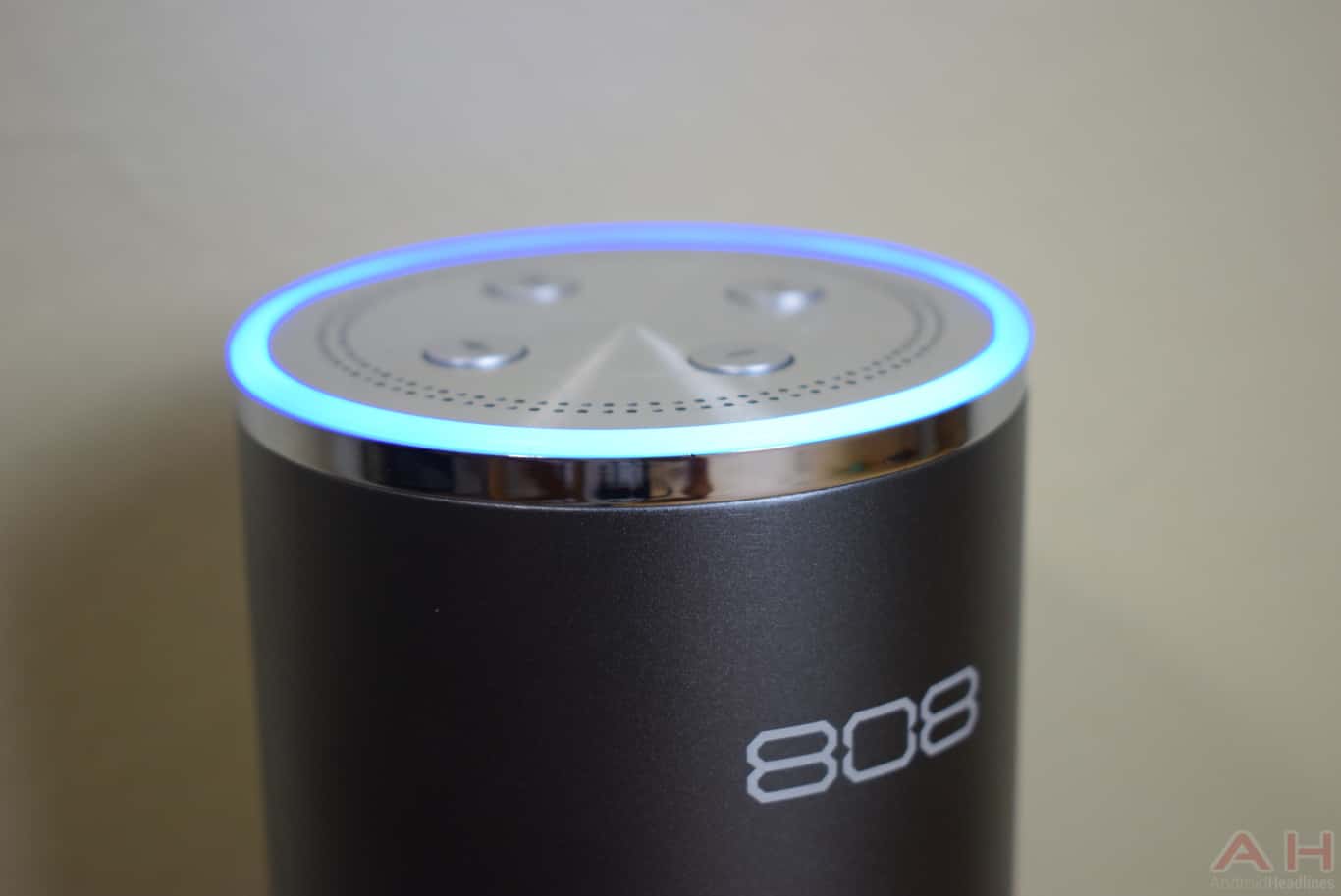 Much like other third-party Alexa speakers and devices, you do need to setup the XL-V through the 808 Audio app, which can be found on the Google Play Store. Now the app will tell you that you need to be on a 2.4GHz network, and that is likely because of the better coverage versus 5GHz. That shouldn't be an issue for most people, but some might have a 5GHz WiFi network in their home. Otherwise, setup was pretty simple. Connect the XL-V to your WiFi network, then sign into your Amazon account and give the XL-V access for Alexa. And that's it.

As usual, all of your Alexa skills from other Alexa devices are instantly available on the 808 Audio XL-V. So you can instantly start using your favorite smart home skills, or your favorite podcast skills and much more. As expected, you can use the XL-V to play your favorite playlist using Alexa. The XL-V has really no issues at playing music or even understanding your Alexa commands. It actually works quite well, and it seems to not answer as often as other devices – those false positives when it thinks you are mentioning "Alexa" but you're really not. Which is good to see, especially since it does still listen when you want it too. 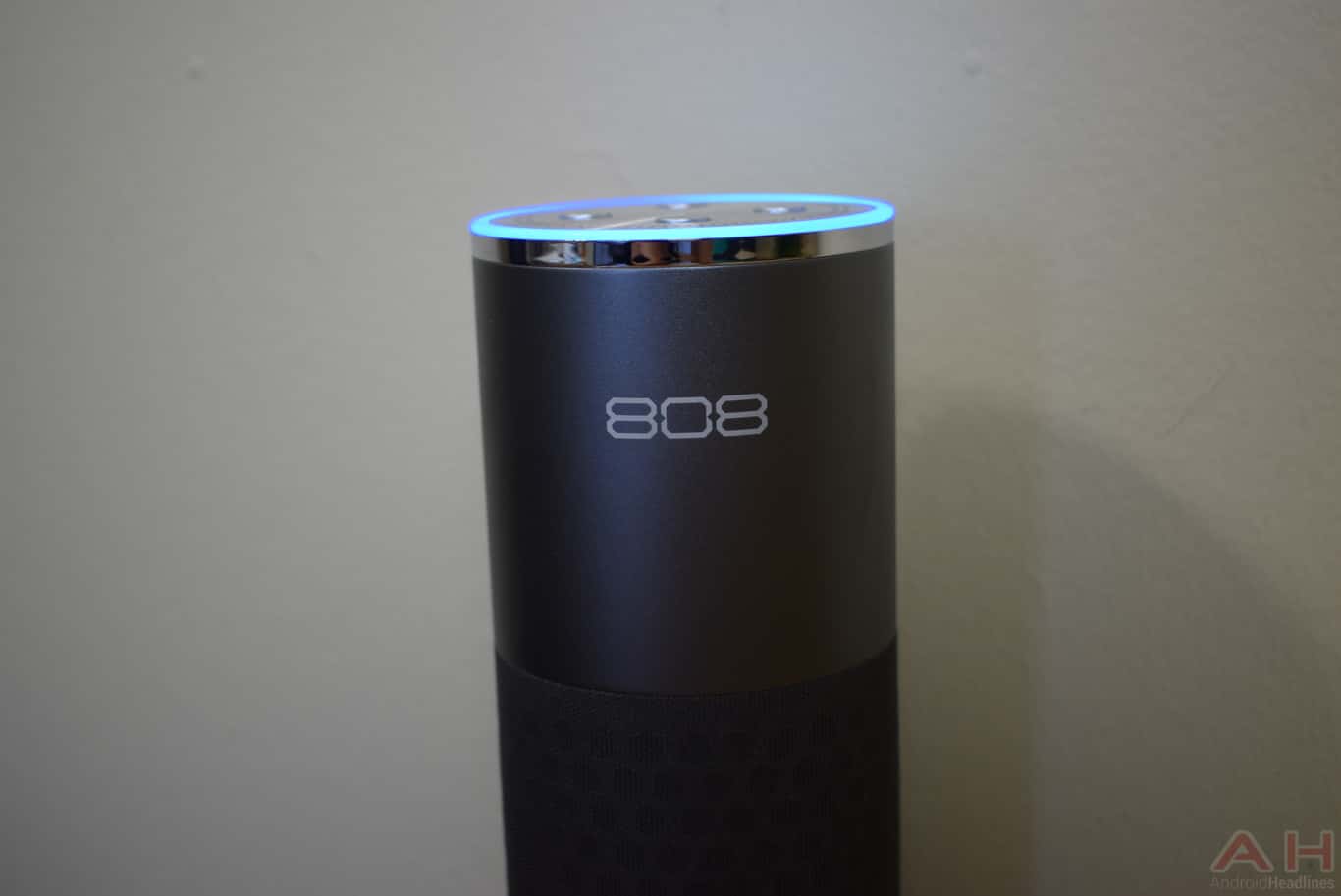 The XL-V is one of the very few Alexa-enabled speakers that features multi-room audio – Sonos and the Echo Plus is really the only other options for that. Which makes it easier for playing music throughout your whole home. But there are some disadvantages to using the XL-V, and the big one is coming with music playback. There's just not much bass there at all, and there is no equalizer available for critiquing the lack of bass at all. Which is a big downside for this one. Otherwise, it's great for Alexa and using in your home for other things. But for $129, that lack of bass is probably the biggest reason not to buy the XL-V.