Members of Generation X born between 1965 and 1981 provided answers that were close to the study’s average, with 63 percent of them claiming they find the concept of using self-driving cars uncomfortable. The so-called “Baby boomers” born between 1946 and 1964 are extremely uncomfortable about riding in autonomous vehicles on average, with 79 percent of the respondents belonging to that group saying so. Not a single interviewed demographic was mostly positive about embracing the emerging technology, with many people claiming they don’t want to be the ones who will test the viability of autonomous driving solutions first, mostly citing safety concerns. Even some of the respondents who felt more positive about the general prospects of the technology said they’re concerned about things like liability and insurance in case of accidents. In theory, traffic accidents could only be prevented in their entirety if all vehicles on the roads were automated, which isn’t a realistic scenario in the medium term and many industry watchers don’t expect it to be realized in the current century at all.

The fear of self-driving cars is also likely to stem from people’s unfamiliarity with them as even the most technologically advanced companies such as Alphabet’s Waymo and Uber still haven’t offered public access to their experimental vehicles on a large scale, nor are they allowed to do so in most parts of the United States. Some firms like Intel already started major marketing campaigns meant to provide assurances in regards to the safety of autonomous cars but every credible study released so far suggests the public is still extremely concerned about the technology. 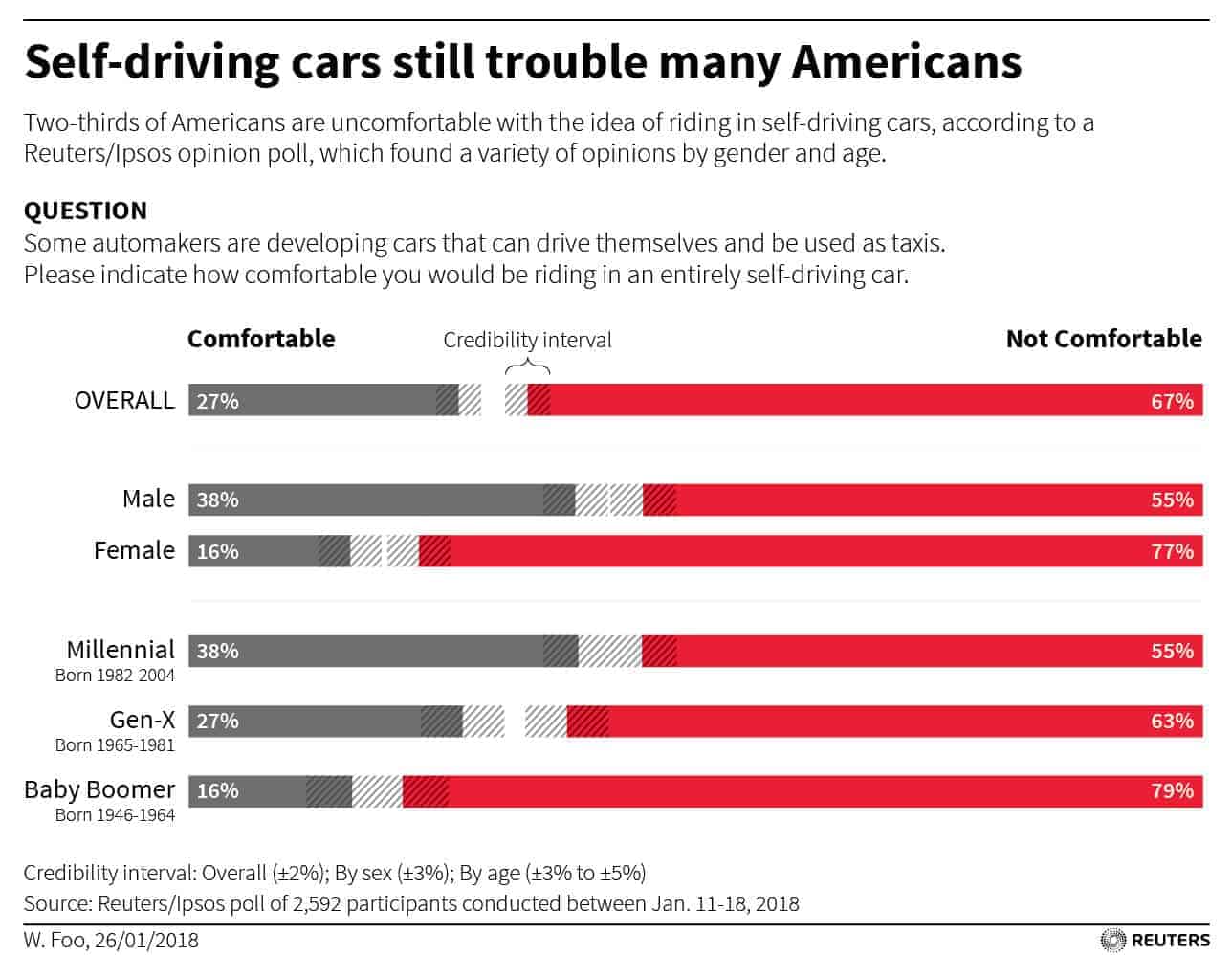