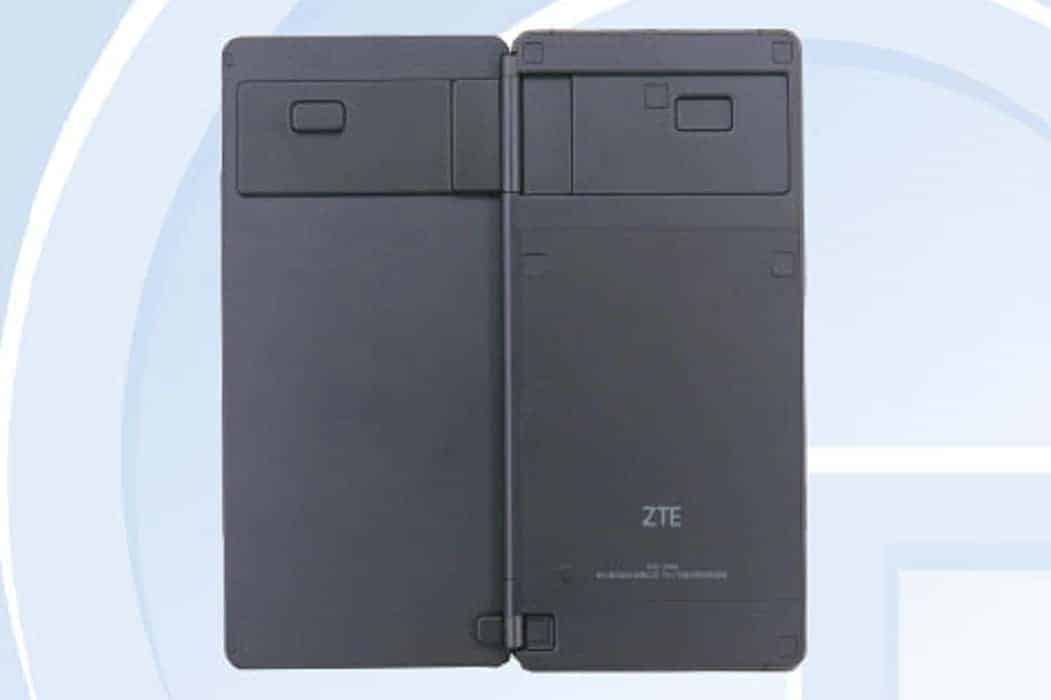 The ZTE Axon M has successfully passed the certification process of the Chinese telecommunications regulator, TENAA.  This could mean that the handset will likely be offered for sale in the East Asian country in the near future. According to the listing on the regulator's website, the Chinese variant of the device can connect to 4G LTE-FDD networks running on bands 1 and 3, and to TD-LTE networks operating on bands 34, 38, 39, 40, and 41. In addition, the handset can also connect to 2G GSM, CDMA, 3G WCDMA, and CDMA2000 networks.

Aside from the variations in supported LTE bands, there is practically no difference in the specifications of the Chinese variant of the ZTE Axon M when compared to the hardware of the handset's international model, which was unveiled in October 2017. Among the defining hardware features of the ZTE Axon M are its two 5.7-inch TFT LCD displays with a resolution of 1920 by 1080 pixels. The displays can fold out to form a 6.75-inch screen and they are protected from scratches by a sheet of Corning Gorilla Glass 5. The handset is powered by the Snapdragon 821 chipset from Qualcomm, which is comprised of a quad-core Kryo 64-bit CPU with a maximum frequency of 2.15GHz and the Adreno 530 GPU clocked at up to 653MHz. The smartphone contains 4GB of RAM and 64GB of internal flash storage that could be expanded using a microSD card. Another stand-out feature of the device is its single camera, which could function either as a rear camera or a front-facing shooter. The snapper is equipped with a 20-megapixel sensor with an aperture size of f/1.8 and it also supports Phase Detection Autofocus (PDAF). The camera can record 4K videos with a frame rate of 30fps while slow-motion videos can be captured at a resolution of 720p with frame rates of up to 240fps.

The ZTE Axon M includes a USB Type-C port for data transfer and charging as well as a 3.5mm headphone jack. The smartphone also contains a dedicated audio chip, which allows the device to offer HiFi listening experience, and dual speakers. To keep the lights on, the handset includes a 3,180mAh battery and it supports Quick Charge 3.0 for fast top-ups of the device. It is not yet clear how much the device will cost when it is sold in China, although the international variant of the smartphone costs $725 in the United States.