2017 has not been the year for leaps forward when it comes to virtual reality technology. Rather it’s been the year of self improvement and VR has done a good job at improving. In the scheme of things it actually seems like it might have been a pretty slow year for VR tech and that isn’t necessarily too far off, but there will still some new products and advancements in the industry. When you think about it, it isn’t all about the advancement of the hardware which works to bring VR forward a few notches as software also makes a big difference. Software developers and game developers will need to do their part to make VR better. In the end, both hardware and software have made some good improvements this year, so here we’re taking a look back at some of the ways VR has been improved in 2017. 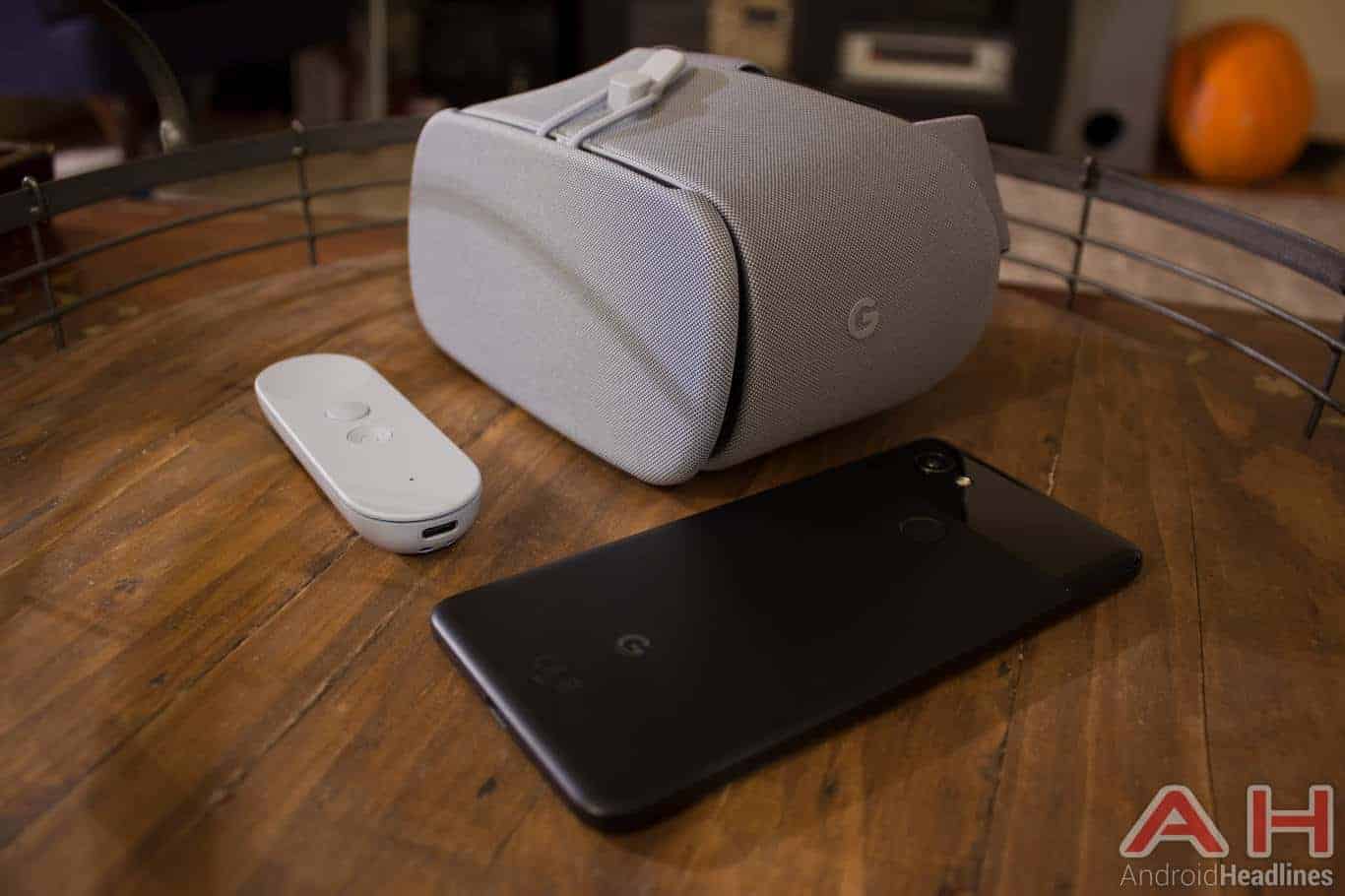 While we weren’t exactly seeing new and improved versions of the Oculus Rift or HTC Vive, or the PSVR, the two most popular mobile VR headset options released improved versions of their headsets. This is of course referring to the new Daydream View that was launched by Google a little bit earlier this year and the latest version of the Samsung Gear VR. Now, the Gear VR didn’t really have too many changes as it was mostly the same as the previous version, but it did start getting bundled with the Gear VR Remote which made it much easier to navigate through the content that you can enjoy on the platform. This also did raise the price a little but it was likely worth it for what you were getting, and oftentimes the price of the bundle ended up decreasing down to $100 which was the price of the new Gear VR without the controller. Granted these deals didn’t last forever but they did pop up frequently so it wasn’t hard to catch one. 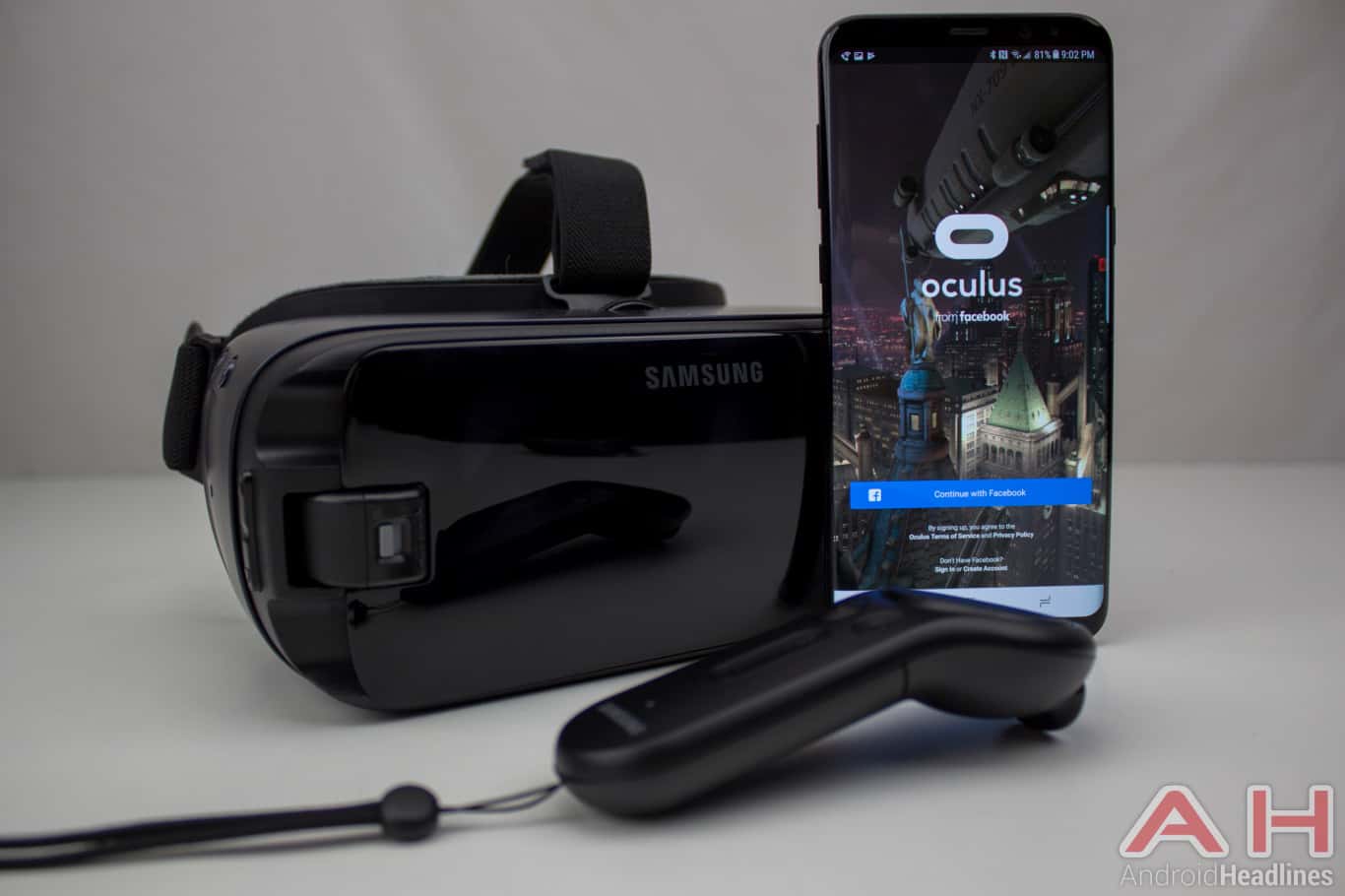 Then of course there was Google’s new Daydream View. With Google’s new headset it was less about adding anything new or using any new hardware, or even completely changing the headset, and more about making minor adjustments to enhance the user experience. That said Google did change up the style of the headset just a little. While it’s still relatively the same exact design, it does use a slightly different cloth material and now has a textured look to it, while also coming in a few new colors. Beyond these things Google did make some other tweaks too, such as adding the optional top head strap you can attach to the one that goes around the back of your head for those that want a little extra support. Perhaps the most important improvement though is Google’s additive of the magnesium heat sink. One of the bigger issues with the original Daydream View was the problem some users were having with the overheating of their phones, and Google’s way of combating this with the second generation model is with this heat sink, which allows for more airflow so that the heat can disperse away from the headset and allow the phone to continue operating a little cooler. Google made other smaller improvements too, like a better foam face pad to help with light bleed, and improved buttons which are now easier to tell apart and easier to push. All around it might not have been a big year for new VR hardware but the improvements that were made definitely make for a more enjoyable experience.

HTC Gave Up On Daydream 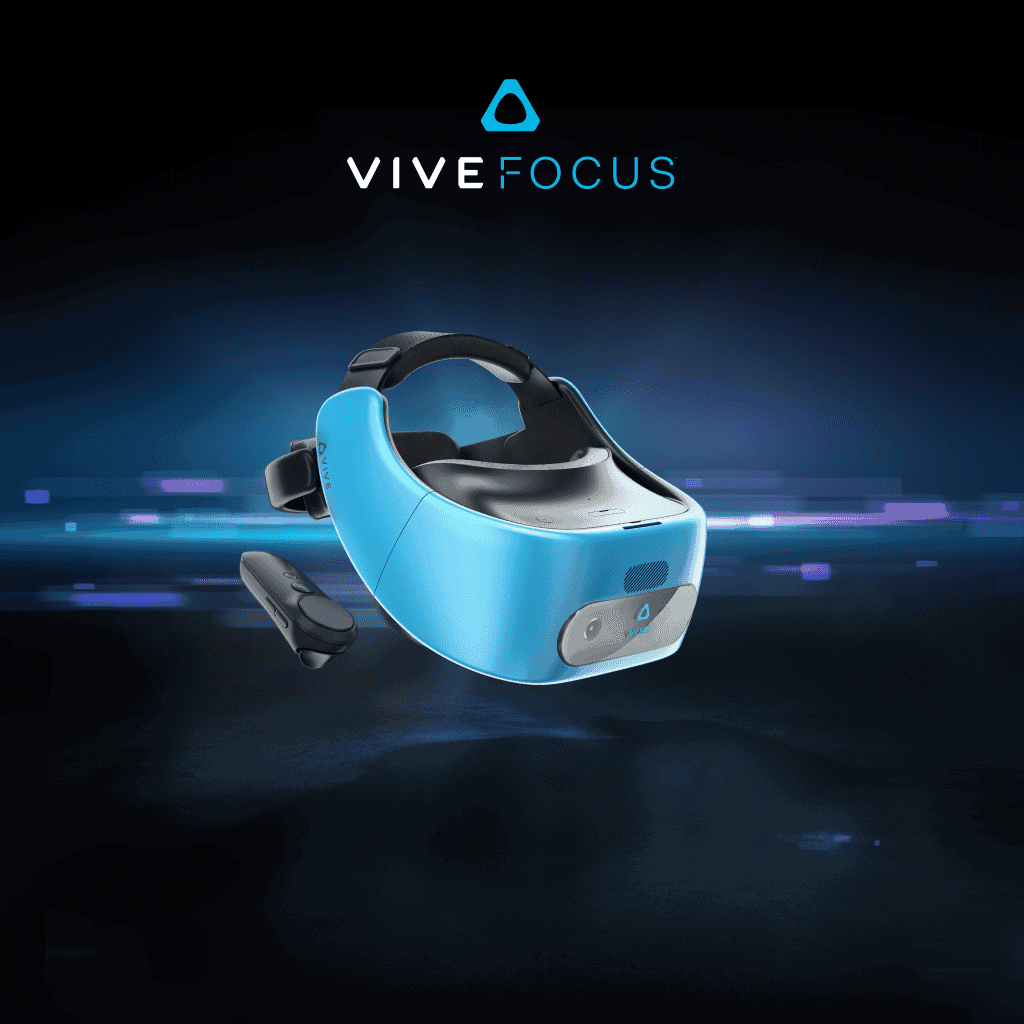 Earlier this year you may remember that more Daydream headsets were supposed to be on the way for an intended release sometime by the end of 2017. This included but was not limited to HTC, the company that’s behind what some will consider to be the best VR headset on the market across all tiers – the HTC Vive. Back during Google I/O, Google announced that HTC would be among the new crop of manufacturers that would be releasing a Daydream headset. More to the point it was to be standalone and not rely on the use of your mobile device for the power, which certainly perked up a few ears and garnered some interest from tech enthusiasts. Naturally so, as a standalone Daydream headset meant that there would be no issues with overheating phones, even if it did mean that people would have to spend a little more money to get their hands on such a piece of hardware. Of course, months went by without so much as a whisper about HTC’s phoneless Daydream hardware, that is until rumors started emerging about a new headset coming from the Vive team that was going to be launched in China. Many assumed this was to be HTC’s standalone Daydream headset, but when HTC finally announced the headset officially, called the Vive Focus, it’s now known that this isn’t actually running on the Daydream platform and is instead running on HTC’s own proprietary platform. More to the point HTC also confirmed that it was scrapping its plans for a Daydream headset, leaving consumers with just Google’s option for the time being. 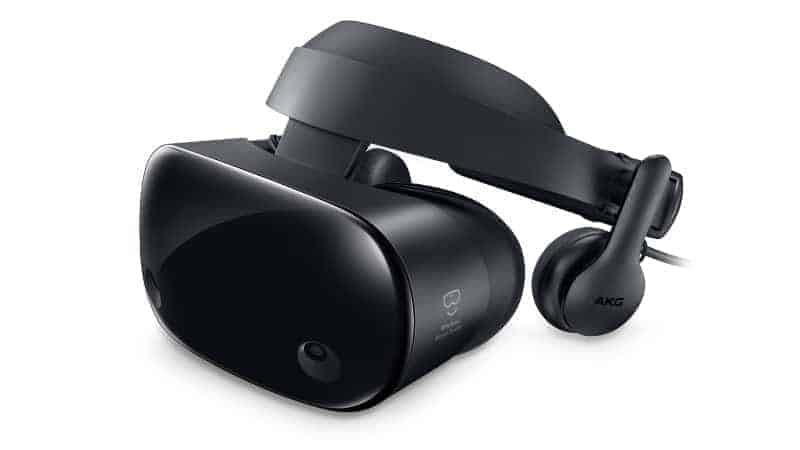 One of the bigger advancements in VR this year comes from the hardware that isn’t 100 percent VR. The Windows Mixed Reality headsets coming from companies like Acer, as well as Samsung with its more recently released Odyssey headset opens up a whole new world of entertainment, and this is thanks to the merging of both Augmented Reality and Virtual Reality in one piece of hardware. Designed for use with the Windows 10 platform and meant to be tethered to PCs, the Windows Mixed Reality platform allows users to enjoy the type of content you would get with the Vive or the Rift headsets, but also content like you might see from Microsoft’s HoloLens. These are still fairly new pieces of hardware and a growing platform, but it’s an interesting once to be sure and it’ll be exciting to see where it ends up going in the scheme of things, especially when you consider that so far the options available for headsets are the same as what you would pay for PC-based VR headsets. Samsung’s Odyssey might be the most ambitious, coming to market at around $450 and sporting integrated audio from AKG. This means not only do consumers not have to mess around with the inclusion of putting on a pair of headphones to get a more personal experience with the sound during use of the headset, but because the audio is tuned by AKG users can expect the audio to be of high quality, which is going to add to the immersive experience and overall enjoyment. 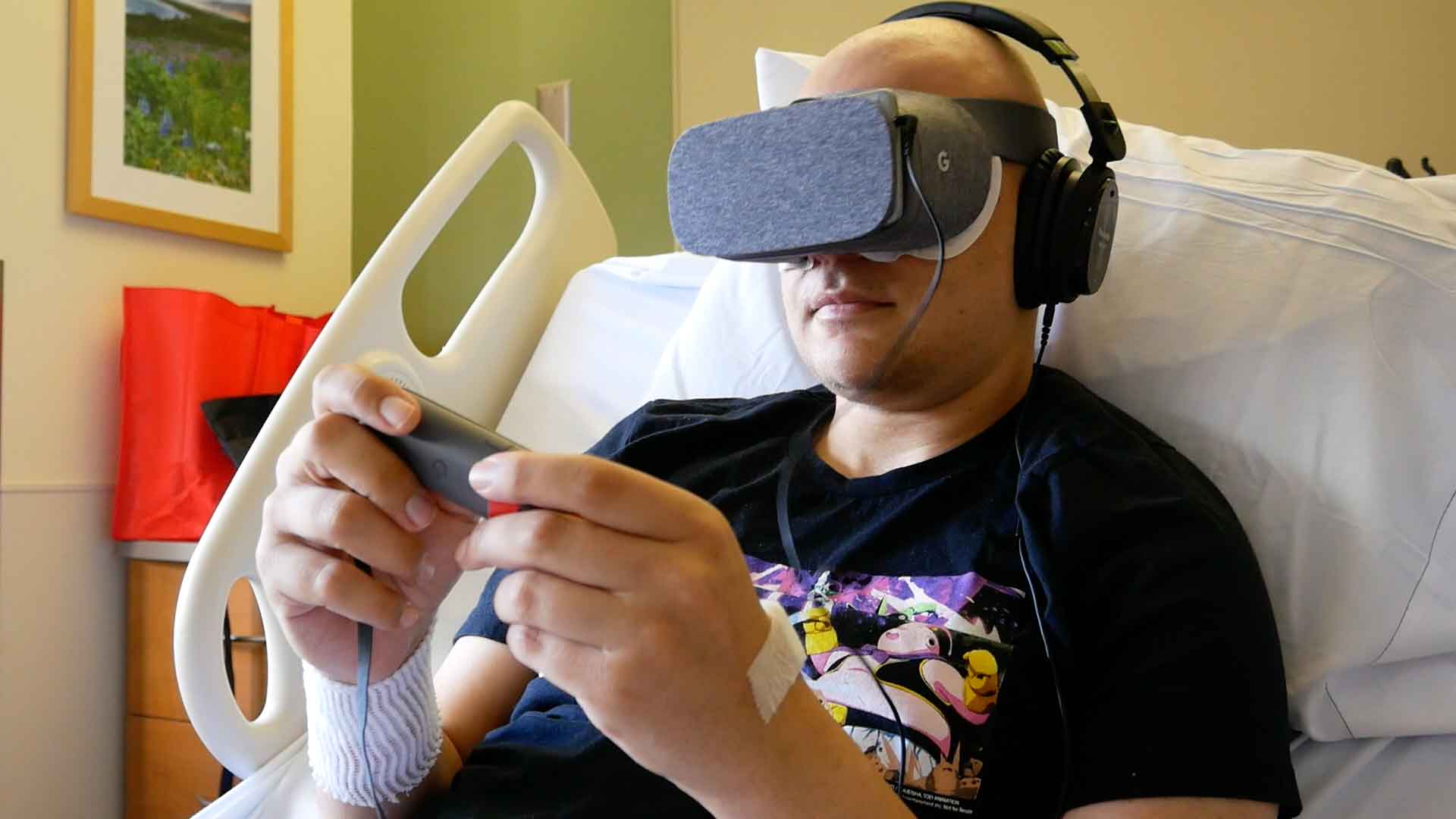 Google is no stranger to using its technology for good deeds and overall quality of life improvement. One of its latest efforts, having popped up a little later in the Fall of 2017 is its Daydream Impact initiative, which gives third-party organizations the tools they need to help make big changes for people in their everyday lives. Like helping cancer patients to have less anxiety during treatment by having them engage with VR technology like the Daydream View headset, or creating anti-bullying content to distribute through schools that can help to foster social change among students and their peers. Google is far from being the only company using VR for better quality of life, but it’s certainly the most recent company to explore how VR could be used for more than just personal entertainment that includes watching videos and playing games.

It’s Now Easier Than Ever To Feel Like A Jedi 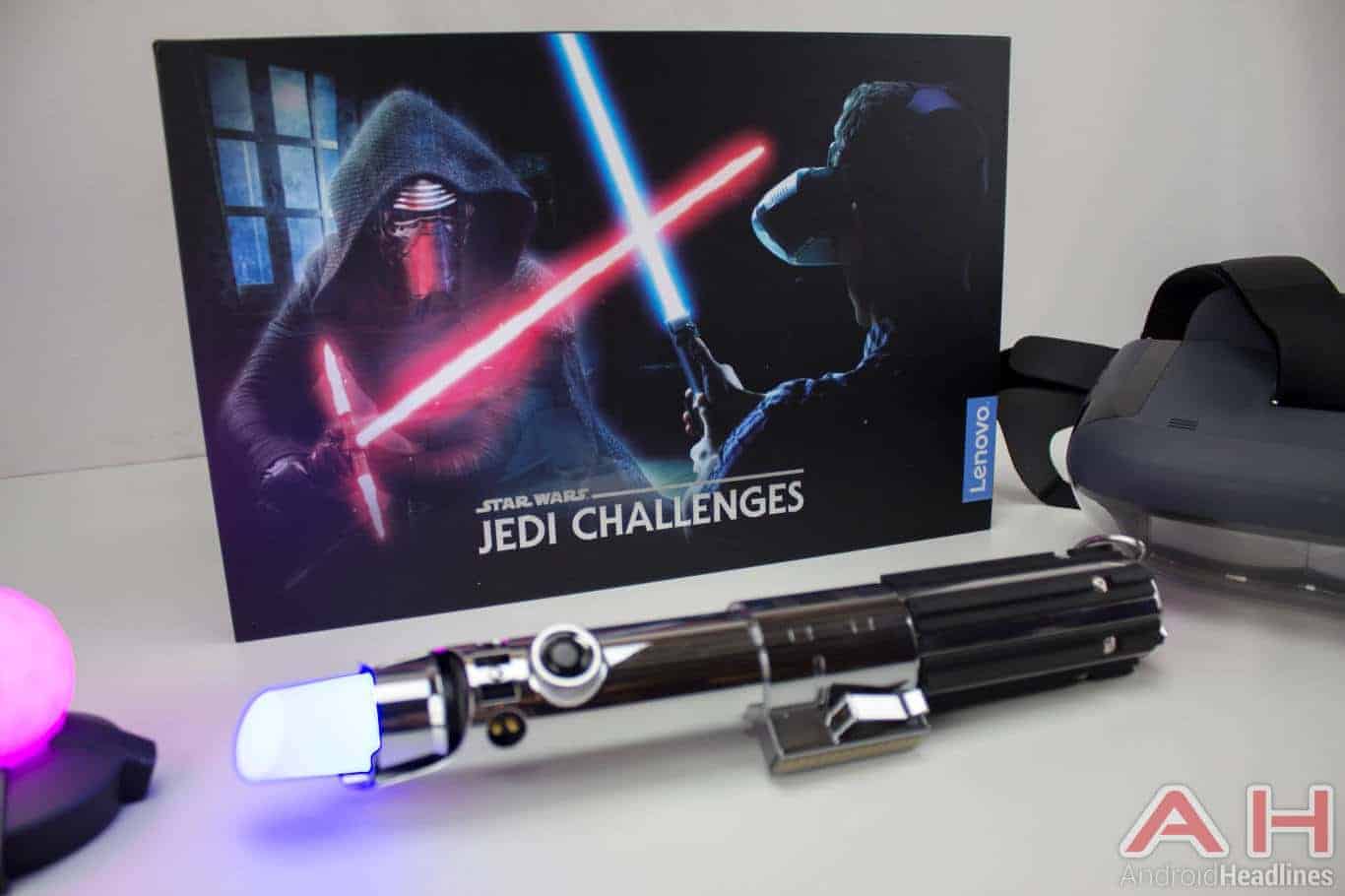 If you’re a Star Wars fan then there’s no doubt that the most exciting advancement in the world of VR technology this year has been the launch of the Lenovo Star Wars Jedi Challenges experience, which admittedly isn’t really VR, it’s actually AR, but the technology is close enough that it’s worthy of being included. The beauty of the Jedi Challenges is that with the combination of the headset that Lenovo has designed, the lightsaber accessory, a beacon that connects to your phone, and your mobile device, you can play games that make you feel like you’re an actual Jedi fending off the Empire. There’s not a whole lot of content to be enjoyed at the moment but Lenovo is reportedly going to be updating the Jedi Challenges game to offer more which could include one on one battles between two people, each with their own headset. At $200 the experience isn’t exactly cheap, especially considering the singular type of offering that you’d be getting when compared to other types of AR and VR headsets out there, but right now it’s the ultimate for Star Wars fans who just want to feel like they’re saving the universe from the evil clutches of the Empire. 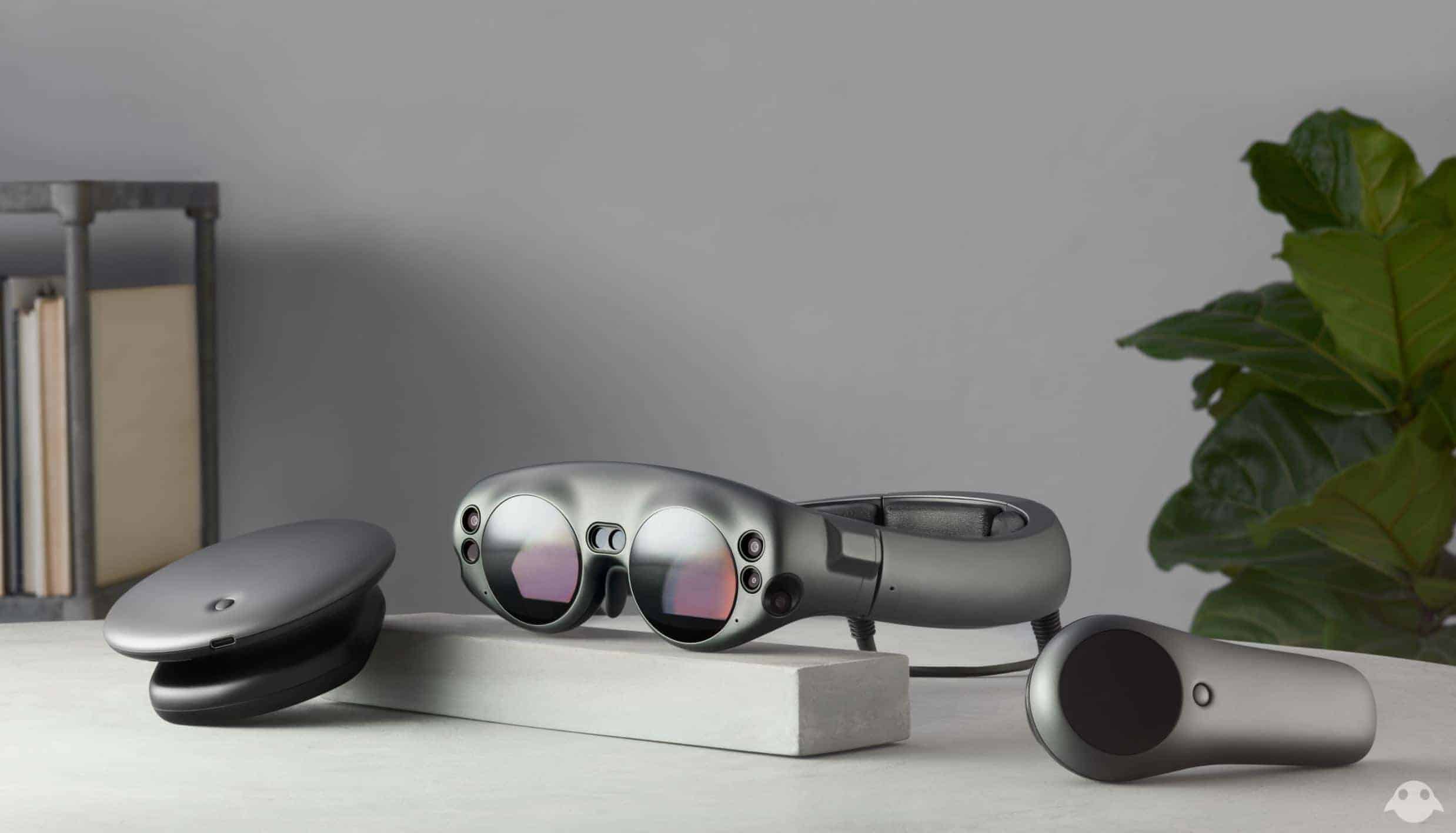 One of the more exciting things to float around the VR and AR atmosphere over the last couple of years has been the technology coming from Magic Leap. Proof of concepts were all that consumers were greeted to with not much else in terms of actual hardware, as no actual look at the hardware existed before, but over the last week Magic Leap finally unveiled what it had been working on for so very long – a mixed reality headset called the Magic Leap One, which is a pair of mixed reality goggles that fit over your face like a VR headset. These come with an accompanying controller and a piece of hardware that attaches to the goggles which can be affixed to your pocket, connecting the two by a cord. The goggles are said to be driven by a high-powered chipset although Magic Leap doesn’t state specifically what chipset this is, it does however note that it’s an integrated processing unit that is built by its own team. Using technology such as Digital Lightfield and Visual Perception, the Magic Leap One is an ambitious take on the worlds of virtual reality and augmented reality that will begin shipping to creators, developers, and partners at some point in early 2018, so while it might be a while before consumers are actually able to get their hands on such hardware, now that the tech is actually official it won’t be long before Magic Leap joins the ranks of all the other hardware which is already available to buy.

It may not feel like it’s been a big year for VR, and from a hardware standpoint that might be true as no new VR headsets have really launched that were major advancements over what was already out there. What was launched, though, did include incremental improvements that were meaningful and that’s never a bad thing. New content was released for these platforms, too, and even though 2017 gave life to the possibility of standalone Daydream hardware from the likes of HTC before having it rescinded, there was still lots of other stuff to be excited about, not the least of which is Magic Leap with its new pair of Goggles. It’s also worth considering that since hardware for VR hasn’t been a huge leap forward this year, there’s more room for it to see a huge leap forward in 2018 and beyond.