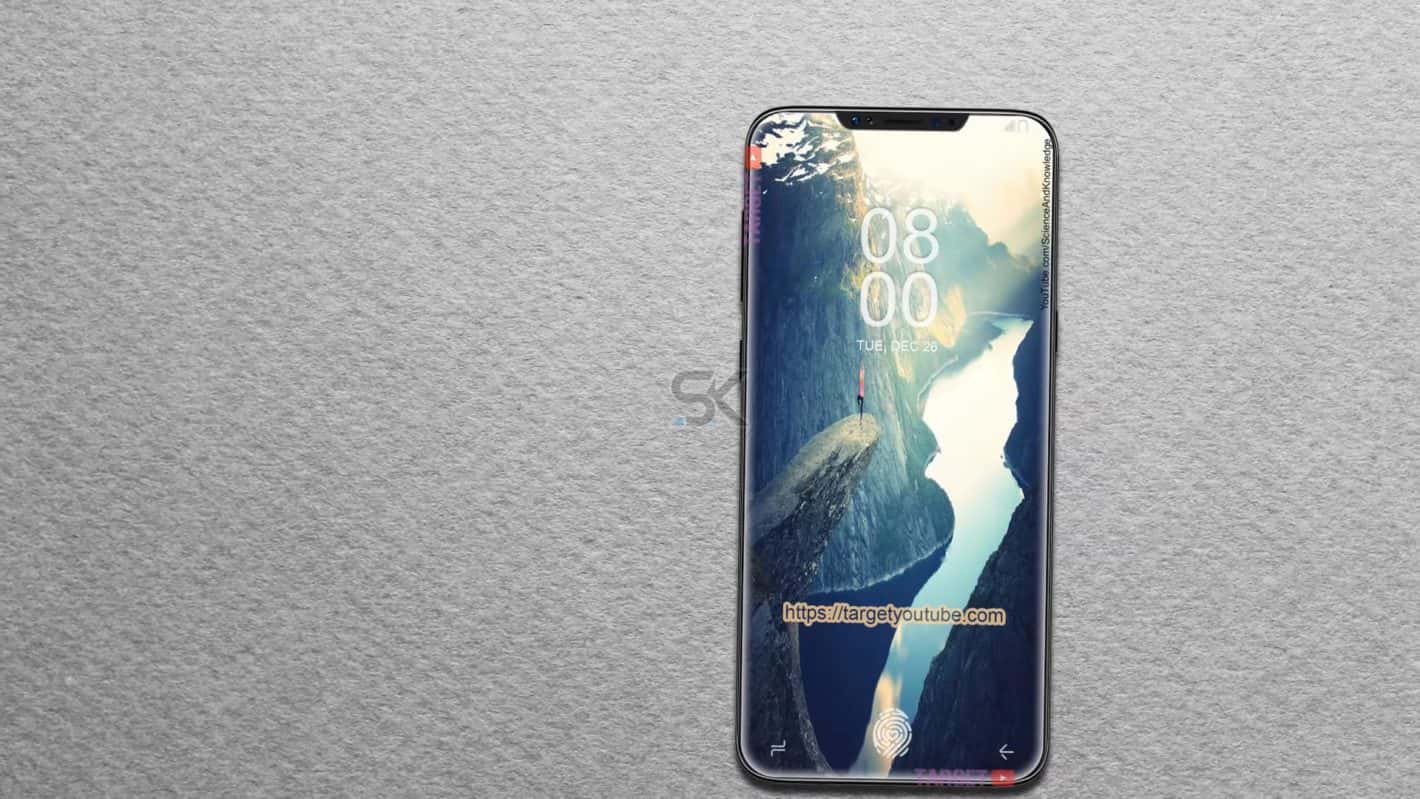 A YouTube page called 'Science and Knowledge' usually releases smartphone concepts, and the newest creating that the page just share is actually Samsung's iPhone X clone. This smartphone is not real, of course, this is just an imaginary handset, but it's still interesting to see. As soon as you fire up the video that is embedded down below, you will notice that this handset, which is called the Galaxy X8, sports a notch at the top of the display, while it does not have bezels anywhere else.

Having said that, this handset is also envisioned to sport an in-display fingerprint scanner, while the Bixby button is located on its left side. The volume up and volume down buttons are placed above the Bixby key, while a power / lock button can be found on the right. The device seems to be made out of metal and glass, while a dual camera setup sits on the back of this phone, as does a dual LED flash, which is placed right between those two cameras. Samsung's logo is imprinted on the back of this handset, and the display on the Galaxy X8 comes with rounded corners. Now, in addition to coming up with this design, the source also came up with some specifications for the device. The source envisioned a Gorilla Glass 6 protection for both the front and back side of this phone, while the device sports an aluminum frame. Theis concept Galaxy X8 handset is also IP68 certified for water and dust resistance, and it sports a 5.8-inch QHD+ (2960 x 1440) Infinite X Notch Super AMOLED display, which is a mouthful, and also a name that was made up by the source.

Android 8.0 Oreo comes pre-installed on this imaginary smartphone, and the phone is fueled by the Snapdragon 845 SoC, Qualcomm's newest flagship chip. The device also comes with 6GB of RAM and 64GB of native storage, while its main snapper on the back sports 19-megapixels (f/1.7 aperture, PDAF) and OIS. A 16-megapixel shooter (f/1.7 aperture) is included on the front side of the phone, while a 3.5mm headphone jack is also a part of the picture. Quick Charge 4.0 is also included here, while the phone sports a 3,650mAh non-removable battery. There you have it, if you'd like to check out this imaginary smartphone for yourself, the concept video has been embedded down below.