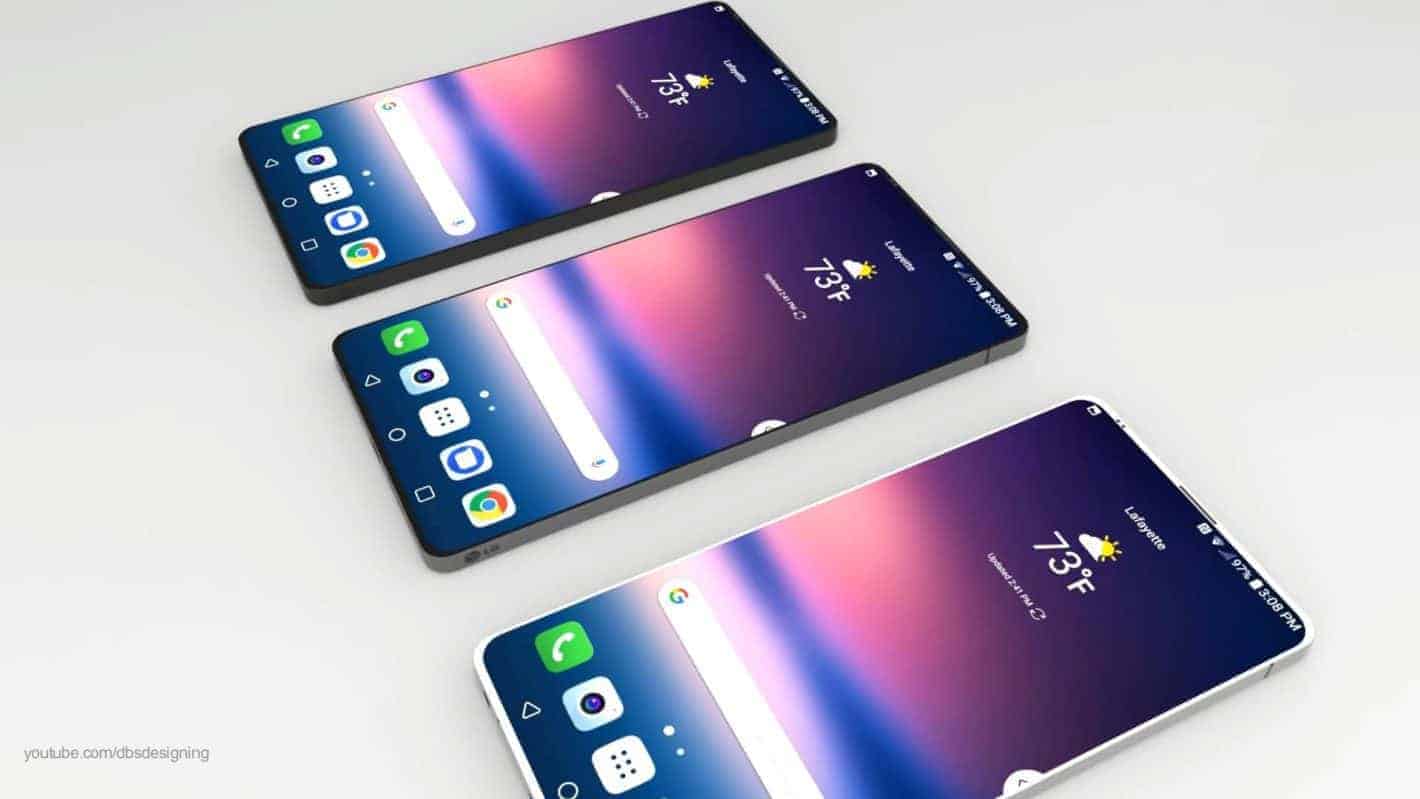 A YouTube channel called ‘DBS DESIGNING’ has just published a new smartphone concept video, this time around we’re looking at the LG G7 concept. As it’s usually the case, this is not a leak of the smartphone or anything of the sort, only the fruit of a third-party developer’s imagination. If you take a look at the provided video down below, you will notice that this handset sports really thin bezels, it’s basically fully bezel-less.

Having said that, the phone does come with on-screen navigation keys, while it sports a 3.5mm headphone jack as well. Next to the headphone jack, which is placed at the very bottom of the phone, you’ll find a Type-C USB port, and a loudspeaker. Interestingly enough, there is no power key on the phone’s right-hand side (or anywhere else on the phone), but the volume up and down buttons are located on the left of the phone. The device sports a dual camera setup on the back, and also a dual-LED flash. Now, the designer envisioned this phone to be water resistant, and as you can see in the video itself, it comes in a number of color variants. The phone also sports a 5.8-inch QHD+ display, and that display sports rounded corners. The designer also envisioned 8GB of RAM for this smartphone and in addition to that, 128GB of expandable storage. A 3,500mAh battery was also mentioned, and the same can be said about fast charging.

Two 16-megapixel cameras lie on the back of this smartphone, while there are two 8-megapixel snappers included on the phone’s front side, right next to the phone’s earpiece. This LG G7 concept also comes with an in-display fingerprint scanner, a technology which is expected to become available in the second half of next year. That is more or less it, the real LG G7 probably won’t look that similar to this phone, but we’ll see. The LG G7 is not expected to launch for another couple of months or so, but it will be interesting to see how will LG improve upon the design of the LG G6 and the LG V30.