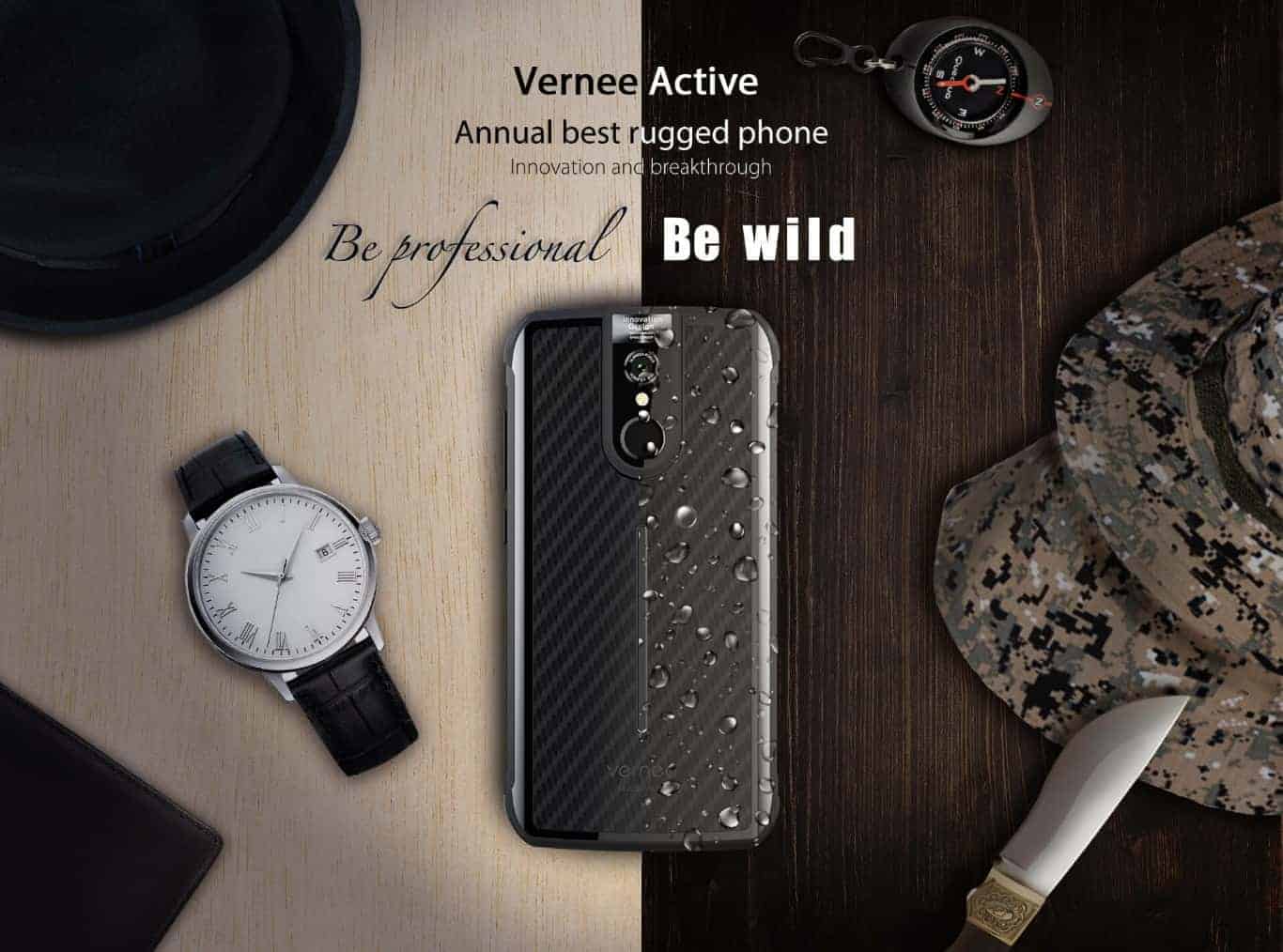 Vernee had introduced the Vernee Active, its new rugged smartphone, at the end of last month, and now the company's website has been updated with all the necessary Vernee Active content. Vernee is trying to show you that the Vernee Active is not your regular rugged smartphone, the company is trying to emphasize that this handset looks quite sleek, so it can be used as a regular phone as well, while at the same time, it can be used by backpackers, hikers and other really active, outdoorsy people who tend to drop their phones a lot.

The Vernee active does look like a regular phone, especially from the front. This handset comes with three capacitive buttons, which are placed below its display, while it does not exactly sport the thinnest bezels around, but that was to be expected considering this is a rugged smartphone. On the back of the device, you will notice a single camera, and a fingerprint scanner which is placed below it. Now, the Vernee Active is made out of metal, though there's a rubbery material included on its back, so that the phone does not slip out of your hand that easily. The Vernee Active comes with IP68 certification for water and dust resistance, while the phone sports a 5.5-inch fullHD (1920 x 1080) JDI InCell display. The Vernee Active packs in 6GB of RAM and 64GB of native storage, while it is fueled by the Helio P25 64-bit octa-core SoC, which is one of MediaTek's mid-range processors. A 4,200mAh non-removable battery is also a part of this package, and it comes with 9V/2A fast charging.

It's also worth noting that the Vernee Active comes with drop resistance, in addition to being waterproof and dustproof. This handset features a 13-megapixel rear-facing camera, while an 8-megapixel shooter can be found on the phone's front side. Android 7.0 Nougat comes pre-installed on the Vernee Active, just in case you were wondering. The Vernee Active is already available for purchase, in case you were wondering, the phone can be purchased from AliExpress for $319.99, and the purchase link has been included down below.