Ultimate Ears announced two new speakers last month, the BLAST and MEGABLAST. These are kind of replacements for the BOOM 2 and MEGABOOM Bluetooth speakers, but not really. You see, these two are part of a new lineup, hence the changed names. These are Alexa-enabled speakers from the Logitech subsidiary, which is why they have a new naming scheme, BLAST instead of BOOM. But everything you love about the BOOM 2 and MEGABOOM speakers is here in the BLAST and MEGABLAST. Now, normally we would review these two separately, but since they are largely the same, with the MEGABOOM being larger, we are combining them both into this one review. So, let's check them out. 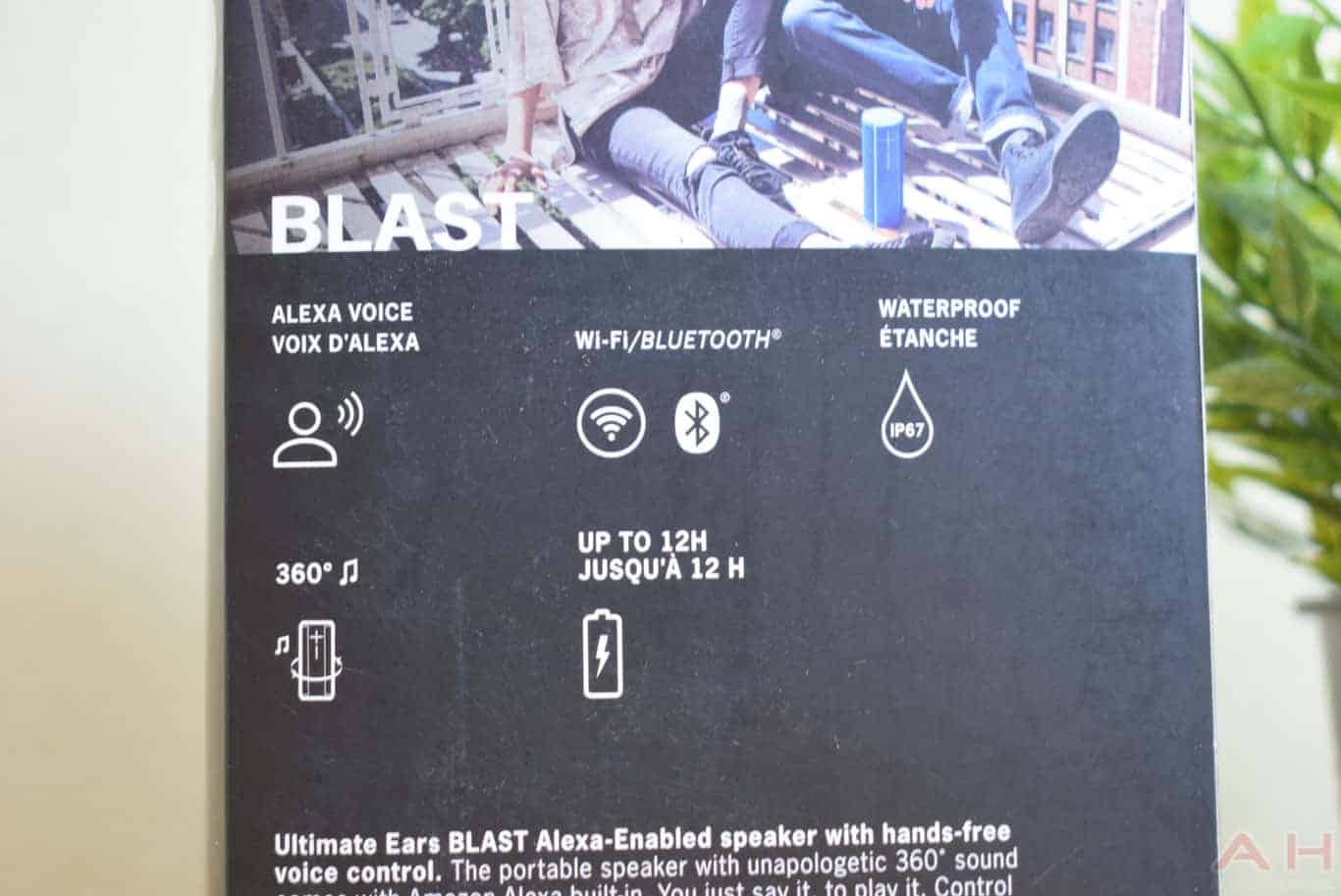 The only differences between these two are in terms of their sound, the BLAST has a maximum sound level of 90dBC and the MEGABLAST at 93dBC, while frequencies range from 90Hz to 20kHz on the BLAST and 60Hz to 20kHz on the MEGABLAST. Internally, the BLAST has two 35mm drivers with two 81mm x 39mm passive radiators. Since the MEGABLAST is larger, it has two 25mm tweeters which the BLAST doesn't have, as well as larger 55mm active drivers, and larger passive radiators that are 85mm x 50mm. The other difference is battery life, 12 hours on the BLAST and 16 hours on the MEGABLAST. This will vary depending on your usage, as well as how often you are using Alexa, of course.

Otherwise, the specs here are largely the same. These speakers work with dual-band WiFi 802.11 a/b/g/n/ac networks (although it needs to use a 2.4GHz network for initial setup, it can work on a 5GHz network afterward). It uses Bluetooth 4.2, and can pair up to 8 devices simultaneously. Which means if you have two devices that you'll use to stream on the BLAST or MEGABLAST, you won't need to manually connect it each time. WiFi range is 330-feet, while Bluetooth range is 150-feet, both of which are pretty impressive, especially the Bluetooth range. These speakers are also IP67 for water resistance, similar to its predecessors. Finally, both have far field voice recognition, which is needed for Alexa. 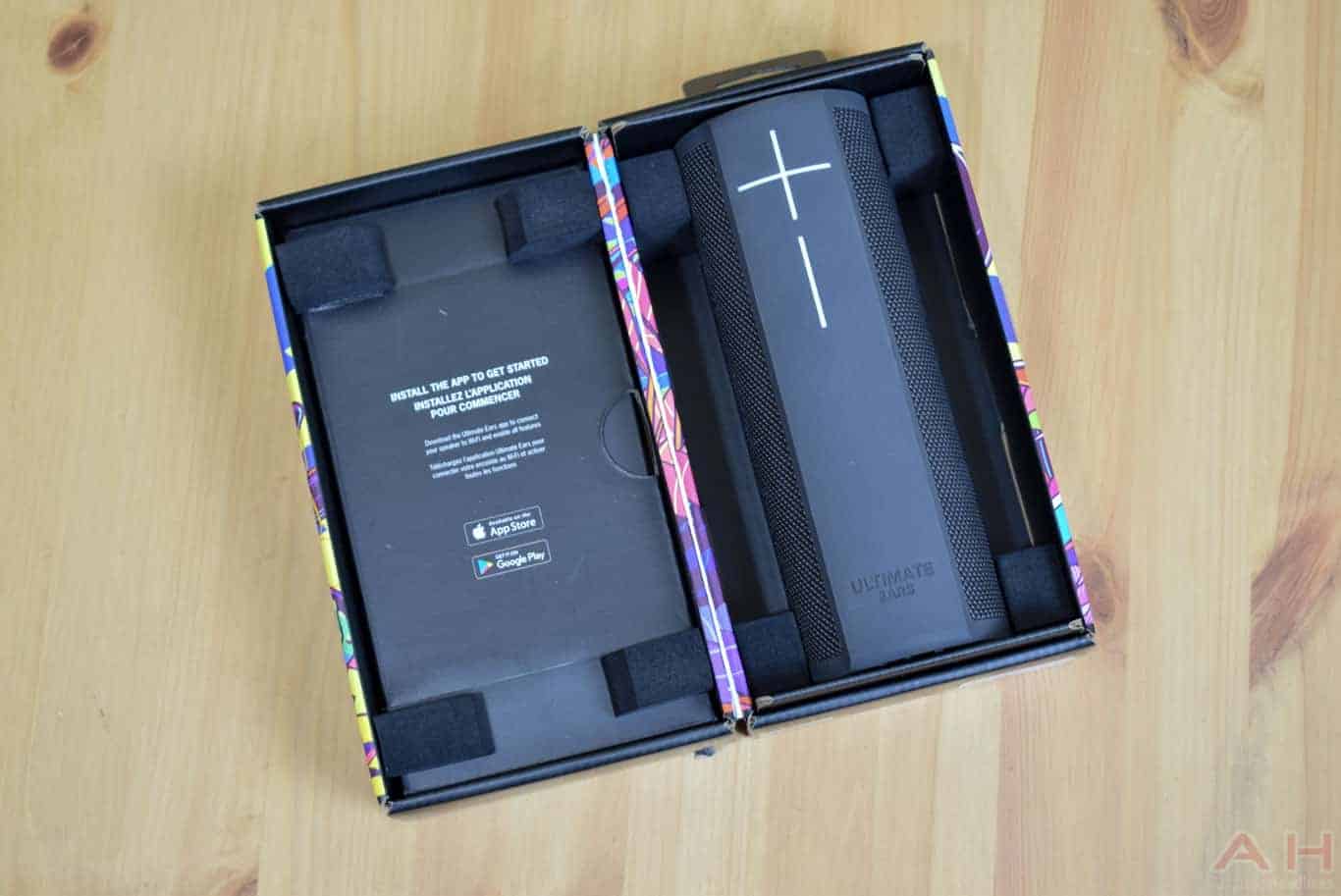 Ultimate Ears likes to provide its customers with a rather unique unboxing experience, and that is the case here with the BLAST and MEGABLAST. You take off the sleeve and the box opens up like a book. You are immediately greeted with the speaker, and beneath it, you'll find the usual set of paperwork and a wall adapter with a micro USB cable. Unfortunately, Ultimate Ears is still using a micro USB cable here for power on the BLAST and MEGABLAST. You will need to use the micro USB cable included in the box, as others won't fit the small hole for the port. Which is a bit of an inconvenience as most of us have loads of micro USB cables already, but Ultimate Ears does include a nice looking flat cable in the box, which is great as it won't get tangled.

With our review units of the BLAST and MEGABLAST, Ultimate Ears also sent over the POWER UP Dock for charging both speakers. We'll be talking more about this later, but the unboxing experience is much the same, you get the dock, a micro USB cable and a booklet of quick start guides, warranty information and such. 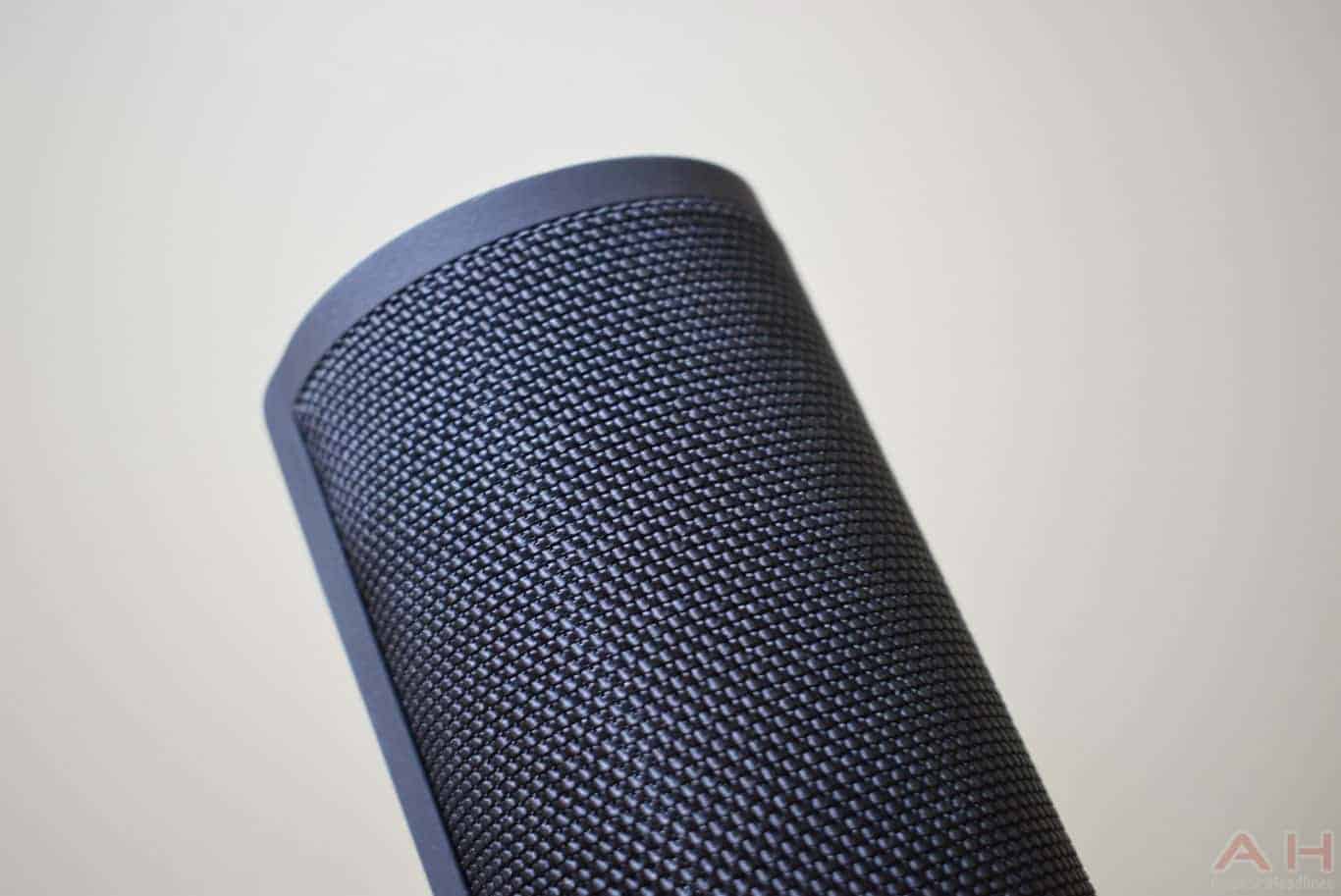 If you've seen or used previous Ultimate Ears speakers, the hardware is mostly the same. But there are some rather subtle changes here. The BLAST is slightly taller than the BOOM 2, and also a tad thicker (you won't notice this unless you have both side-by-side), and the same goes for the MEGABLAST and MEGABOOM. This doesn't mean that it's going to provide louder music or audio, but it does add a bit more room for a larger battery. Remember, the BLAST and MEGABLAST are "always-listening" while in use, since it has Alexa integration, which obviously uses more battery than just standard streaming. Below, you can see the size differences compared to the BOOM 2 and MEGABOOM.

Other than being a 360-degree speaker, Ultimate Ears has also eliminated a number of curves here. So at the top, it used to curve towards the top on the BOOM 2 and MEGABOOM, now it's flatter and comes to a sharper (not sharper as in it'll hurt if you touch it though) point. It gives it a slightly different look and still looks nice. The power button is also a bit larger, as is the light in the power button. It's both longer and thicker. So, there are some subtle differences here from the BOOM 2 and MEGABOOM, but the BLAST and MEGABLAST still have the same Ultimate Ears DNA that its customers know and love.

Ultimate Ears is still using the fabric around the speaker that everyone loves with these speakers. It also helps the company to put out all different colors, and designs with its speakers. Currently, with the BLAST and MEGABLAST, it is available in just a handful of colors. Including Graphite, Blue Steel, Merlot, and Blizzard. We have the BLAST in the Graphite and the MEGABLAST in Blizzard, for those wondering. 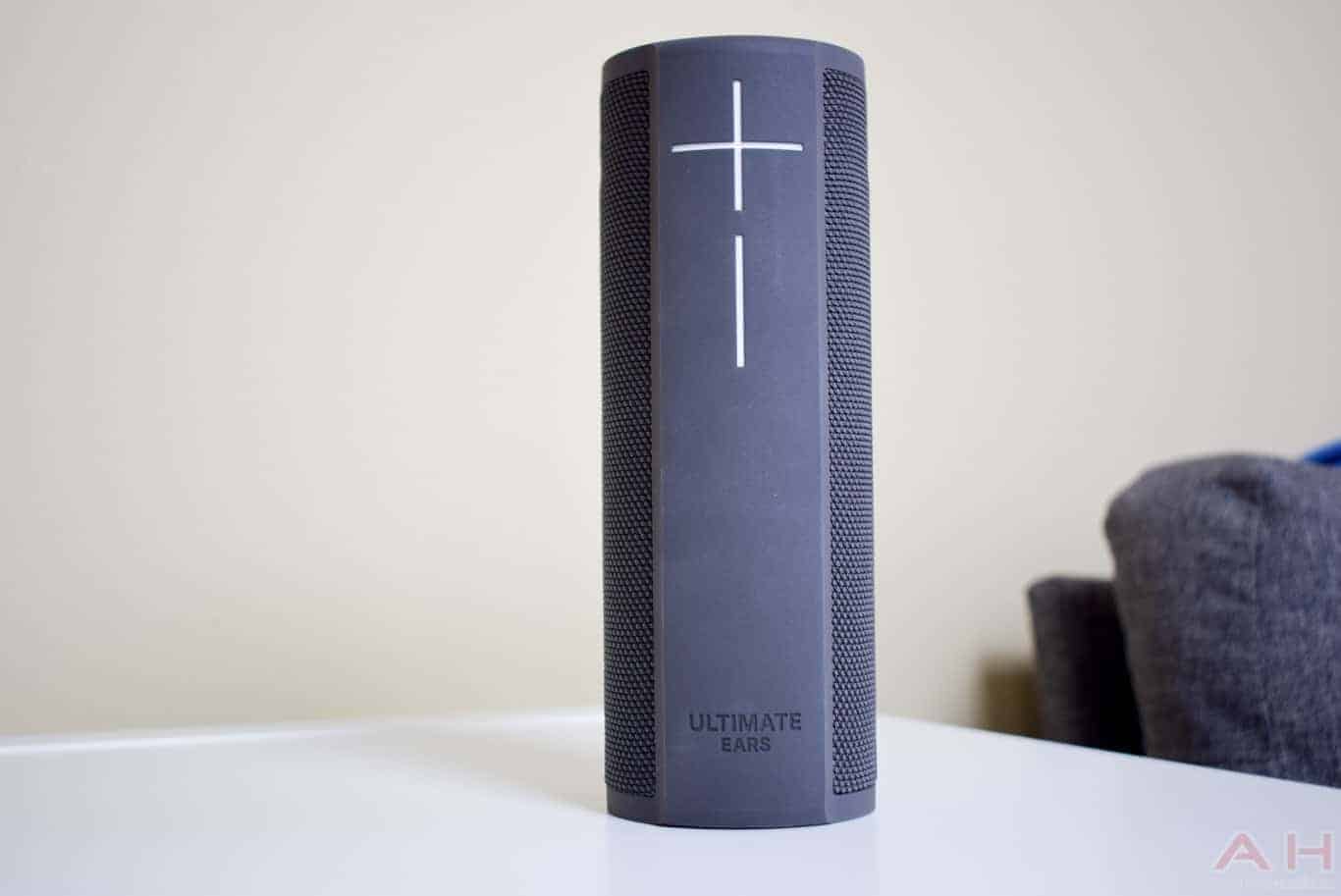 The bass is nice and heavy on both speakers, but of course the MEGABLAST is a bit better in that regard, since it does have a larger frequency range. The mids and highs are also still crystal clear, and this goes for putting the speaker at max volume as well, which is rather impressive. It's something that most other Bluetooth speakers have trouble doing, even without going to max volume. Throw on a bass-heavy song and then turn it all the way up, and you'll really appreciate the MEGABLAST and all it can do.

Now the only downside to how loud the MEGABLAST (in particular) can go, is Alexa. When it is turned all the way up, you'll have trouble getting Alexa's attention. And that's likely because she just can't hear you over the sound coming out of the speaker, which is understandable, so you'll want to turn down the volume on the speaker (which it does luckily have volume buttons on the front, which are nice and large). But if you have the volume up to around 6 or 7, you'll need to shout at Alexa, or move closer to speak with her. This isn't usually a problem with other Alexa speakers, and that is because they aren't usually as loud as the MEGABLAST is. And that's a problem that's definitely good to have. 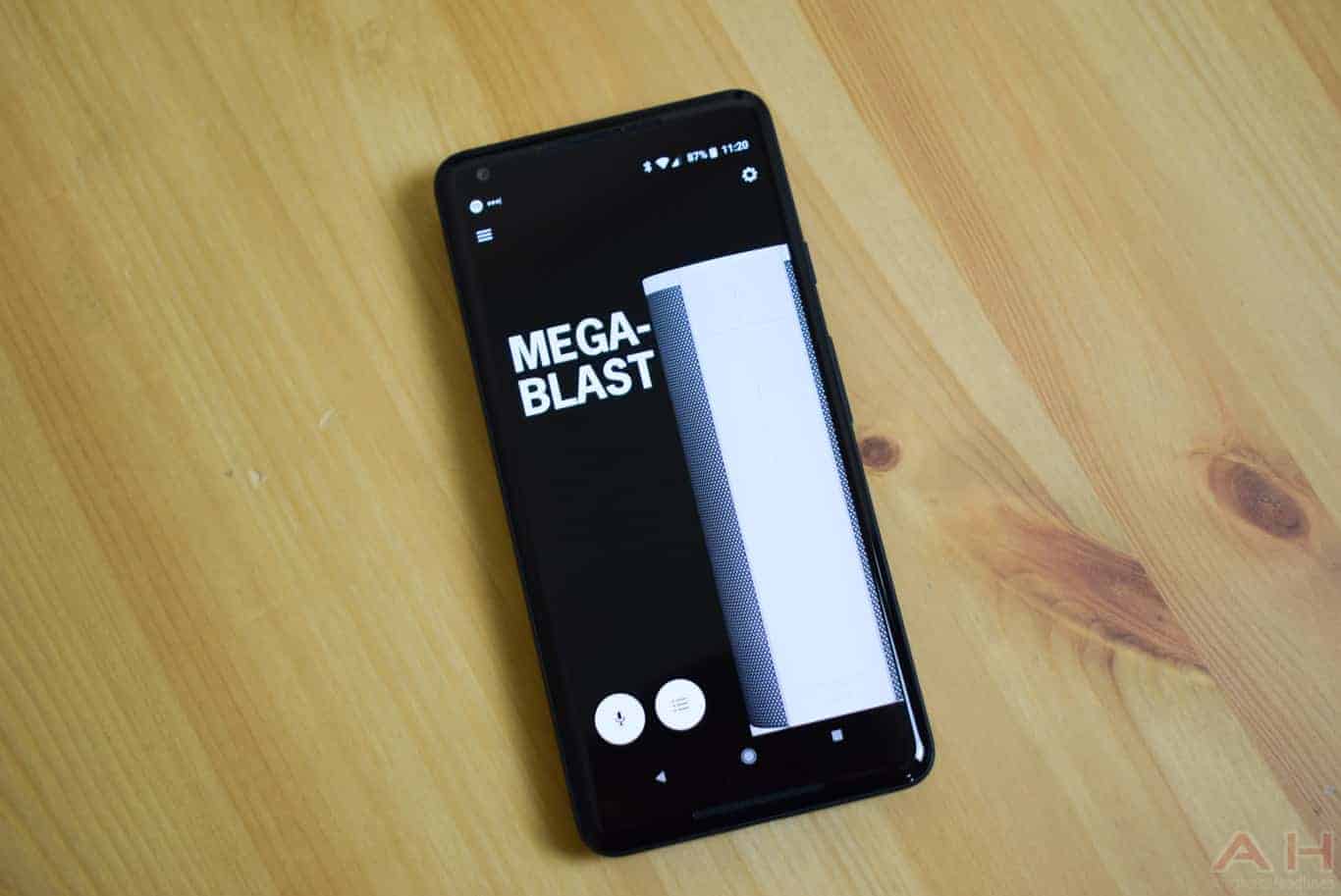 Ultimate Ears has redesigned its app for both Android and iOS. It's still free, but does now include support for the BLAST and MEGABLAST. It isn't required for setting up either speaker, but it is definitely the preferred way of doing so. You can always just connect over Bluetooth like any other speaker, but since this has Alexa, you'll want to use the app to connect it to your WiFi network and your Amazon account for Alexa. It uses WiFi connection for downloading updates for your speaker. Ultimate Ears says that  it will be sending out updates pretty regularly for the two speakers, and it will download at night while the speaker is plugged in. So that users will never really have to worry about the update for their speaker.

The app, you really won't use much. You will use it to connect other speakers, as the BLAST and MEGABLAST can be daisy-chainned together for multi-room audio, or even louder audio (as if you'd need it). You can also check the battery percentage of the speaker on the app (although it only says "Partial Charge", "Medium" etc, so it's not a complete percentage per se). And finally, there is a microphone for calling up Alexa. 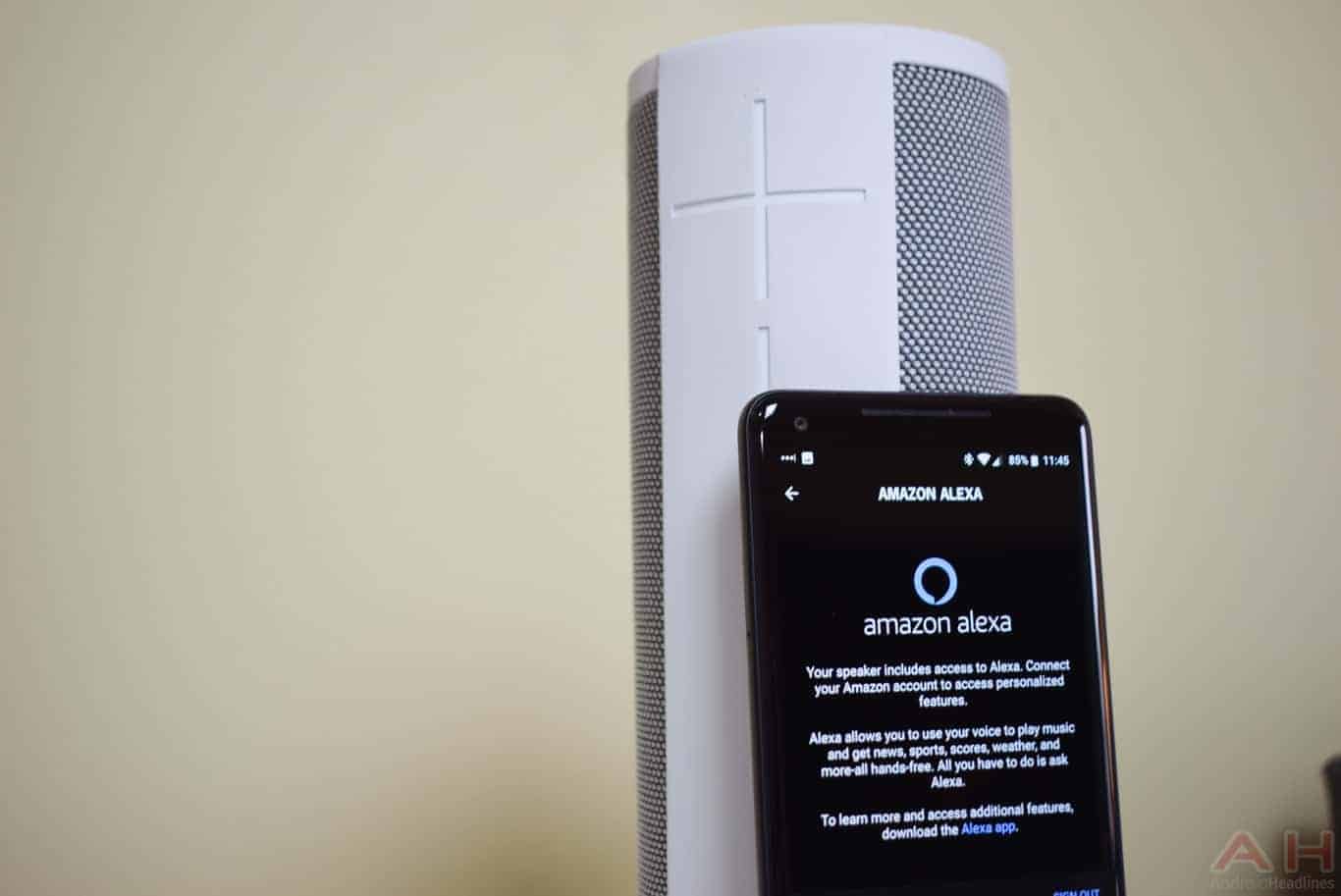 Unlike the Echo or any of Amazon's first-party Alexa devices, there are some caveats to Alexa on the BLAST and MEGABLAST. The biggest one is the fact that it doesn't support all of the music services that Alexa does on the Echo. The biggest example is Spotify. If you ask Alexa to play a playlist on Spotify through the BLAST or MEGABLAST, she'll tell you that it isn't supported right now. Of course, you can still stream over Bluetooth, and the audio is still quite good, but not the same as streaming over WiFi, unfortunately. Ultimate Ears did tell us that Spotify will be added in the near future, but there was no firm date as to when that might be. However, those that do buy the BLAST or MEGABLAST will get 3 months of Amazon's Music Unlimited service for free, which is – ironically – supported.

Otherwise, Alexa is basically the same as on any other Alexa-enabled device. You can ask Alexa a variety of questions, have her read you the headlines from different sources like CNBC, CNN, and many others. Alexa has over 10,000 skills available right now, and they all work on your BLAST or MEGABLAST speaker. In fact, when you sign into your Amazon account, all of the skills are immediately available on the BLAST and MEGABLAST. So you don't have to wait for it to sync, or add the skills again or anything like that. It works flawlessly, which is nice to see. 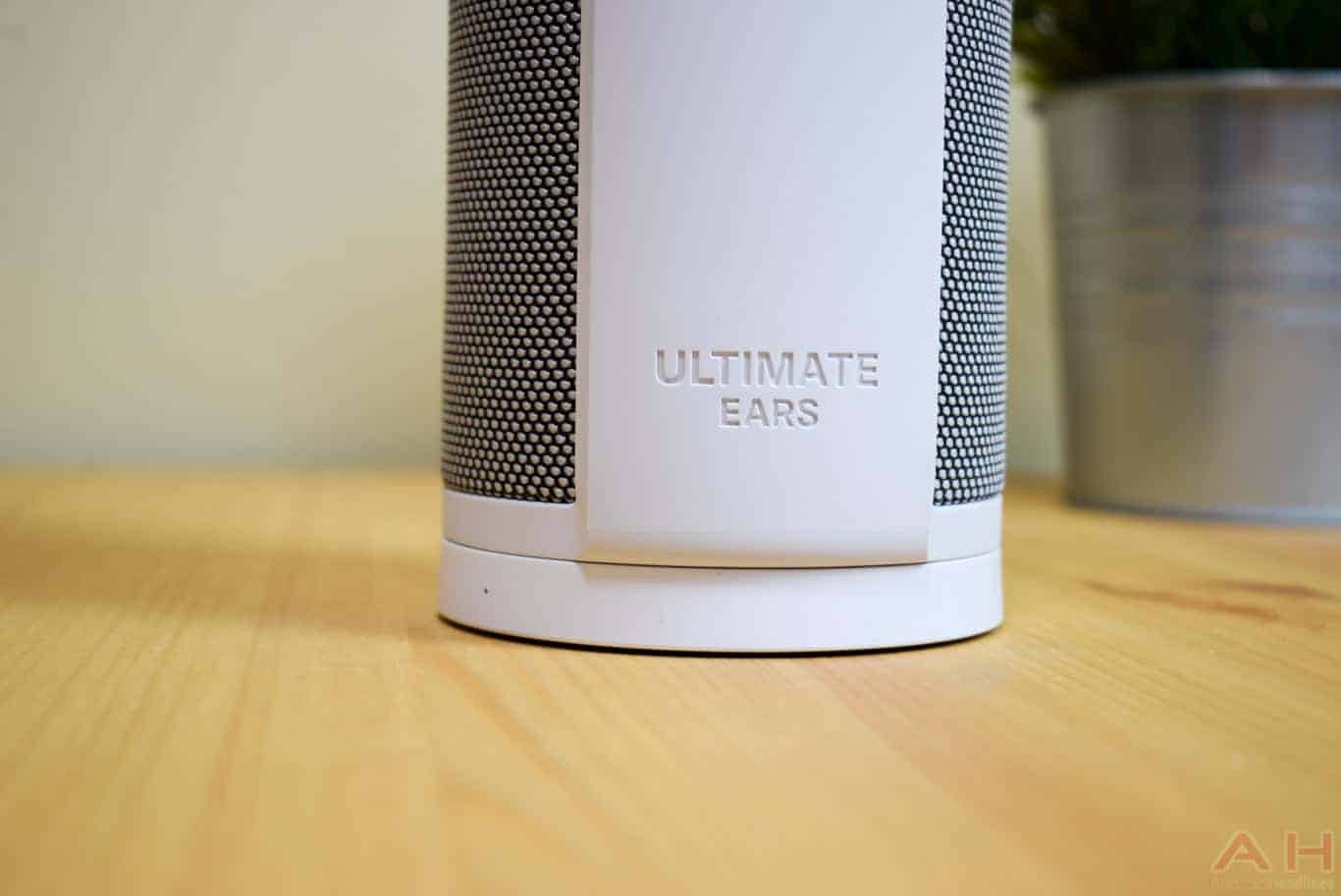 The POWER UP Dock is a pretty simple product from Ultimate Ears. It's a dock that you can use to sit your BLAST or MEGABLAST speaker down on to have it start charging. Because the port for charging is on the bottom, it makes it difficult and inconvenient to charge either speaker, not to mention, it does remove the waterproofing for the time being, this is a much better alternative. It also looks really nice. But it does only come in white, so if you pick up the Blue Steel BLAST or MEGABLAST, it won't look as nice as with the Blizzard colored one.

You'll notice in the pictures below that the POWER UP dock is large enough to sit flush with the MEGABLAST on top, but it's a bit wider than the regular BLAST. Unfortunately, Ultimate Ears does only sell one size for the POWER UP dock, so if you pick up the BLAST, you will be stuck with a wider dock than the actual speaker. That may not bother some people, but it is a nicer look when it is completely flush, like it is with the MEGABLAST above. Additionally, to use the POWER UP dock, you do need to swap out the plug that is on the bottom of the BLAST or MEGABLAST. In the second picture in the gallery below, you'll see the regular plug that is on every Ultimate Ears speaker on the left and the POWER UP dock compatible one on the right. It actually gives the bottom of the speaker a bit of a nicer look, but how often will you be looking at the bottom? Likely not too often, especially since you don't need to plug it in when you have the POWER UP dock. 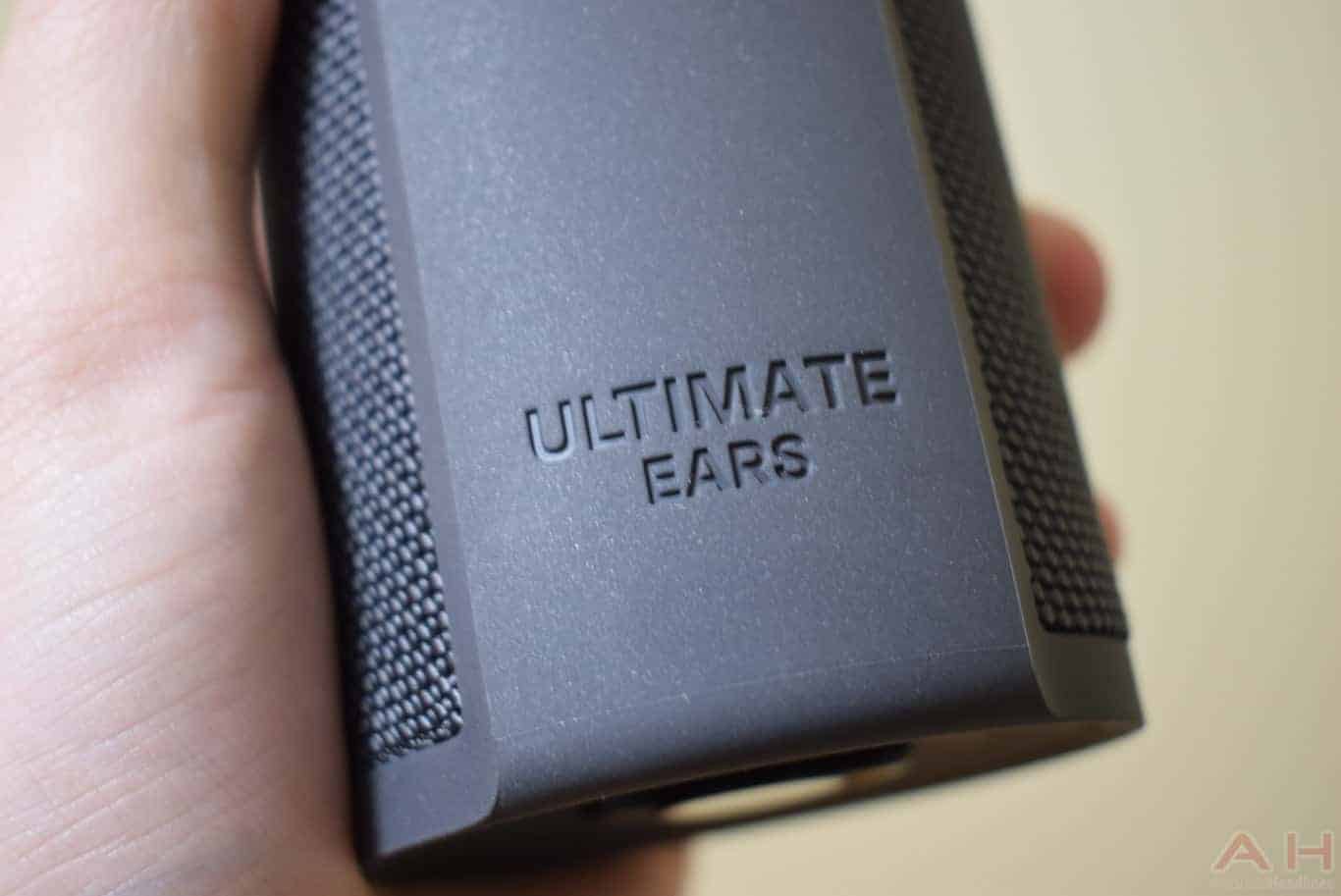 These new speakers from Ultimate Ears are really good. The company took what it did well with the BOOM 2 and MEGABOOM and improved on it, while also adding Alexa because it's 2017 and every gadget needs to support a smart assistant or two. The BLAST is a great speaker to grab, and based on price alone, it'll likely be the big seller. With the BLAST costing $229 and the MEGABLAST being an extra $70, it is definitely worth it, especially if you are looking for some pretty loud music. But you really can't go wrong with either Bluetooth speaker, whether you are looking for a speaker to just stream audio via Bluetooth or for a better Echo alternative, these two are some of the best choices out there.