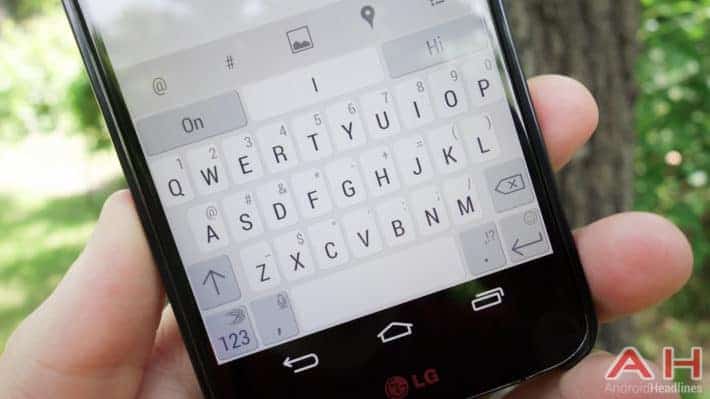 The SwiftKey keyboard app for Android has been updated with the addition of a fresh feature, accessibility improvements and support for more languages. It is worth mentioning first that this update is one of the most useful enhancements to SwiftKey, as it touches more on the various functionalities of the keyboard app than on the cosmetic side of things. Most of if not all of the changes that are coming to Swiftkey in this stable version are the features which were introduced to the SwiftKey beta at the end of November.

One of the major changes that come with this update is a new feature called “Quick Paste,” and as the name suggests, it allows you to paste a word or set of words with just one tap. That is because this new feature enables text copied from its source to show up right on the prediction bar of the mobile keyboard solution. If you find the “Explore By Touch” feature of the app helpful for a quicker typing, then you would be glad to know that SwiftKey has gained accessibility improvements that offer up more comfort and ease when you long press on the keyboard app using that tool. Additionally, SwiftKey expanded its list of supported languages, which now includes Chamorro, Ju|’hoan, Lisu, Palauan, Piedmontese, Sardinian, and Scots. That means you can now type in those languages if you are residing in the Mariana Islands or Piedmont in northwestern Italy, for example. That’s on top of the more than 150 languages supported by SwiftKey on Android devices. Finally, the keyboard app also gained fresh layouts for Naratgul and VEGA, which are essentially the methods of organizing Korean letters on a mobile keypad.

These are just the latest set of updates to have landed on SwiftKey for Android following more recent enhancements to the mobile app, including the Photo Themes feature which arrived on the app last month. That feature is intended to allow you to upload images of your own choosing or photos you captured yourself to SwiftKey and then set the uploaded image as your keyboard’s theme so that it appears in the background of the app while you type something in the keyboard. In June of this year, SwiftKey also rolled out GIF support to its popular keyboard app. SwiftKey is expected to receive more updates and improvements over the coming months as popularity of the app grows, having currently an install base of 500 million on the Google Play Store.