Virtual reality has really started to come into its own this past year and while there are quite a few options out there for headsets, including the HTC Vive and Oculus Rift for high-end PC models as well as the Gear VR and Daydream View for mobile models, Sony’s PlayStation VR is a nice middle-ground if you will as they’re a bit more costly than mobile headsets because they offer higher quality graphics and capabilities but they’re not as expensive generally as the PC options. More to the point, Sony has plenty of PlayStation VR Bundles on sale right now that you can pick up through Amazon that helps make them the perfect gift this holiday season. These will be at varying prices and will come with different stuff, which is part of the reasoning for the cost differences, but all will come with the necessary components to dive right into some immersive content.

For instance, one of the best bundles right now is the PSVR Gran Turismo Sport bundle. Normally this bundle costs $299, but right now it’s $100 off which means you can pick it up for $199 and it comes with the PSVR headset, the PlayStation camera which you need for the system to work, and it comes with a copy of Gran Turismo Sport, which just recently released and is one of the latest games to offer a first-person virtual view of the gameplay. If you’re a racing fan then this is definitely something you would enjoy as you’ll feel like you’re actually in the seat of the car racing among the others, which should feel like quite a rush as you whiz past cars back and forth, all competing for first place. 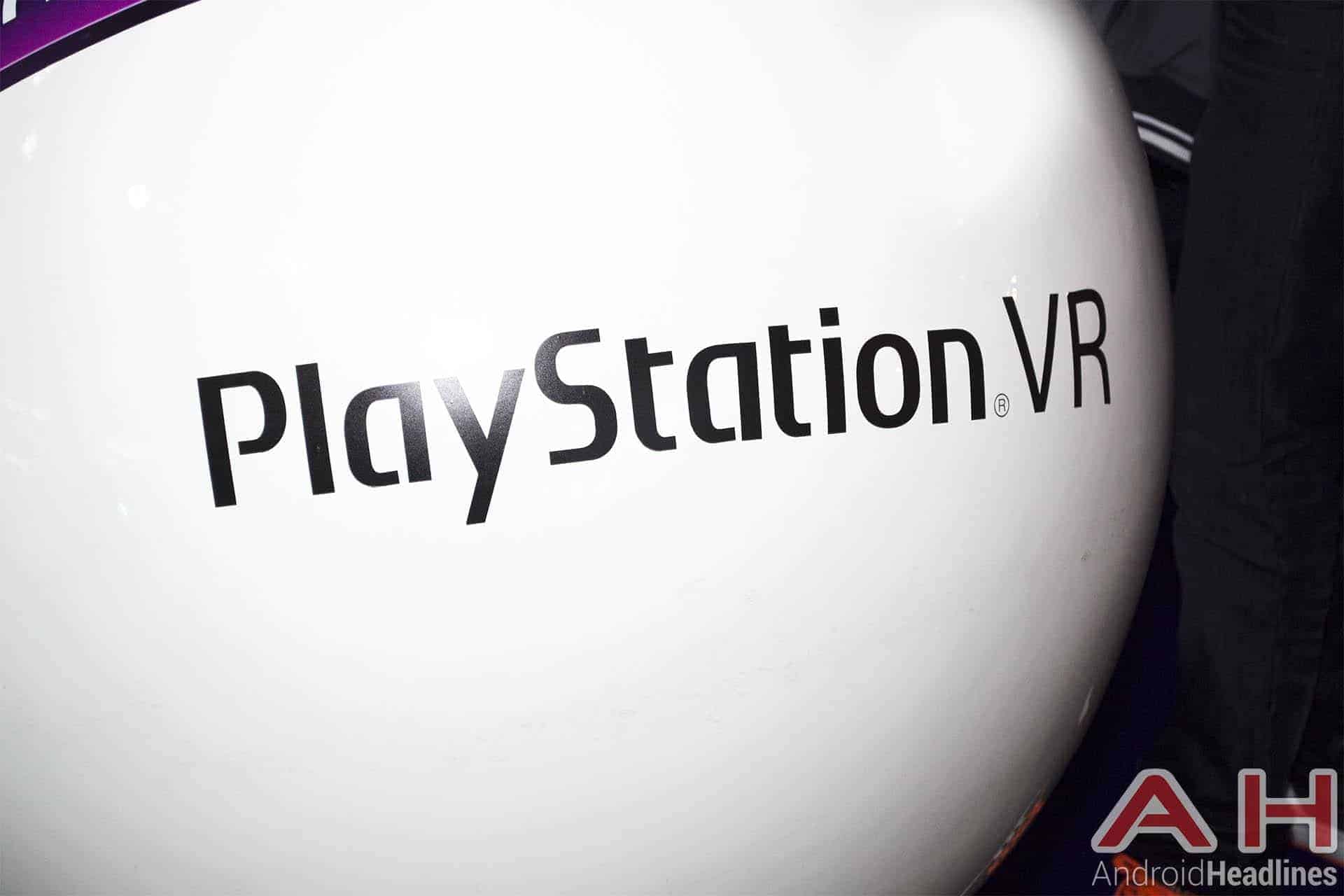 Of course the Gran Turismo Sport bundle is not the only bundle that you can find on sale right now, nor is it the only current bundle being offered that comes with some freebies. The PlayStation VR Skyrim Bundle not only comes with a free copy of Skyrim VR, but it also comes with the PlayStation Camera and two of the PlayStation Move controllers, which you’ll need to use for controlling the left and right arms and actions of your character while in the game. If you’ve played the original Skyrim before then you know how intense it can be and how amazing the expansive world made you feel when your first stepped inside of it. There was so much to explore and so much to do. So many quests to complete, so many spells to create, so much armor and so many weapons to craft, and now, you can experience it all in virtual reality. Normally the Skyrim bundle goes for $449 at full retail cost, but right now Amazon has it on sale for the same $100 off as the Gran Turismo Sport bundle which brings it down to $349. This is of course because it comes with the PlayStation Move controllers.

If racing games or RPG games aren’t your thing, not to worry, there’s a bundle for the FPS fans out there too, and wouldn’t you know it the bundle comes with a copy of another popular franchise title from Bethesda. This is the Doom VFR bundle which, doesn’t come with the Move controllers but it does come with a heart-pounding action-packed copy of Doom VFR which will allow you to take down the enemies of hell all in the most realistic and immersive way – by entering hell yourself and taking them all down as if you were in the game. For Doom fans, there’s no better way to feel closer to the series that you’ve loved for decades, and if you have a PlayStation 4 console then this is one bundle that would be worth picking up. Normally it goes for $399 at full retail and it comes with the PSVR headset, the PlayStation Camera, and a copy of Doom VFR. Right now though Amazon has it on sale for $299. That’s a pretty decent savings just like the other two bundles, and all are great options if you’re looking to dive into VR. 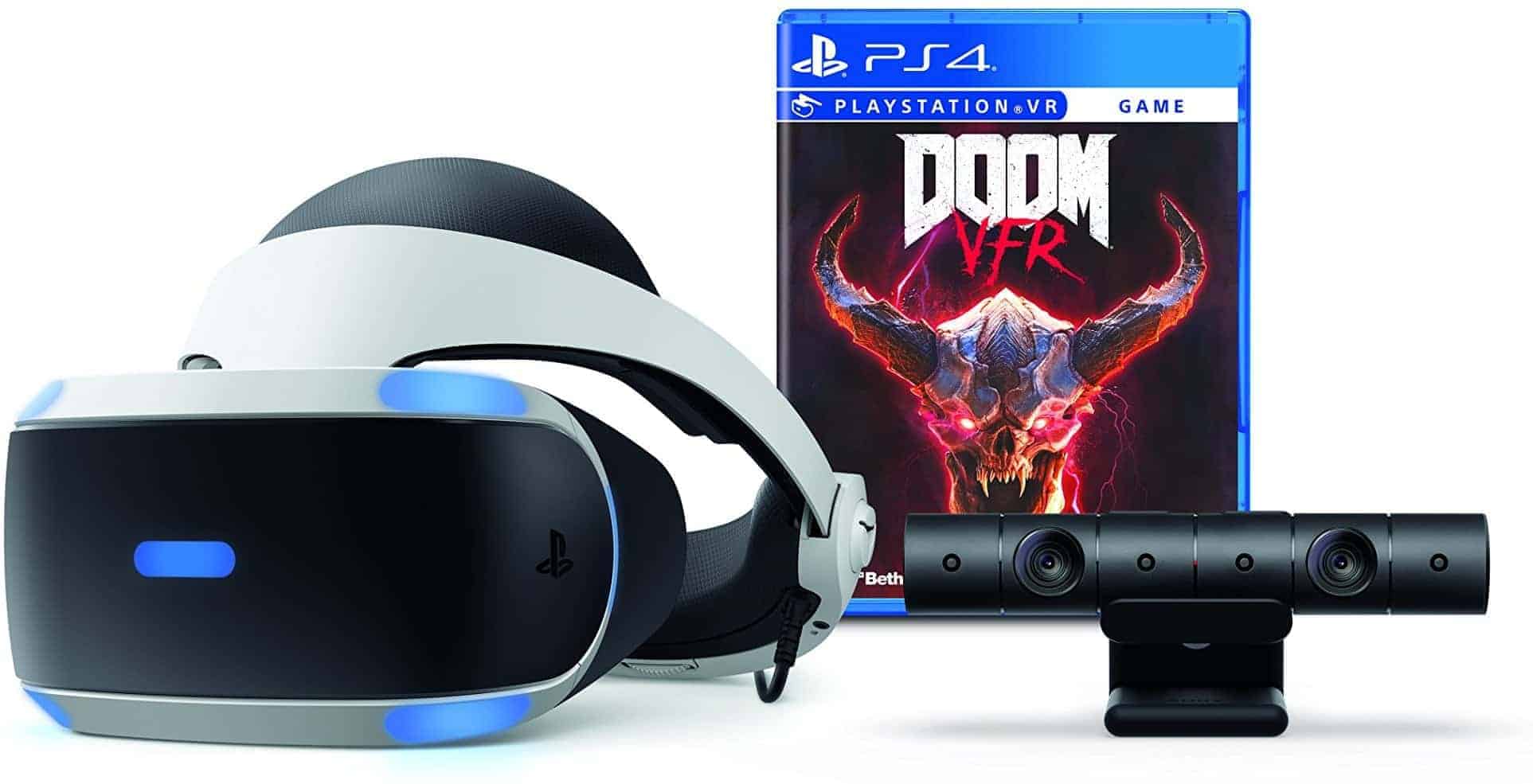 While the three bundles listed above are the most common bundles at the moment and the current ones available, there are other discontinued bundles which you can still get on Amazon that might be more to your liking. For instance, there’s the PSVR Worlds Bundle, which comes with the PSVR headset, the PlayStation Camera, two PlayStation Move controllers, and the PlayStation VR Worlds game, which is a collection of different shorter experiences, almost like mini games which you can play as a way to get a taste of what the PSVR has to offer in terms of content. They’re not full games but they do deliver a great introductory experience. The PSVR Worlds Bundle isn’t on sale likely due to it being discontinued, so it retails for $349. If you’re looking for something that doesn’t come with any games, you can get just the standard PSVR Camera bundle which comes with the PSVR headset and the PlayStation Camera, which normally goes for $399 but it’s currently on sale for $299. This is also a discontinued bundle that you generally won’t find often at many retailers because the stock is likely low or depleted. One other option, if you’re into FPS games and you’re thinking about picking up the DOOM VFR Bundle, is to add on the PSVR Aim Controller Farpoint Bundle, which comes with the PSVR Aim Controller for use with first-person shooters, and a copy of Farpoint, a space-based FPS title, which will cost you $79.99. These bundles contain just a few of the different games you can pick up for the PSVR, so if you already have one or if you simply want more games, there are loads more to choose from. Picking one is just a matter of picking whichever game the person who the gift is for will want to play the most. Or whichever game you’ll want to play the most and then it’s a gift for the both of you. Either way, PSVR Bundles are the perfect gift this holiday for the gamer in your life, even if that gamer is you