Sony's 2018 Xperia smartphones may be truly bezel-less, as suggested by several new leaks said to offer the first look at the company's upcoming Android-powered mobile devices. The images seen above and the render below show three devices in total, with one of them being depicted in blue and featuring a rectangular aesthetic similar to the company's existing OmniBalance design with one obvious exception – a nearly complete lack of bezels. The other two handsets appear to be an even larger departure from Sony's established smartphone aesthetic, boasting corners curved to different degrees. One of the leaked devices even does away with the company's signature side-mounted fingerprint reader and instead has a circular scanner centered approximately a third of the way down its back plate. All three offerings are equipped with dual-camera main setups, with two of them being situated in the top left corners of their rear panels, whereas the final design has a pair of sensors sandwiching what appears to be a dual-LED flash unit.

The rendered handset essentially lacks any kind of visible bezels but is also the only one that isn't shown in its entirety, with Sony presumably opting to place its front-facing camera on the bottom bezels. That particular feature is usually exclusive to niche smartphones from Chinese phone makers and would mark yet another significant design departure for Sony. The company has previously been rumored to be working on a successor to the OmniBalance aesthetic called "Mirai" but not many details about the new design language have yet found their way online. Industry insiders recently suggested that Mirai will stick with 16:9 screens but the latest leak shows a mix of phones with both widescreen and 18:9 displays. The device seen below looks wide enough for a 16:9 offering but with its bottom not being visible, no firm conclusions on the matter can be reached.

Sony is expected to officially announce the new Mirai look and its first bezel-free products at the upcoming iteration of Mobile World Congress starting in late February in Barcelona, Spain. All of the company's upcoming handsets will almost certainly run Android 8.0 Oreo out of the box, with the firm already embracing Google's new OS with a number of smartphones launched this fall. 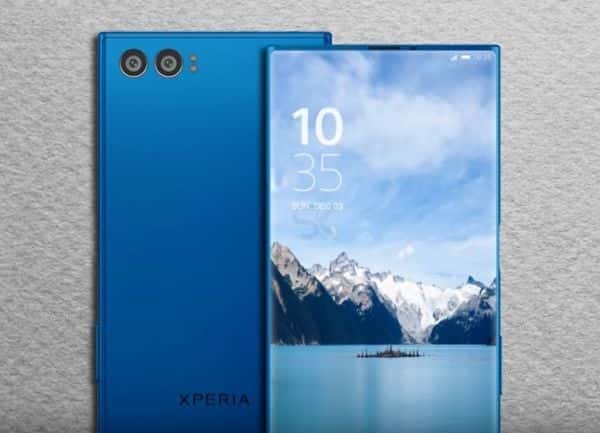