A Sony Mobile-made Android device bearing the model number H8266 appeared in the database of benchmarking service Geekbench on Thursday, having been listed with specifications indicative of a flagship offering. The handset appears to be equipped with the Snapdragon 845, Qualcomm’s latest and greatest system-on-chip announced earlier this month whose very existence all but guarantees that the Japanese phone maker is positioning the H8266 as a premium product. The same handset was also identified as featuring 4GB of RAM, in addition to being tested running Android 8.0 Oreo. Given Sony’s recent practices, the variant of Google’s mobile operating system running on the H8266 is likely a lightly reskinned one.

The H8266 also appears to be related to the H8216, another one of Sony’s upcoming devices that’s been rumored about in recent weeks, with that particular model being said to boast the same specs but supposedly shipping with Android 8.1 Oreo. With Sony being back on top of the software updating game and becoming the first OEM to commercialize Android Oreo with the Xperia XZ1 and Xperia XZ1 Compact over the summer, it’s possible that the firm will once again provide consumers with the first non-Google device(s) running the latest stable version of the ubiquitous OS out of the box. No additional details have been provided by the H8266’s listing, though the handset is likely to sport 64GB of internal storage space, i.e. offer the same memory configuration sources previously attached to the H8216.

The “H” in its model number indicates that the phone is set to be released in 2018, with Sony’s device naming practices always associating individual letters with specific years in an alphabetical order, which is why all of its 2017 products had model numbers starting with a “G.” In light of the company’s recently employed product practices, the H8266 is most likely to debut at the upcoming iteration of Mobile World Congress scheduled to start in late February. Regardless, with Samsung reportedly reserving the initial supply of the Snapdragon 845 for its Galaxy S9 series, Sony’s high-end offerings aren’t likely to hit the market before May and should hence follow a similar availability roadmap as this year’s Xperia XZ Premium. The company’s next Android flagships are all said to adopt a bezel-free aesthetic called “Mirai” that will replace the OmniBalance design but may not (entirely) ditch 16:9 display panels in favor of taller, 18:9 ones. 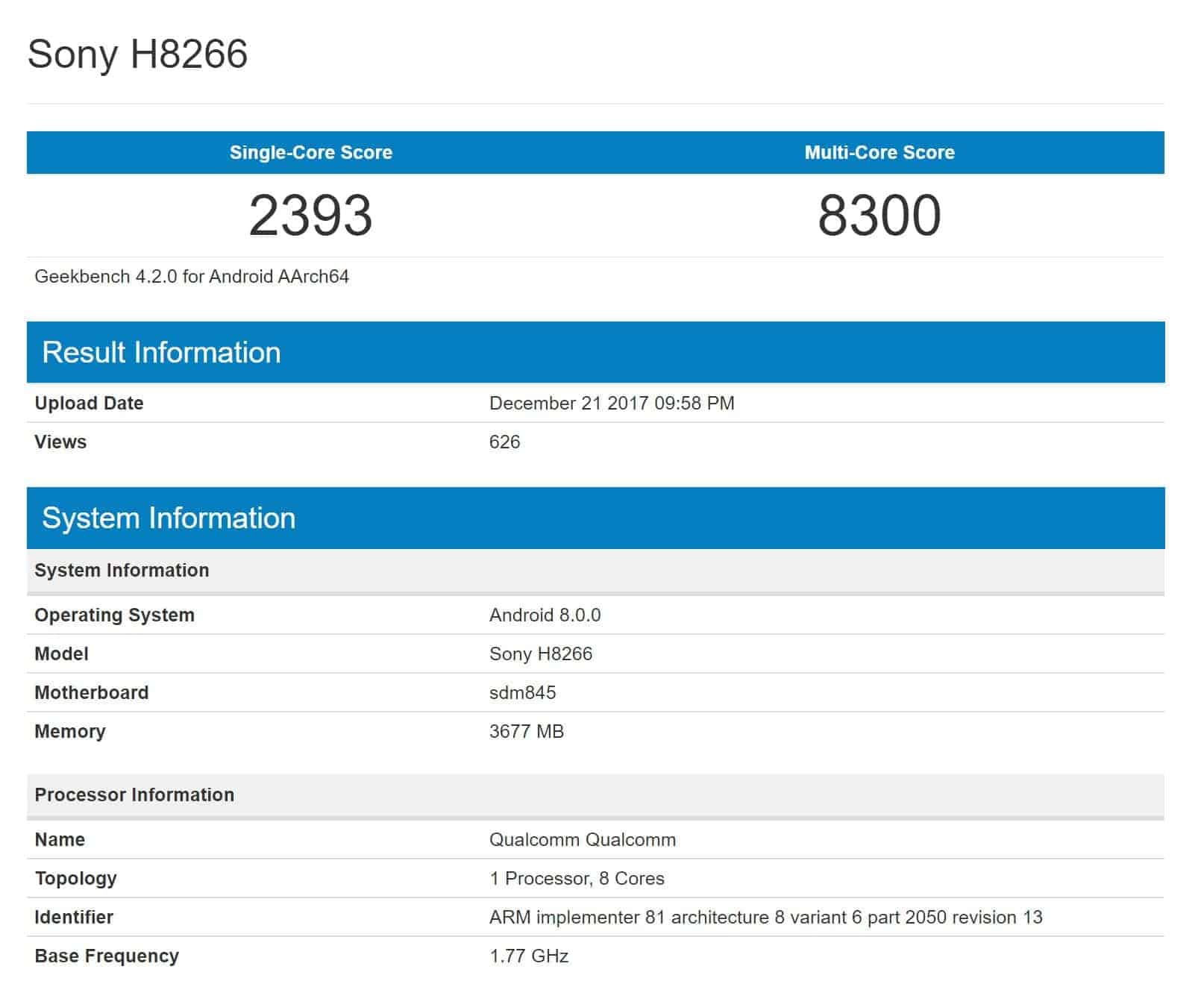