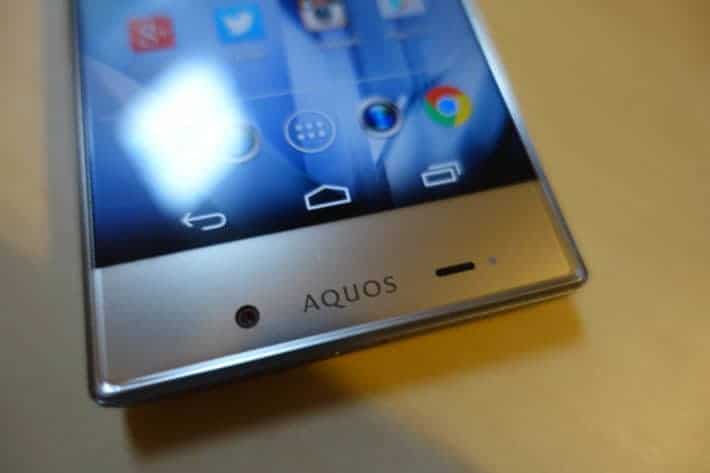 A Sharp-made Android device bearing the model number FS8018 appeared on mobile benchmarking site Geekbench earlier this week, having been identified as featuring specs that put it in the upper mid-range segment of the smartphone market. The Sharp FS8018 was tested while running Android 7.1.1 Nougat out of the box, likely enhanced with the company's proprietary mobile software suite. The presence of this particular OS version suggests the smartphone may be released shortly as the majority of 2018 devices are expected to ship with Android 8.0 Oreo. Alternatively, the tested handset may have just been a prototype with placeholder software and is already planned to run Oreo out of the box.

The Sharp FS8018 is powered by the Snapdragon 630, Qualcomm's mid-range SoC which already fueled a wide variety of popular Android mid-rangers like the Moto X4 and Nokia 7, with its main selling point being energy efficiency. The octa-core chip present inside the newly spotted device has a maximum operating frequency of 2.21GHz, i.e. its high-performance quad-core cluster does. Apart from the 2017 silicon, the Sharp FS8018 was also identified as featuring 6GB of RAM. While no other information has been provided by Geekbench, the existing details are a clear indication that the Sharp FS8018 will be seeking to compete in the gap between Android flagships and true mid-rangers, thus possibly sporting a price tag of around $500.

The Sharp FS8018 is likely related to the FS8010 and FS8016, two other handsets from the Japanese original equipment manufacturer whose existence has been rumored since mid-2017. Much like those two models, the newly uncovered one is likely to feature a screen with a tall aspect ratio and minimal bezels, with Sharp already embracing this industry-wide design trend over the course of this year. As is usually the case with smartphones from the Osaka-based consumer electronics manufacturer, the FS8018 is likely to utilize one of Sharp's own display panels and have a limited commercial release. The tech giant's home country is presumably one of its target markets but purchasing the handset outside of Japan may prove to be a challenge, provided that the recently uncovered Geekbench listing is accurate and the FS8018 actually exists. 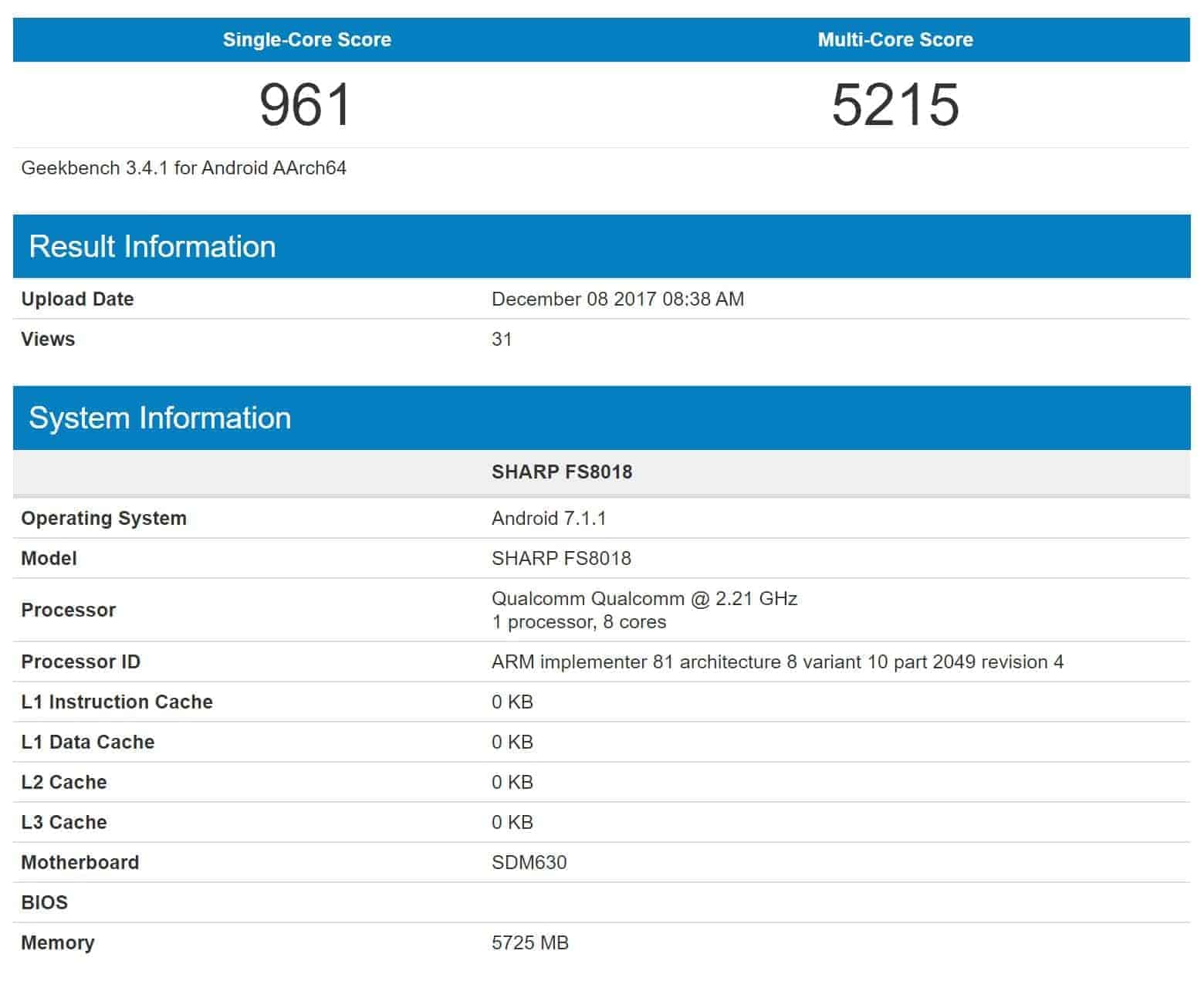