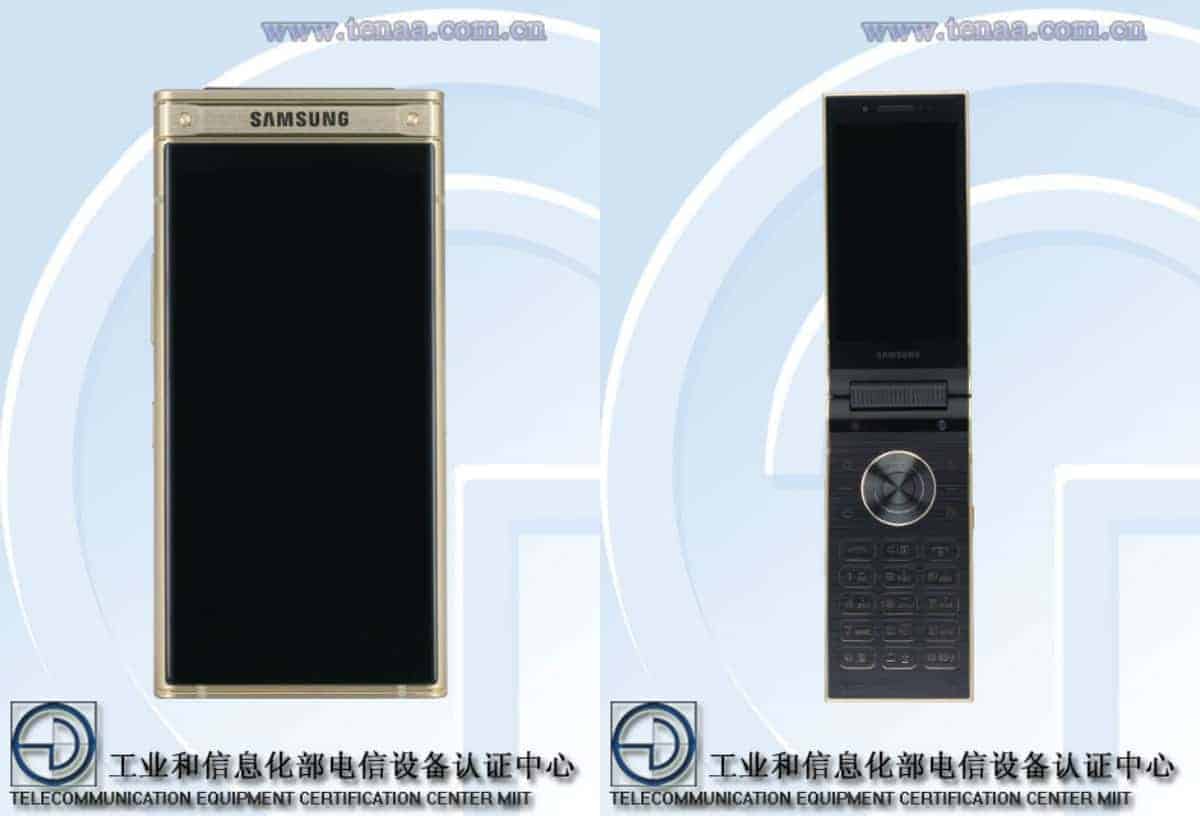 Samsung's upcoming flip phone, the W2018, has been certified by TENAA (China's equivalent to the FCC). This listing dates back to November 8, but it's only now making the rounds. Now, as per usual, TENAA has shared not only images of the upcoming handset, but also its specifications, so we pretty much know exactly what to expect. The Samsung W2018 has been leaking out for quite some time now, and it seems like the phone will be announced in the near future, and China might be the first country to get it, maybe even the only country to get it.

Now, if you take a look at the provided images, you'll notice that the Samsung W2018 comes with two displays, one that you can use while the phone is closed, and the other one that is usable once you open the device in order to gain access to its keypad. Having said that, the W2018 comes with two 4.2-inch AMOLED displays, and both of them sport a fullHD (1920 x 1080) resolution it seems. As you can see, the Samsung W2018 is made out of metal, while it sports a rear-facing fingerprint scanner, and it comes with a single main camera on the back. The power / lock and volume rocker buttons are located on the right-hand side of this phone, while you will notice the Bixby button, and a SIM card tray on the left. Samsung's branding is present on both the front and back side of the device, and it seems like the Samsung W2018 will be quite a powerful smartphone.

Aside from the display info we've already mentioned, the Samsung W2018 will ship with a 2,300mAh battery, and it will be fueled by a 64-bit octa-core SoC which is clocked at 2.35GHz, we're probably looking at the Snapdragon 835 here, Qualcomm's most powerful mobile processor. The device will also pack in 6GB of RAM and 64GB / 256GB of expandable storage. A 12-megapixel snapper will be placed on the back of the Samsung W2018, while you will be able to find a 5-megapixel shooter on the phone's front side. Android 7.1.1 Nougat will come pre-installed on the device, it seems, while the company's custom UI will be included on top of it. The Samsung W2018 will come in Silver and Gold color variants, while the phone will measure 132.2 x 63.2 x 15.95mm, and it will weight 247 grams.