Samsung is working on dual-SIM variants of the Galaxy S9 and Galaxy S9 Plus, as suggested by some newly uncovered device listings found in the database of the Chine Ministry of Industry and Information Technology. Both the SM-G9600 and SM-G9650 were listed as having dual-SIM editions by the agency, though it’s currently unclear whether single-SIM models are even meant to be sold in the Far Eastern country. Taiwanese consumers will be able to purchase the dual-SIM version of the Galaxy S9 (SM-G9608/DS), as implied by a separate FCC listing.

Samsung traditionally releases dual-SIM variants of both of its Android flagships but usually limits their commercial availability to select Asian and European countries where using two SIM cards in a single device is a popular practice. The Galaxy S9 lineup is unlikely to be an exception to that rule and the dual-SIM models are expected to feature price tags identical to their single-SIM counterparts. According to the same source, the Galaxy S9 and Galaxy S9 Plus are also set to support dual-VoLTE, thus allowing users to have HD calls over both SIM cards in their handsets. Whereas the devices set to be sold in China are expected to feature the Snapdragon 845 which Qualcomm already confirmed boasts dual-VoLTE capabilities, it remains to be seen whether the models with Samsung’s own Exynos 9810 end up with support for the same functionality.

The Galaxy S9 and Galaxy S9 Plus will provide incremental upgrades over their direct predecessors, according to numerous reports which surfaced online over the course of this year. The Infinity Display-centered bezel-free design is said to still be a defining feature of Samsung’s upcoming flagships, with the smaller Galaxy S9 being expected to retain a base of 4GB of RAM and 64GB of internal flash memory. The Galaxy S9 Plus should instead sport 6GB of RAM and possibly up to 512GB of storage space, should Samsung decide to commercialize its latest high-end memory chips. The two devices are alleged to have higher screen-to-body ratios and run Android 8.0 Oreo-based Samsung Experience out of the box. Samsung is expected to officially launch the Galaxy S9 lineup in late winter, around the time MWC 2018 takes place. 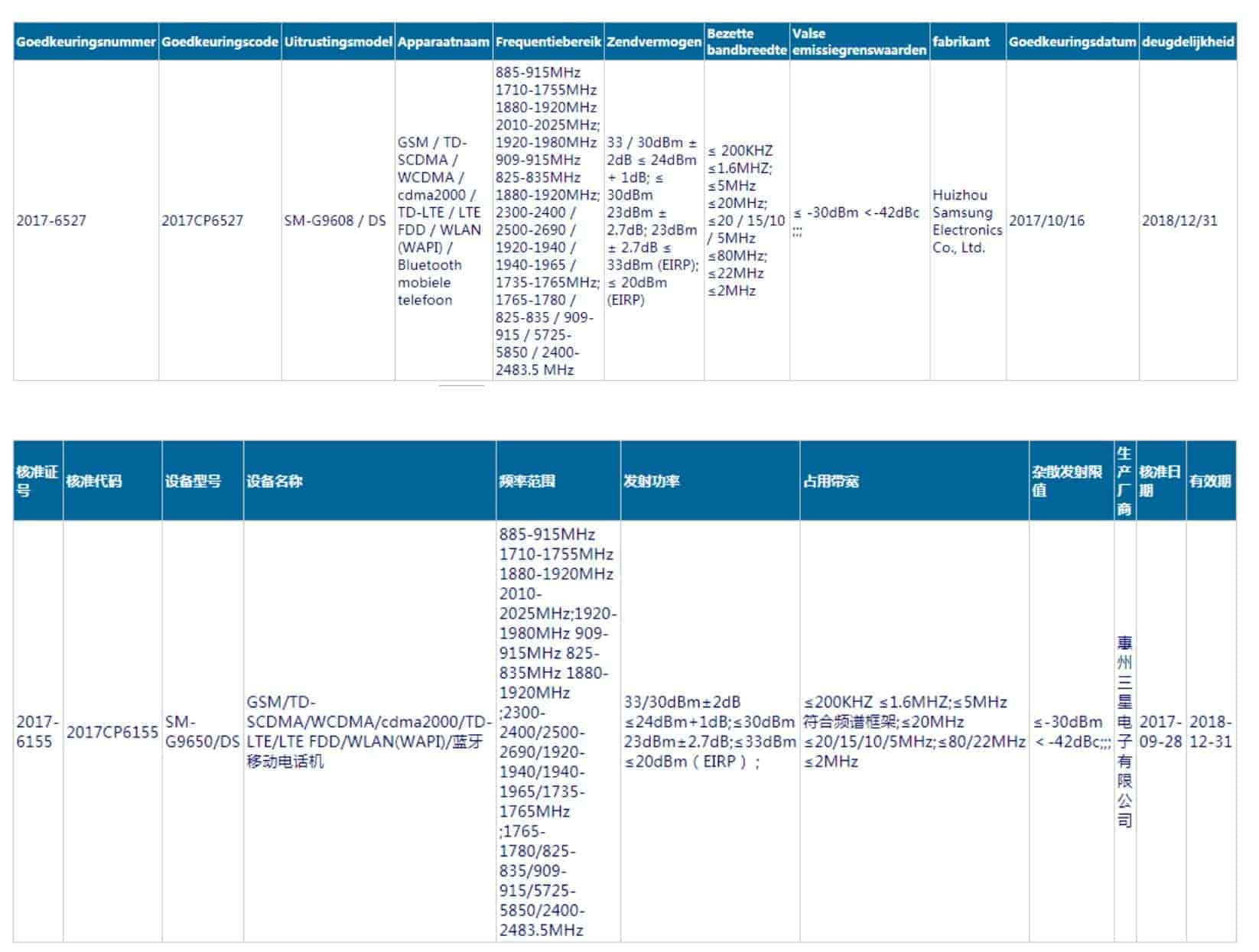