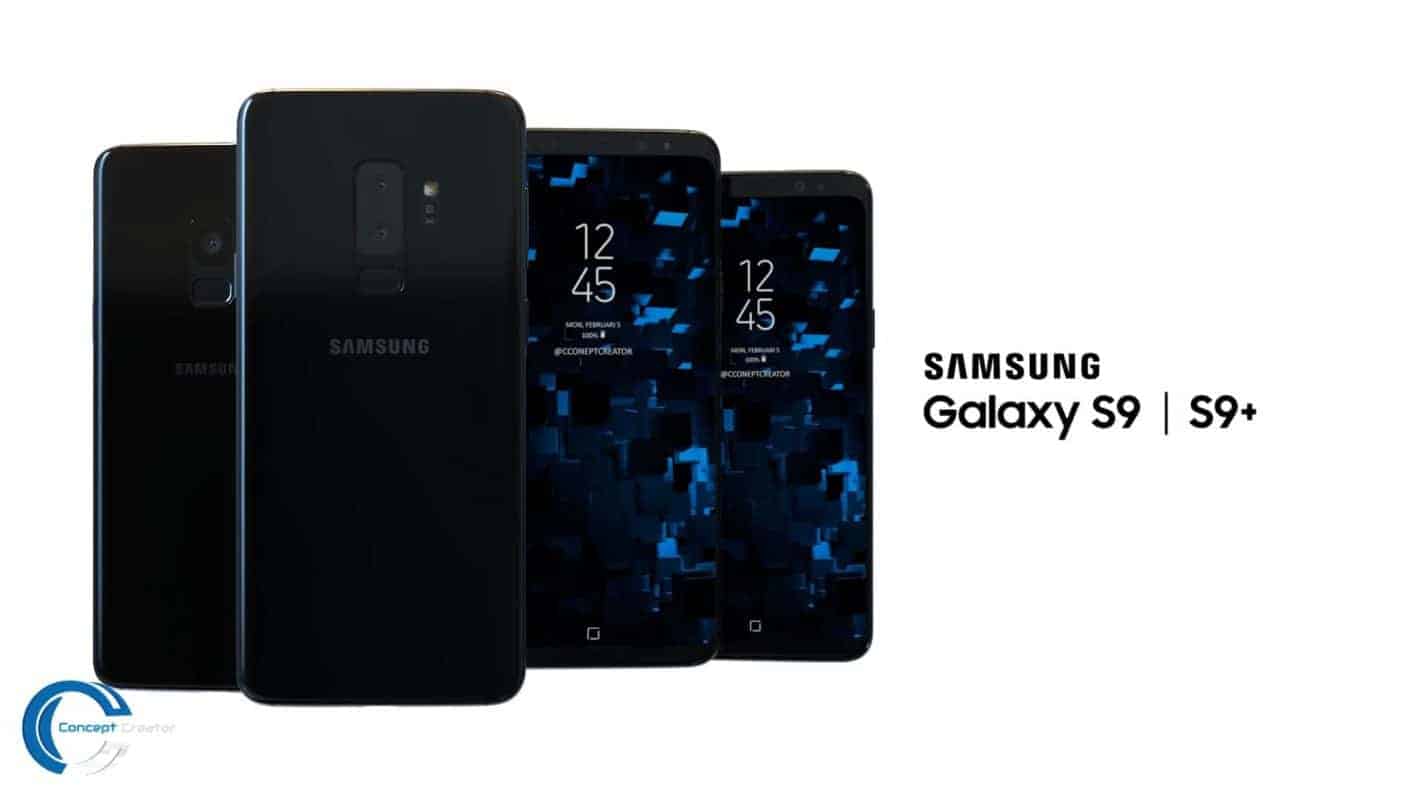 The Samsung Galaxy S9 and S9 Plus flagships are expected to arrive in the first half of next year, and while we're waiting for that to happen, concept designs for those two phones have surfaced on YouTube. These new concept designs come from the Concept Creator, a YouTube channel which had released quite a few smartphone concepts this year. Speaking of which, it seems like these designs are inspired by recent leaks, at least to a certain degree, so read on if you're interested.

As leaks are suggesting, the Galaxy S9 sports a single camera on the back, while the Galaxy S9 Plus comes with a dual camera setup, though both of these concept devices sport a rear-facing fingerprint scanner, which is included in a far more convenient spot this time around. The concept Galaxy S9 and Galaxy S9 Plus smartphones share the same design, you will notice a power / lock key on the right-hand side of each of these two phones, while volume up, volume down and Bixby keys lie on the left. The two devices are made out of metal, they come with a curved back side, and actually resemble the Galaxy S8 and S8 Plus quite a bit. Both phones sport a curved display, and both of them ship with Samsung's logo on the back. In the provided video down below, the designer showed off several different variants of the Galaxy S9 and S9 Plus concept phones, including black, blue, red and purple options. A 3.5mm headphone jack is included at the very bottom of these two smartphones, as is a Type-C port, while displays on both of these smartphones sport rounded corners. It is also worth noting that the pressure sensitive on-screen button that was included on the Galaxy S8 and S8 Plus, makes a comeback here as well.

That is more or less it as far as these two concept smartphones are concerned, they look more or less identical to leaked renders, and resemble their predecessors. In fact, chances are that the real Galaxy S9 and S9 Plus will resemble these concept designs, though we'll have to wait for Samsung to introduce them in order to be sure. If you'd like to take a look at the concept design video for yourself, it has been embedded down below for your convenience.