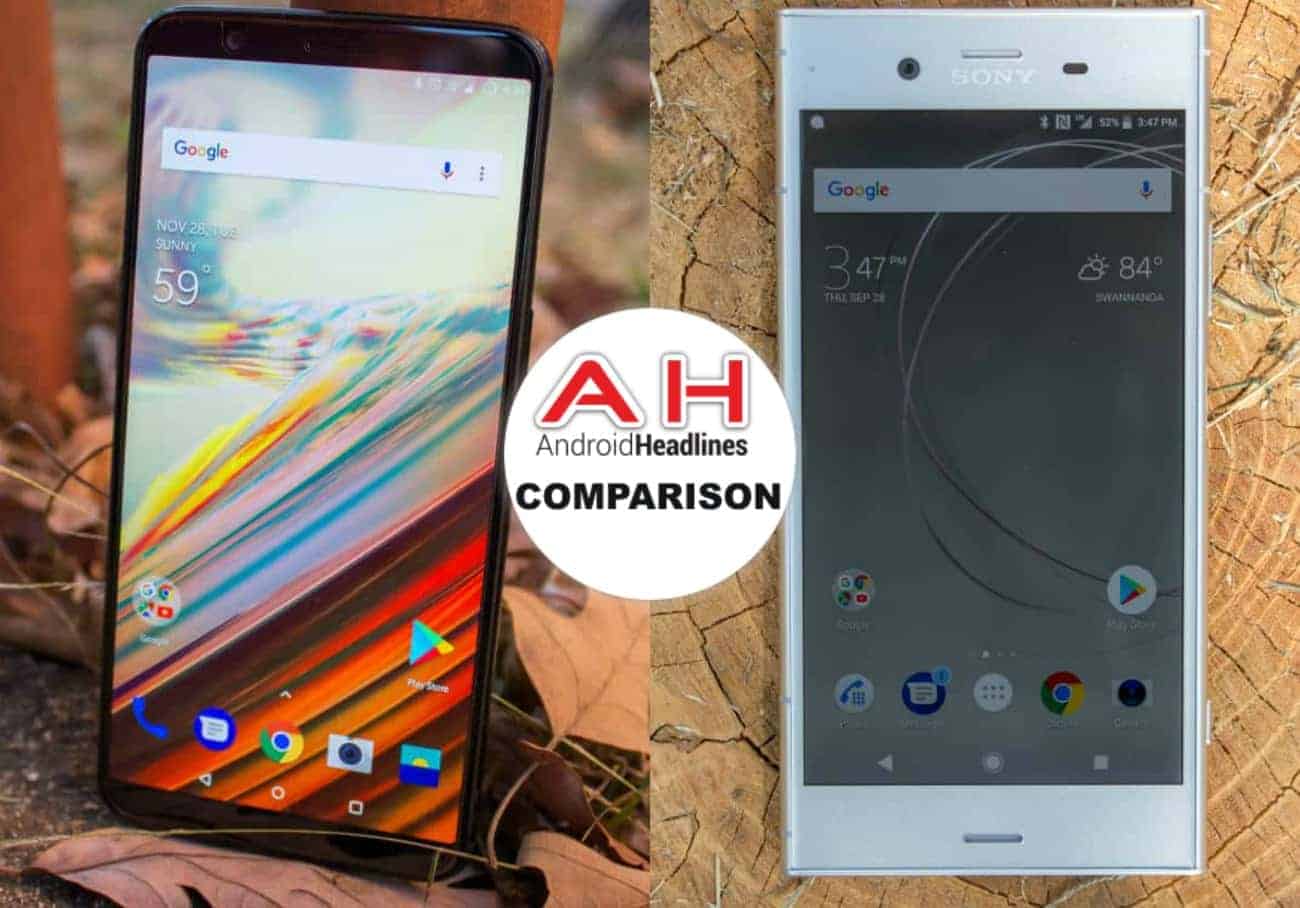 Do we have a good one for you today – the new OnePlus 5T takes on the Sony Xperia XZ1 in a showdown between two devices that are no top sellers, but have a very loyal following for their respective brands. The two devices could not be more different in looks – the OnePlus 5T has the modern look of a near bezel-less display with an 18:9 ratio, while the Sony Xperia XZ1 follows the same look of a dated Sony device with large bezels and a 16:9 display ratio. The Xperia XZ1 is one of the few non-Google devices released with Android 8.0 Oreo, while the OnePlus 5T uses a light UI over Android 7.1.1. The OnePlus 5T rolls in at $500 while the Xperia XZ1 will set you back $700. Which one of these devices has what it takes to win this comparison? These questions and more are what we hope to answer with this comparison. Before we look at each individual device, let’s take a look at what they have in common.

The OnePlus 5T and the Xperia XZ1 do have a few things in common, but when it comes to the display, about all we can find is that they are both protected with Gorilla Glass 5. Now when it comes to processing power, both use the Snapdragon 835 and an Adreno 540 GPU. Both have a base of 64GB of internal memory – if you want more in the OP5T you must purchase a 128GB model and if you want more in the Xperia XZ1, you can use an expansion card. Both have a great camera area with dual cameras on the OP5T and a single lens on the Xperia XZ1. Both use a non-removable battery and both offer a rapid charge option. The physical size of the devices are close to each other with the slightly taller OP5T weighing in at only 7 grams heavier. Both offer Bluetooth v5.0, WiFi, a USB Type-C port, and a fingerprint sensor – although the Xperia XZ1’s  is disabled in the US version. Both have Hi-Res sound and a 3.5mm headphone jack. 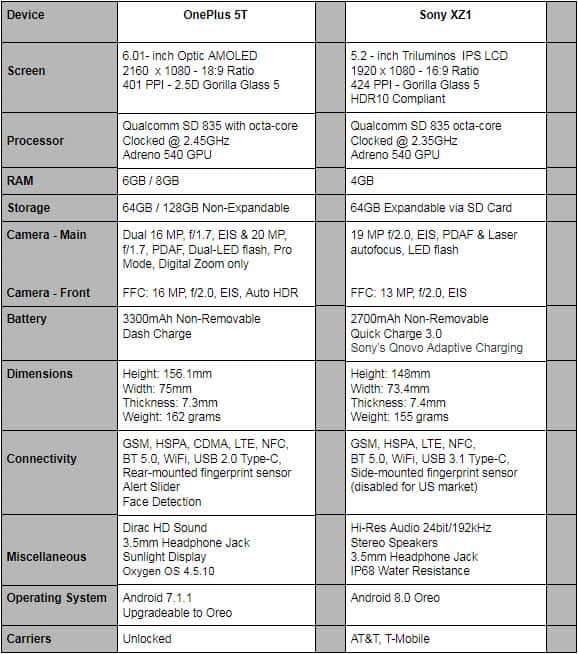 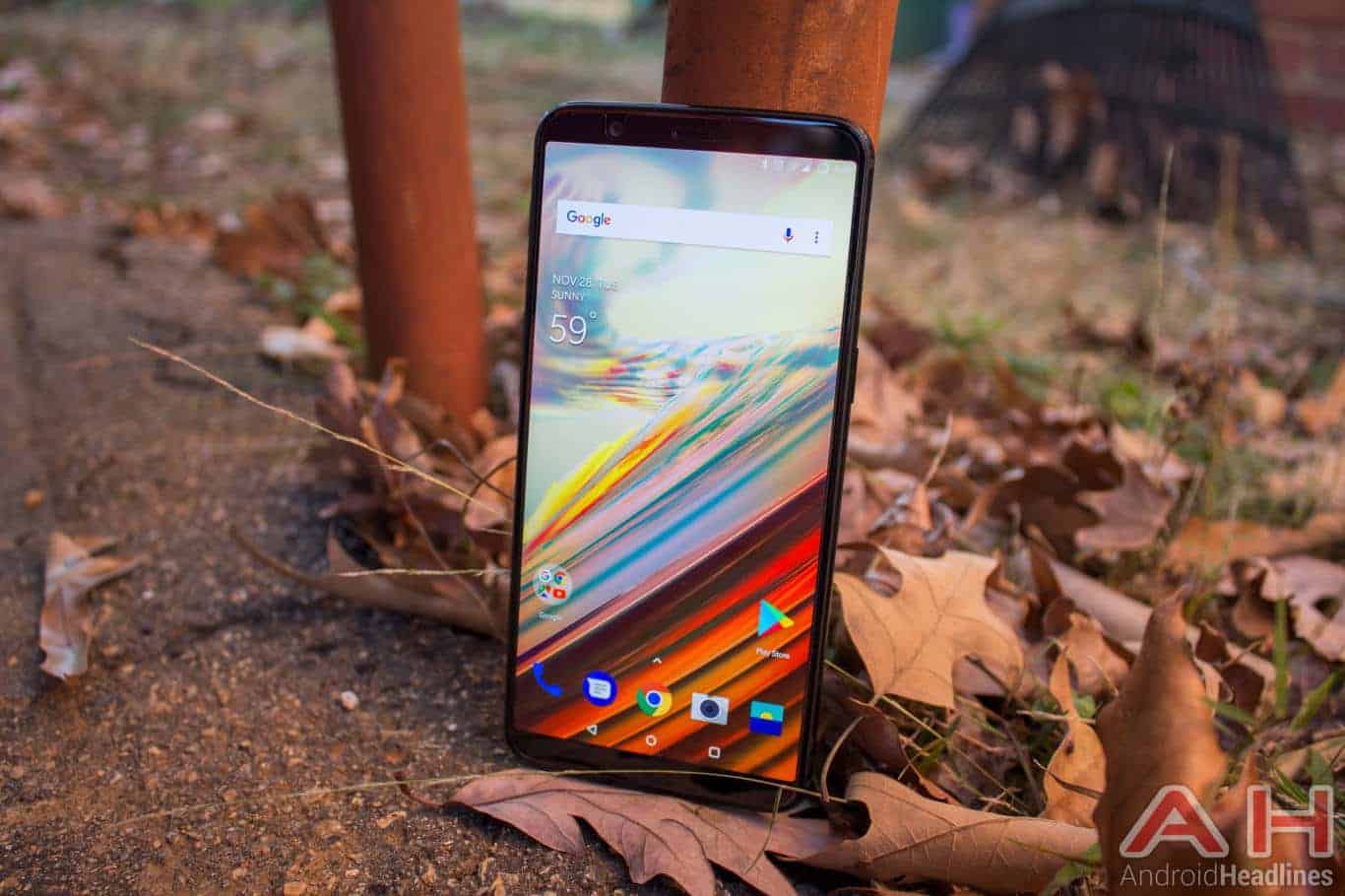 There is a strong fraction of OnePlus users that are used to OnePlus reinventing their new phone twice a year by tacking on a ‘T’ at the end. The OnePlus 5T uses a Full HD+ resolution, so it has the same pixel density of the OP5, even with a larger display. It has a great new look with its near bezel-less display and its new 18:9 aspect ratio. It still uses the anodized aluminum body that offers a good grip and no fingerprints. They moved the fingerprint sensor to the back, allowing OnePlus to use very small bezels, giving it a more modern look. It still provides great value with the 6GB/64GB model coming in at $500 and the 8GB/128GB model peaking at $560.

OnePlus has still not taken the plunge into a QHD display on the OnePlus 5T, so they stuck with their FHD+ resolution, but gave it a larger 6.01-inch AMOLED display. OP increased the size and changed the aspect ratio to 18:9, but it still maintains about 401 pixels-per-inch (PPI). The OP5T still does not use a secondary display for notifications, but they did incorporate their new Sunlight Display that makes the OP5T much easier to view in the bright sun. The new design makes the OP5T look modern from the front, although it still looks iPhone-like from the back.

The OnePlus 5T uses the same processor as the Xperia XZ1 – the newest Qualcomm Snapdragon 835 with one quad-core cluster clocked at 1.9GHz and another quad-core clocked at 2.45GHz (2.35GHz on the Xperia XZ1). This is paired with the Adreno 540 GPU to handle the most intensive graphics, be it movies or gaming. The OP5T comes in two configurations – one with 6GB of RAM and 64GB of non-expandable memory and another with 8GB of RAM and 128GB of built-in storage. Powering the OnePlus 5T is a 3,300mAh battery that can charge very quickly with OnePlus’ proprietary Dash Charge.

OnePlus jump into the dual camera set up on the OP5T that includes a 16-megapixel primary camera and a 20-megapixel secondary camera – but rather than keeping the telephoto option on the secondary lens like the OP5, OnePlus dropped that option to use it for a bokeh effect. Both cameras include a large f/1.7 aperture, PDAF, EIS, and a dual-LED flash. OnePlus did away with the optical zoom and gave it an inferior digital zoom. The secondary camera would be more useful if it were a wide-angle or a monochrome variety. OnePlus tweaked the software on the camera app, but this time for the better, giving it a Pro Mode and cleaning up the menus. A large 16-megapixel FFC has an f/2.0 aperture, EIS, and auto-HDR for selfies or video chatting.

Now that the OnePlus 5T has connectivity support for 34 different frequency bands – it should now work on your carrier. The OP5T uses the latest Bluetooth v5.0 and comes packing a lot of RAM, but still no expandable memory. The new rear-mounted fingerprint scanner allowed OnePlus to use very small bezels on the top and bottom of the device. The OP5T offers support for NFC, Android Pay, includes a USB Type-C port for charging and data transfer, and sports a 3.5mm headphone jack. OnePlus should have included Android 8.0 on the device at this late date, but it comes with Android 7.1.1 Nougat out of the box with a light OxygenOS overlay – that gives you a near pure vanilla experience. OP is promising a path to an Android 8.0 Oreo in the near future. The device measures 156.1 x 75 x 7.3mm and weighs in at 162 grams, and comes in Midnight Black, starting at $500. 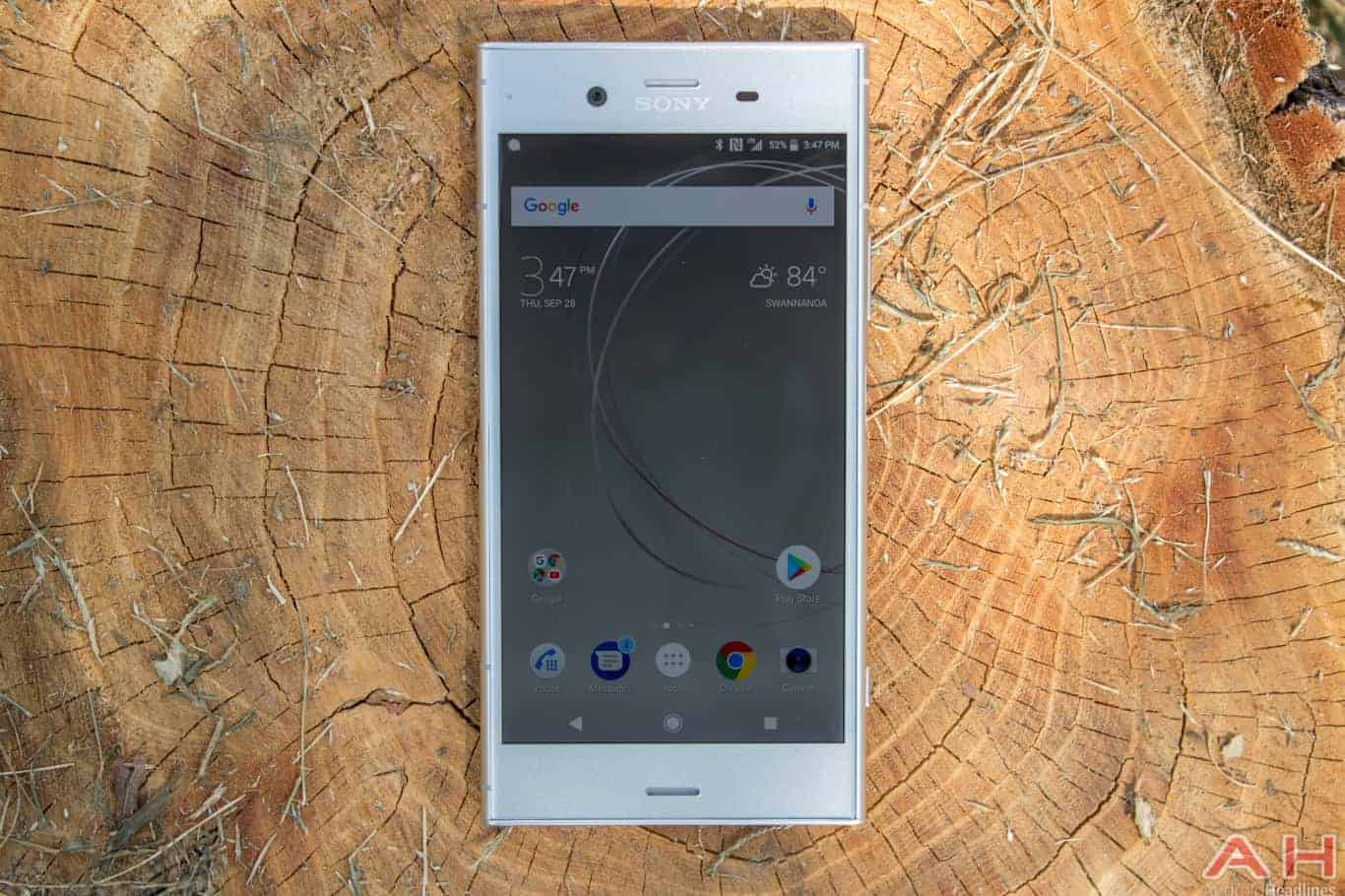 The Sony Xperia XZ1 still looks like a typical Sony-designed smartphone with a rectangle look and large bezels, while most smartphone manufacturers are doing away with bezels and going with larger, edge-to-edge, QHD displays. The Xperia XZ1 is not a bad-looking phone – you’re just not getting the latest look. Inside, the Xperia XZ1 does have the latest processor/GPU, a small battery with great battery life, stereo speakers, and a solid camera. It is also the first non-Google smartphone to run Android 8.0 Oreo out of the box, but for whatever reason, they disable the fingerprint sensor on the US model. The U.S. model only works on AT&T and T-Mobile. Let’s see just how it compares to the new OnePlus 5T.

The Xperia XZ1 sports Sony’s 5.2-inch Triluminos IPS LCD display with the normal 16:9 aspect ratio. It is a Full HD display with a pixel resolution of 1,920 x 1,080 and a pixel density of 424 PPI. Sony uses Corning Gorilla Glass 5 for protecting the display, but metal for the back of the device. While it has a metal frame, there is some plastic at the top and bottom to help improve reception. In an effort to make the device more solid looking, Sony moved the antenna from the back to the sides and eliminated that choppy look. The Xperia XZ1 uses the Qualcomm Snapdragon 835 octa-core processor with a quad core clocked at 1.9GHz, another clocked at 2.35GHz, and an Adreno 540 GPU. It sports 4GB of DDR4 RAM and 64GB of expandable memory.

Sony produces some of the best camera lenses available and many different smartphone manufacturers use them on their own devices. This expertise carries over to the Xperia XZ1, although the dual cameras on the OP5T give it some good competition. The Xperia XZ1’s primary camera is a 19-megapixel with an f/2.0 aperture, PDAF and laser autofocus, dual-LED flash, and EIS support. The FFC uses a large 13-megapixel sensor with an f/2.0 aperture and a wide-angle lens with EIS. A 2,700mAh non-removable battery powers the device – rather small, but it is running on a very efficient OS and an efficient processor, in addition to having a small FHD display. You should have no trouble getting through an entire day on a single charge.

Even though the Xperia XZ1 does look dated, they did make some updates to the body on the corners by rounding the edges to make it significantly more comfortable to hold. Rather than keeping the ‘piece-meal’ back with the antenna running through it, Sony moved the antenna to the sides of the XZ1 and this makes for a much better-looking device. The Xperia XZ1 comes with IP68 certification for water and dust resistance, stereo speakers, Bluetooth v5.0, and NFC allowing you to use Android Pay – but not using the fingerprint sensor as Sony has disabled the US version. It is available in Black, Warm Silver, Venus Pink, and Moonlit Blue, depending on the market. It ships with Android 8.0 Oreo, measures 148 x 73.4 x 7.4mm in size, and weighs in at 155 grams, with prices starting at approximately $700. 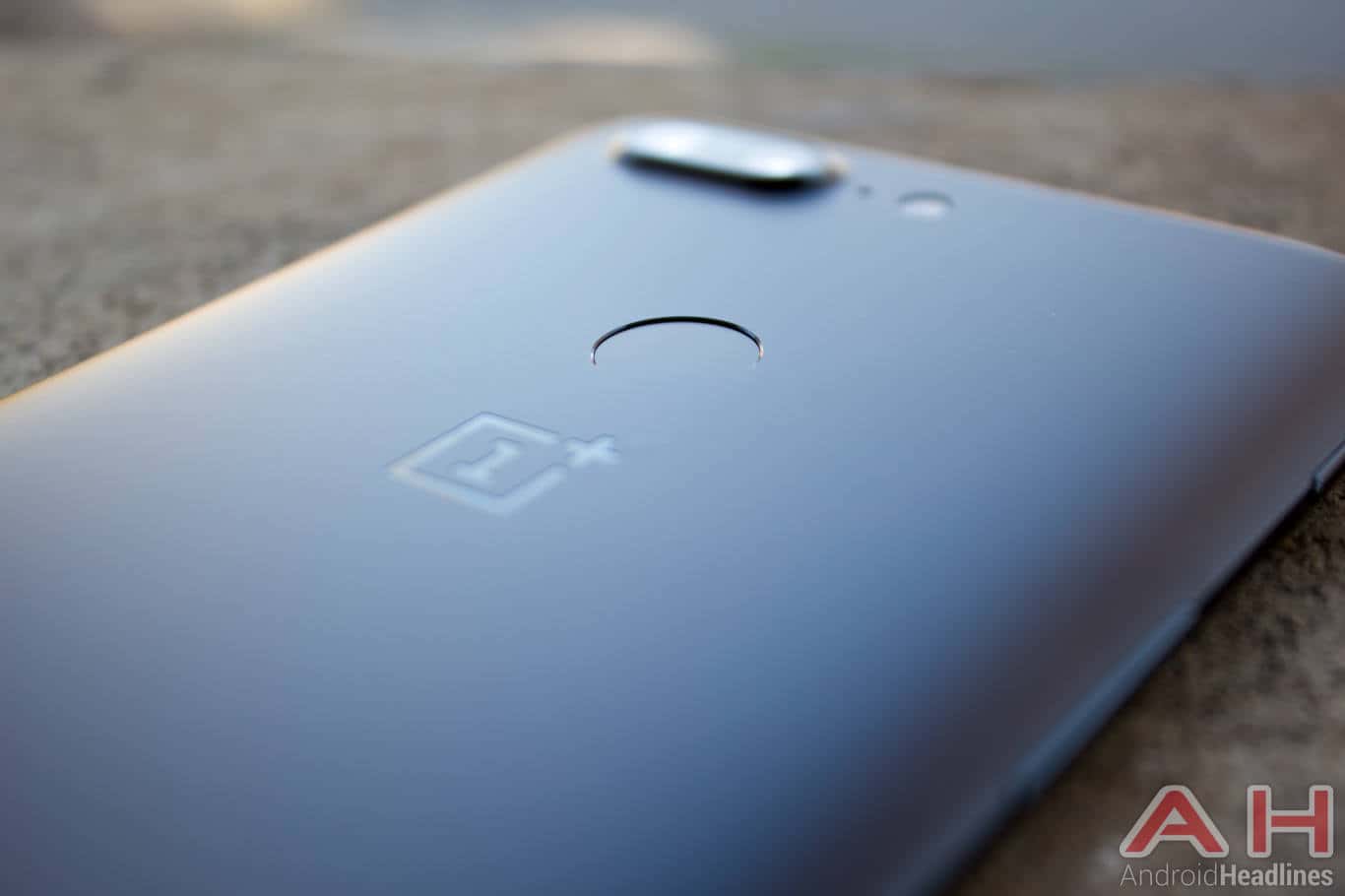 This was a relatively easy decision this time around – and the large $200 price difference made it easier – however, there is more to it than pricing that makes the OnePlus 5T the winner of this comparison. Both devices have the same heart and soul inside by using the same SD835/Adreno 540 combo, and 64GB of base internal memory. OP gave the OP5T a beautiful and updated design with a larger display that incorporates the Sunlight Display, Dirac HD Sound, dual cameras and a large 16-megapixel FFC, and more RAM, which insures that the phone runs fast and smooth, with that extra memory for multitasking.

The Sony Xperia XZ1 is a solid device, but the $700 price tag seems high for what you are getting in return. The display is still only a Full HD resolution, it comes with the fingerprint sensor disabled for the US version, and it is limited to only AT&T or T-Mobile networks. Its biggest selling point is that it has expandable memory. Other than that, you get big bezels, small display, and a camera that is no better than the OnePlus 5T.

Buy The OnePlus 5T Buy The Sony Xperia XZ1
Advertisement
Trusted By Millions
Independent, Expert Android News You Can Trust, Since 2010
Publishing More Android Than Anyone Else
0
Today
253
This Week
254
This Month
4999
This Year
106474
All Time
Advertisement