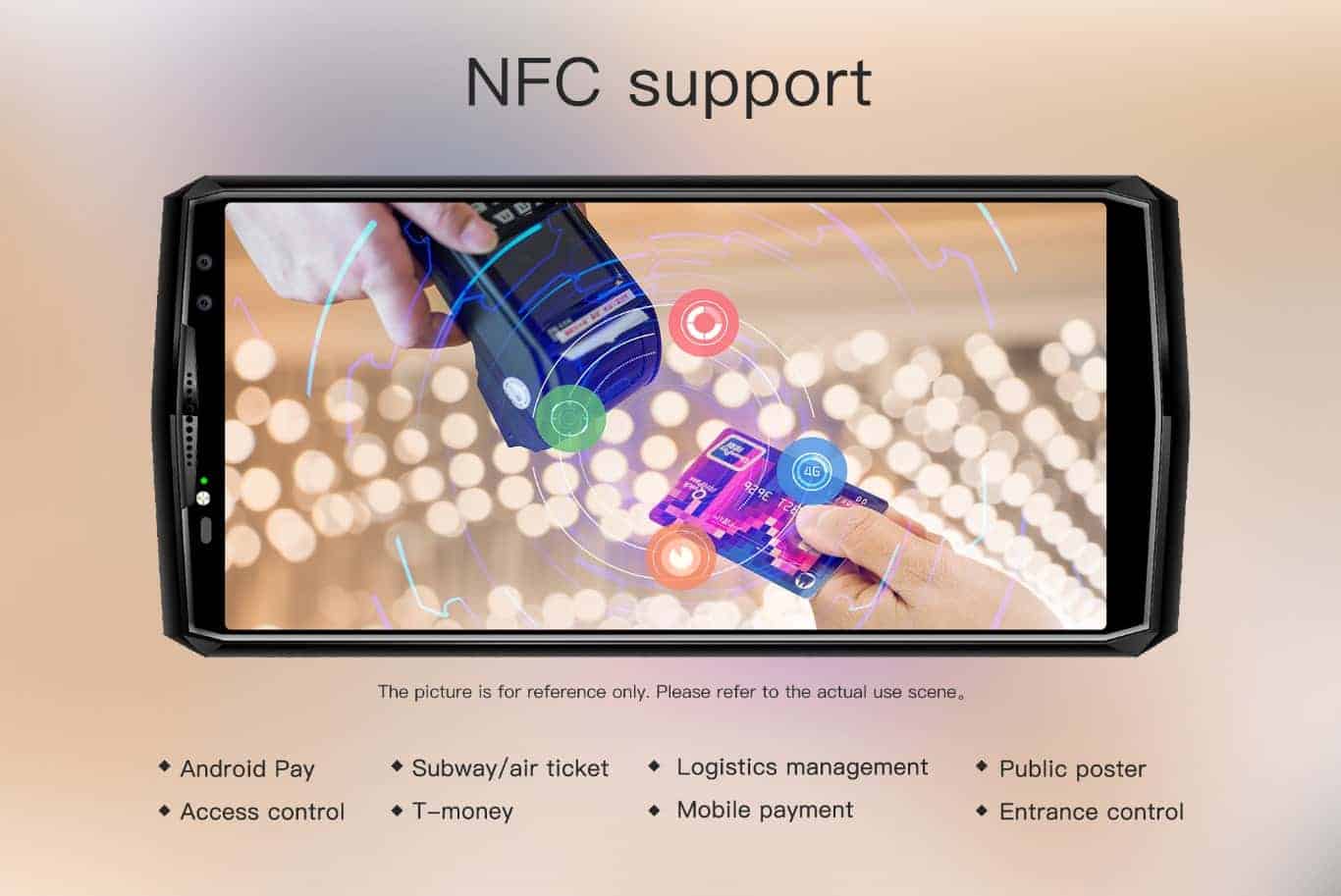 If you take a look at the provided video, you will learn how to set up a default payment method, which you’ll use with some help from the phone’s NFC chip. All you have to do is navigate to the ‘Settings’ app on the device, and hit ‘Tap & Pay’ within the settings menu. From there, you will see an option to select a default payment method, like Android Pay, for example, and once you get around to need to pay for something, you’ll be prompted to do so thanks to the NFC chip. The company has been teasing the arrival of the OUKITEL K10 for quite some time now, and OUKITEL already revealed its design and some of its specifications. The OUKITEL K10 is yet another big battery smartphone, this phone comes with an 11,000mAh non-removable battery, and it looks quite robust. The phone sports a fingerprint scanner on its back, and speaking of which, most of its back side is covered by an Australian calf leather, which adds a touch of style to the phone, and makes it less slippery at the same time.

The OUKITEL K10 will also sport fast charging, while a Type-C USB port is placed at the bottom of this phone. The device is expected to sport a 6-inch fullHD+ (2160 x 1080) display, with a 2.5D curved glass on top of it, while the phone will also come with 6GB of RAM and 64GB of internal storage. If you’d like to learn more about the design of this smartphone, you can always check out OUKITEL’s recent promo video which talks specifically about the design of the device. That is more or less it, we still do not know when will the company officially announce this handset, but it’s expected to land soon, so stay tuned.