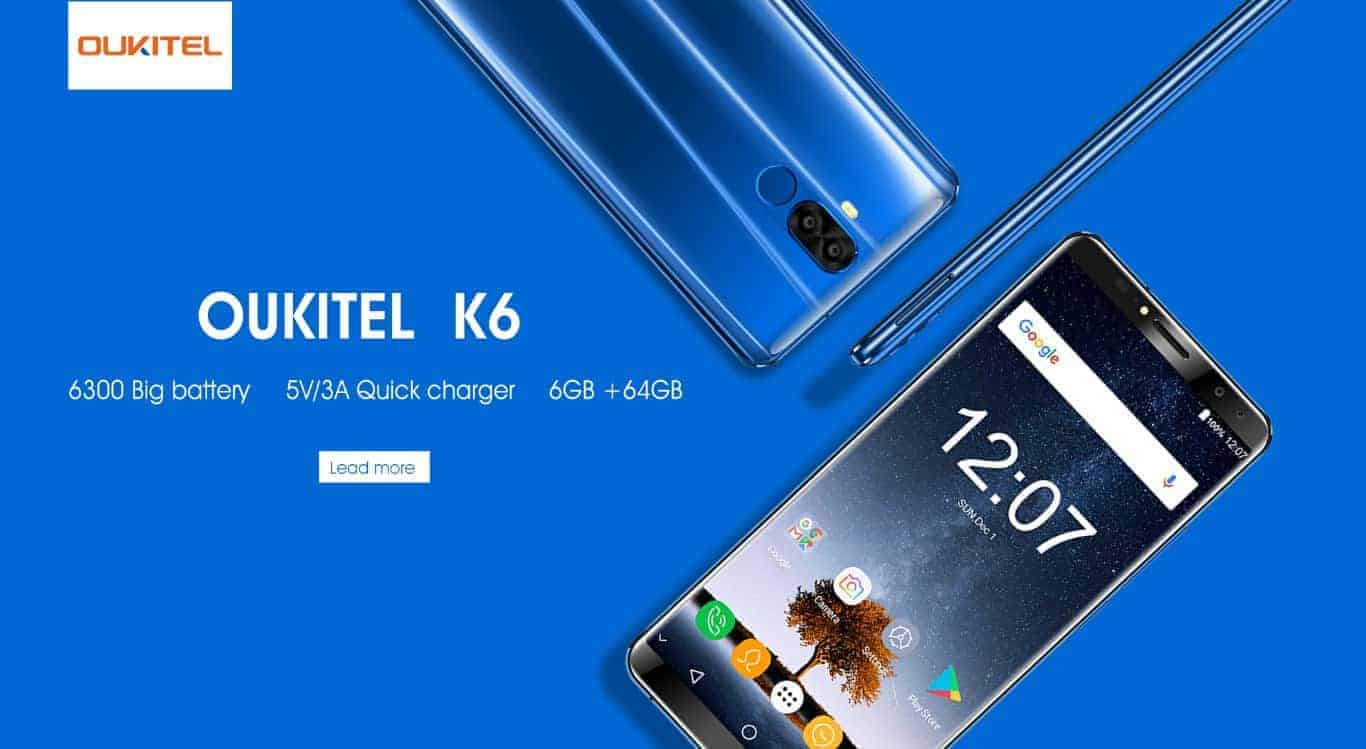 A couple of days ago, we wrote about the OUKITEL K6, the company's upcoming smartphone, and OUKITEL has just released a new promo video for this handset. We already knew that the OUKITEL K6 will come with a large battery, but we did not know that by 'large' OUKITEL meant a 6,300mAh battery pack. That is confirmed now, as is the fact that the phone will offer 5V/3A fast charging. Having said that, let's talk more about the video that OUKITEL just published.

The OUKITEL K6 is clearly a road warrior when it comes to battery life, and even though this may not be the fairest comparison out there, OUKITEL simply wanted to prove how powerful this phone is in terms of battery life. Now, in addition to the specs we've already mentioned, the OUKITEL K6 sports a 6-inch fullHD+ (2160 x 1080) display, and it will ship with Android 7.1 Nougat out of the box. This smartphone will be fueled by the MediaTek's Helio P23 64-bit octa-core SoC, while it will pack in 6GB of RAM. The device will go on sale later this month, stay tuned.