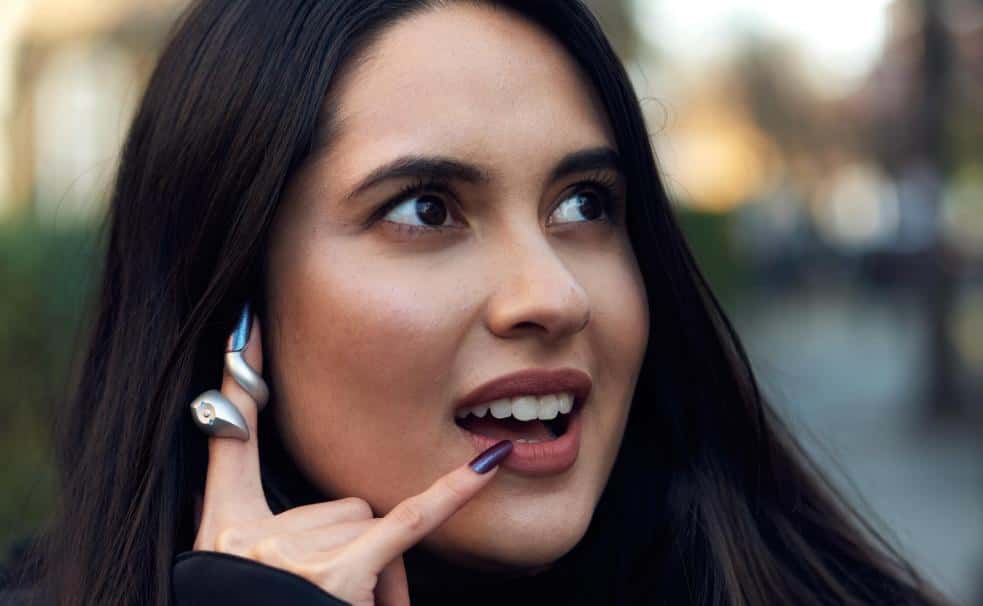 Major wireless carrier O2 UK joined forces with futurist Dr. Ian Pearson to envision the state of the connected human body and how technology will tie into biology in 2049, and the carrier has created a wearable that's meant to be the first step in that direction; a cell phone that users can wear as a fingernail. The fingernail phone is not going to be available for consumer purchase anytime soon, if at all, but interested parties can try it out by heading to the nail bar inside Harvey Nichols London over the course of the next week. The product is called the Mobile Nail.

The hardware itself is deceptively simple. It comes in the form of a false nail that links to a special ring. With both on the same finger, users can simply raise that finger to their ear to initiate or answer a call. The wearable can be placed on any finger, and the part that's disguised as a false fingernail comes in a wide variety of styles. O2 UK worked with inventor Sean Miles, famous for creating a glove phone, along with Nails Inc to create the gadget and craft enough styles for it to fit almost any user. Mobile Nails are unlikely to see consumer release, so the varieties present at the Nails Inc booth in Harvey Nichols London are probably the only ones that will ever be seen.

The collaboration that led to the creation of this product sprung from research for O2 UK's Future of Mobile Life report, an endeavor that collected trends and other data to see what consumers wanted, where technology was headed, and what the mobile world may look like in the near future. In 2049, according to a press release, O2 UK is expecting to see a number of technologies currently found in smartphones and wearable devices make their way into the human body, such as fitness tracking, artificial intelligence, and augmented reality. Additionally, the carrier stated that it sees virtual reality meetups becoming commonplace to the point of being mainstream, with newer technologies replacing today's already immersive but clunky and limiting VR systems. All of this will be predicated upon tiny sensors and tactile feedback devices that can be embedded just under the surface of the skin.