The Nokia 9 has appeared on the website of benchmarking software Geekbench earlier today. The handset rumored to be an HMD Global-made flagship and is identified by the codename "Avatar." The benchmark listing states that the device will contain 6GB of RAM, similar to what earlier reports have specified, and it further shows that the Nokia 9 will ship with Android 8.0 Oreo pre-installed. If the device maker’s recent products are any indication, HMD Global will likely include only a few software modifications to the interface of the Nokia 9. The listing further indicates that the handset will be powered by an octa-core chipset, which has recently been identified as the Snapdragon 835 SoC. The chipset is comprised of an octa-core Kryo 64-bit CPU with a maximum frequency of 2.45GHz and the Adreno 540 GPU.

Earlier reports claimed that the Nokia 9 will sport a 5.5-inch LCD display from LG Display, and a recent FCC listing of what's presumed to be the same device indicates it will have a screen with a widescreen aspect ratio of 16:9. This is in contrast to previous rumors and leaked renders which allege that the device will include a QHD+ display with an aspect ratio of 18:9 which has gained significant traction in the mobile industry over the course of the last 12 months. The FCC documents also indicated that there will be a variant of the device that will contain 128GB of internal flash storage. It is not yet clear if the smartphone's internal memory can be expanded using a microSD card, although at least 104GB of flash storage will be available to the user, according to the same source. HMD's previously released Android handsets suggest a microSD card slot will be part of the Nokia 9 package as well.

According to previous reports, the rear camera of the Nokia will be equipped with a 13-megapixel sensor and a 12-megapixel one, while the front-facing shooter will have a 5-megapixel sensor. However, another recently leaked render indicates that the Nokia 9 will actually have a dual-selfie camera. The render also shows that a fingerprint scanner will be located on the back of the smartphone. HMD Global will unveil the Nokia 9 on January 19 alongside the Nokia 8 (2018), industry sources said earlier this fall. 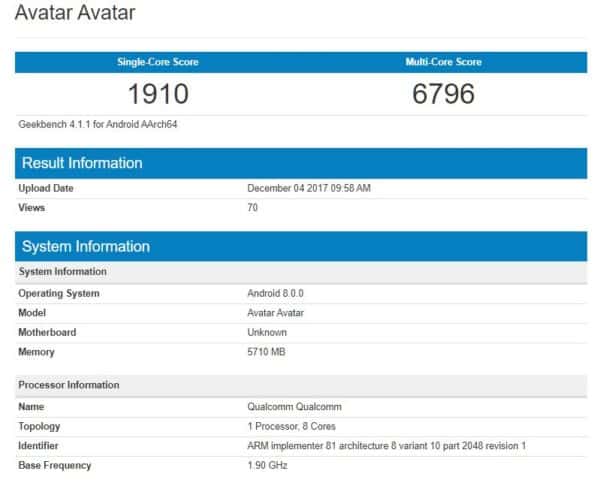