Nokia’s second generation Nokia 6 appears to have just passed through TENAA according to a new filing. The Finnish brand‘s comeback lineup this year was met with high praise, but it looks like the company has no signs of stopping, with it reportedly preparing the release of the Nokia 6 (2018). Now, according to a new TENAA certificate, it looks as though the release of the future model may just be around the corner, with the filing pointing towards a dual-SIM variant.

HMD Global announced the original Nokia 6 back in January of this year and acted as the Nokia brand’s official comeback device, though its smartphone line eventually expanded to include the current Nokia 2, Nokia 3, Nokia 5, Nokia 7, and Nokia 8. But with the Nokia 6 nearly one-year-old, it appears the company is preparing the release of the device’s successor which, just like the original, is expected to be announced next month. In an effort to impress consumers, though, HMD Global is set to adopt the new 18:9 display ratio trend with the device, by including a 5.5-inch panel with minimal bezels. However, because of this, the new Nokia 6 (2018) is expected to move the fingerprint to the rear, just below the camera setup. On the inside, the Qualcomm Snapdragon 430 included in this year’s device is rumored to have been updated to Qualcomm’s more powerful Snapdragon 630, while this is also said to be paired with 4GB of RAM. In addition to this, HMD Global is rumored to have included 32GB of internal storage, which is further expandable via microSD, alongside a new dual-camera setup expected to support the Bothie feature once again.

However, interestingly for consumers, the Nokia 6 (2018) may not be the only device launching in January. In fact, recent rumors point towards the Nokia 9 joining the brand’s lineup, while the Nokia 8 may also receive a refresh. In terms of the Nokia 9, rumors point towards a high-end Qualcomm chipset powering the device, alongside either 64GB or 128GB of internal storage, while in terms of design it’s expected to adopt a display with the 18:9 ratio. For now, HMD Global is yet to confirm a release date for either of the three new devices, but the latest rumors point towards Friday, January 19 being the official launch date. 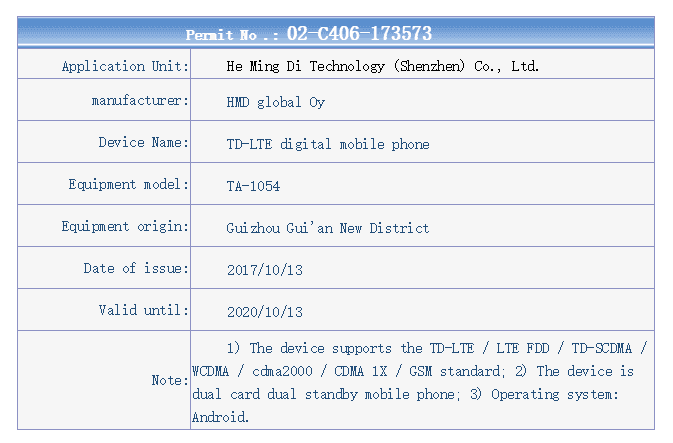