The Arlo Pro 2 is the camera you can place outside and not worry about where you put it, thanks to its (up to) 6-month battery.

NETGEAR’s Arlo lineup has done pretty well for the company, over the past few years. In fact, NETGEAR leads the industry in security cameras, in both wired and wire-free solutions. Now the company has come out with the successor to the very popular Arlo Pro, bringing the Arlo Pro 2. It takes an already great security camera and makes it even better, and also adds in some Alexa support. So is it worth the upgrade? Well let’s find out. 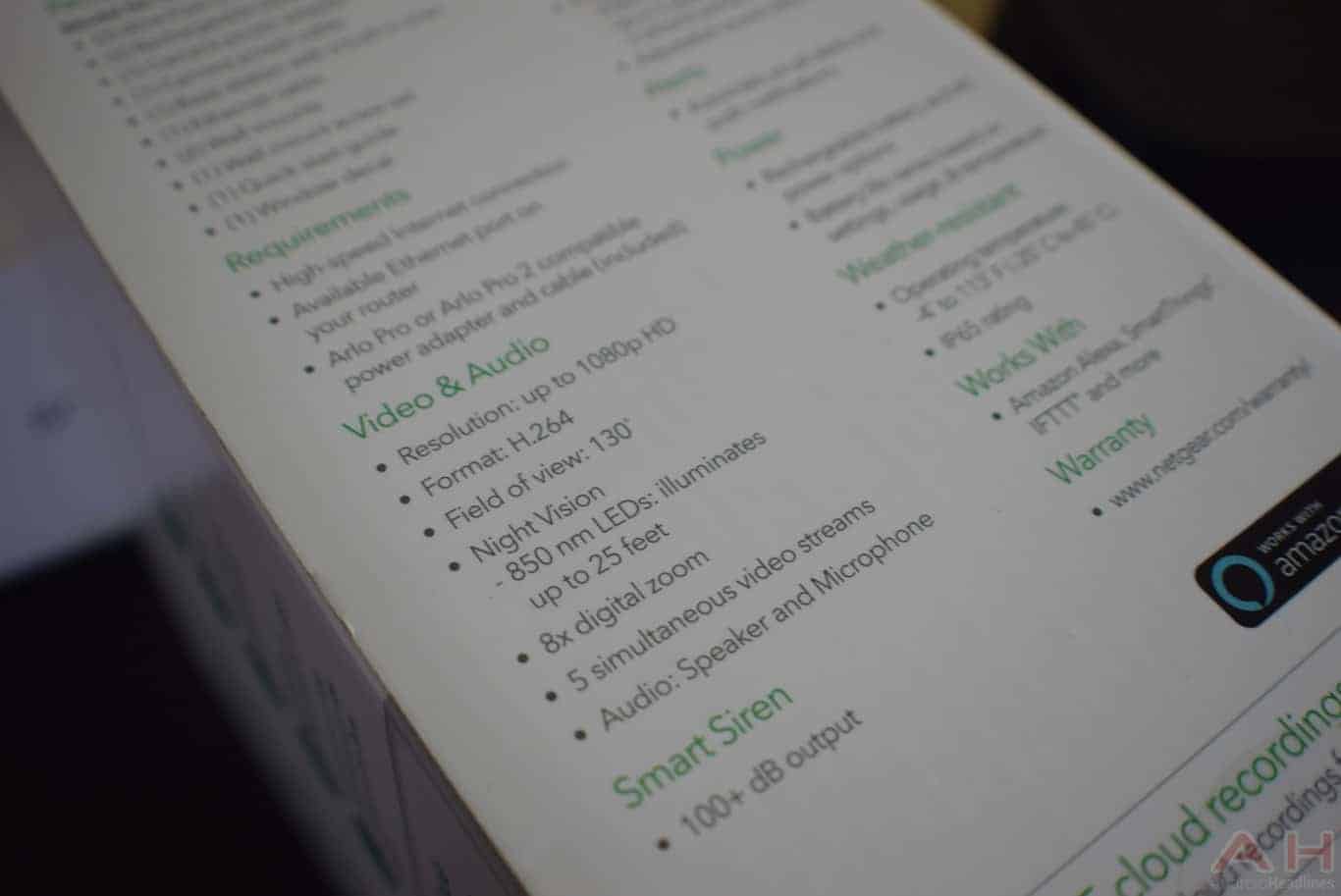 The Arlo Pro 2’s biggest upgrade is actually in the quality department. Going from 720p to 1080p streaming now. It uses the H.264 format, along with a 130-degree field-of-view. The camera does have night vision, thanks to 850 nm LEDs included, and it can illuminate up to 25 feet. It also has 8x digital zoom, and you can use up to five cameras at the same time with the Arlo Pro 2. Of course, there is a built-in microphone, so you are able to talk to whoever is in the camera’s line of sight.

As far as connectivity goes, the Arlo Pro 2 supports WiFi 2.4GHz only, and has a 300-feet range. There is also motion detection, and the ability to get alerts on your smartphone. The Arlo Pro 2 does also have a removable, rechargeable battery inside, which can last up to 6 months, depending on how often it is actually recording. 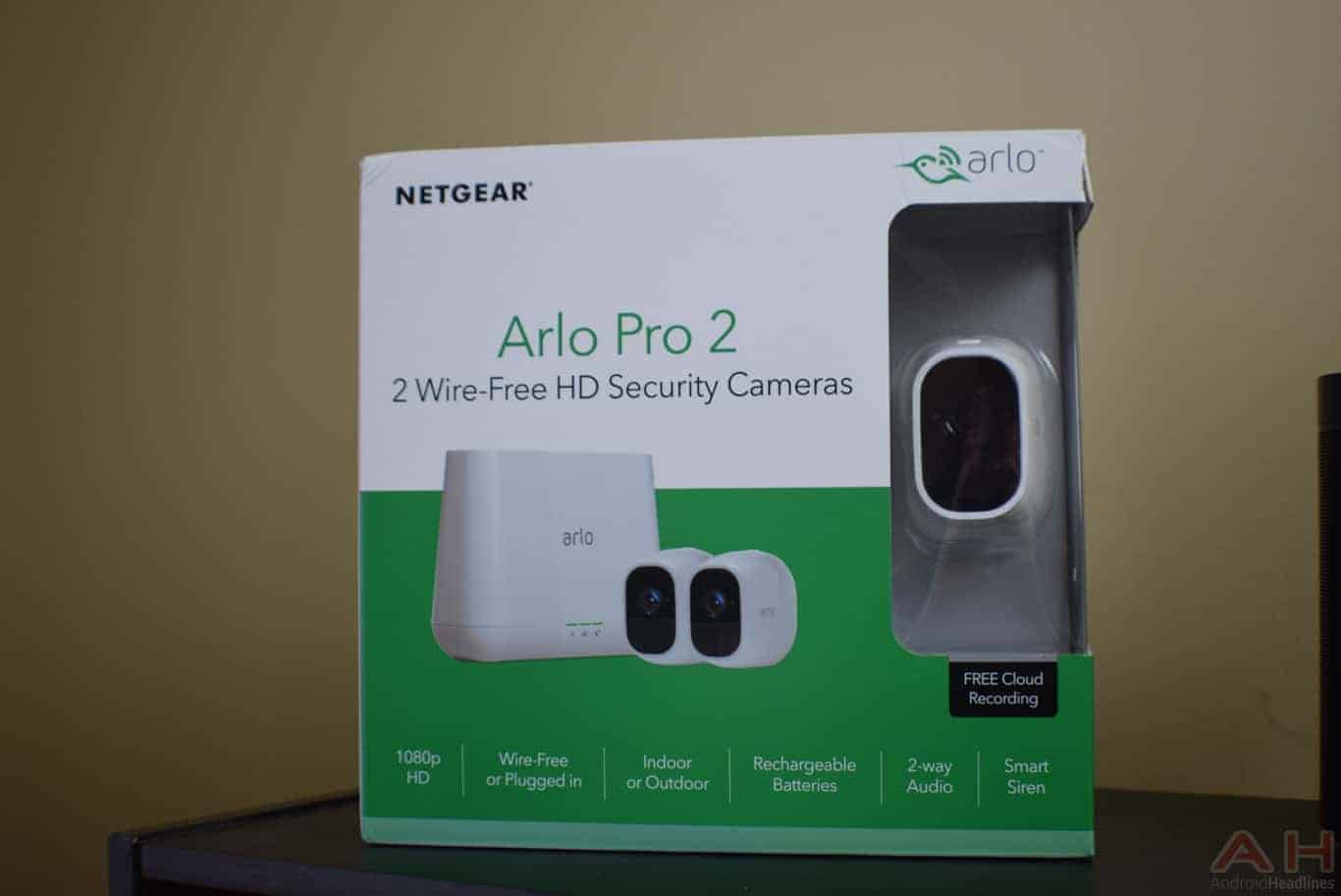 There’s actually quite a bit in the box with the Arlo Pro 2. Now we have the two-camera kit here, so we do have two Arlo Pro 2’s inside, along with the base station (and built-in siren). There’s also two batteries, along with a camera power adapter, power cable, an ethernet cable and a variety of wall mounts, so you are able to mount the Arlo Pro 2, either inside or outside, without any issues. Finally, there is of course a quick start guide here. 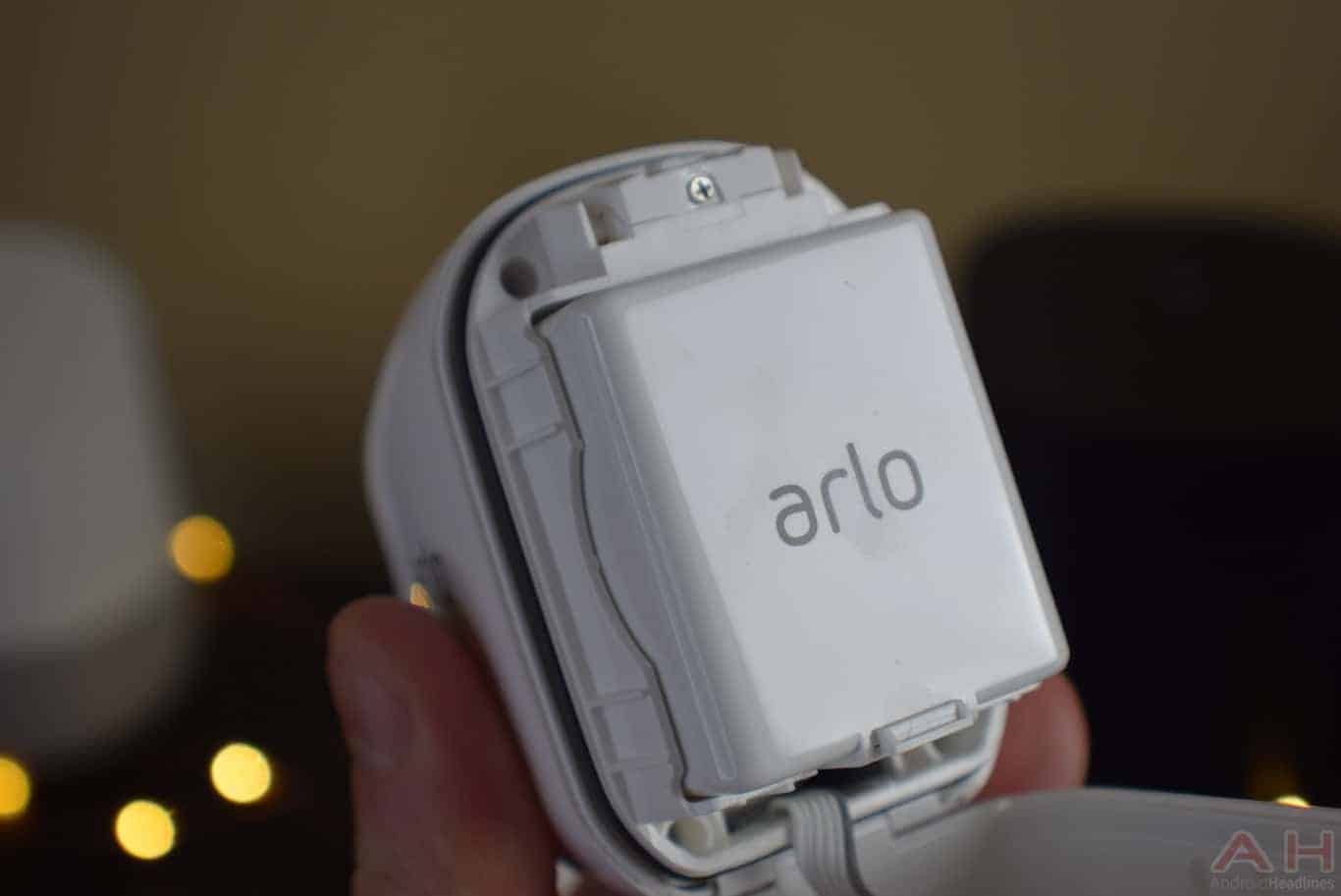 Setup is actually pretty easy, definitely good for a smart home security camera, as the last thing you want to do is have trouble setting the thing up. First things first though, you’ll need to download and install the Arlo app from the Google Play Store. If you don’t already have an Arlo account, you’ll need to create one as well.

From there, you will begin setting up your Arlo Pro 2. The app will walk you through the entire process, but you are essentially selecting the camera you want to add – which in the case of the Arlo Pro 2, you’ll choose “wire-free”. Then you will select the base station you want to either setup or connect too. From there it’s pretty simple. And you’ll have to repeat the process for setting up additional cameras. The setup process is a bit more cumbersome than some other security camera solutions out there, but NETGEAR has done pretty well at making it easy to setup and get going. 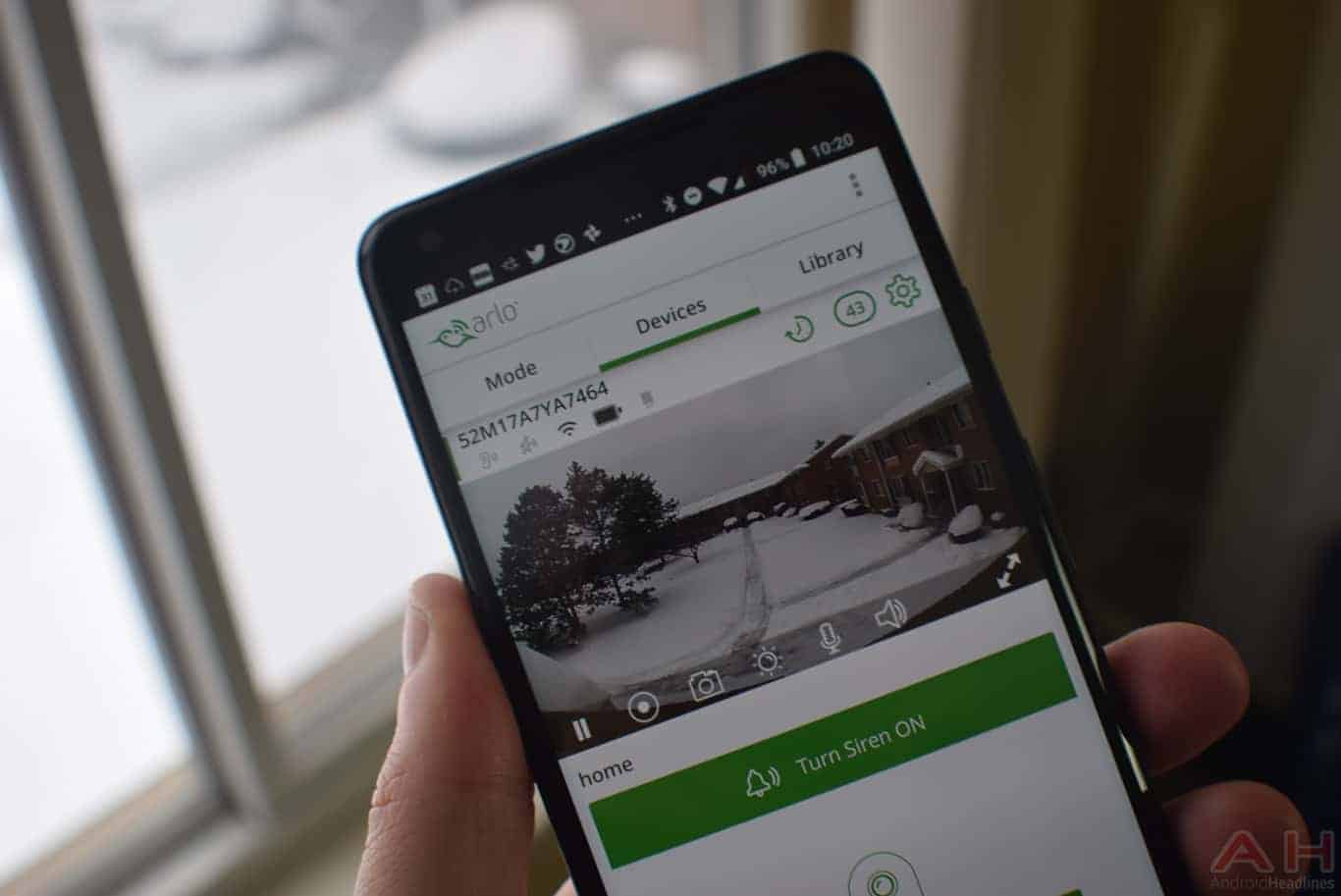 As mentioned already, video quality did get an upgrade this time around, going from 720p to 1080p. Of course, that is still not quite at the 4K resolution of the Nest Cam IQ, but it is still pretty good, especially considering this is not a wired camera. The 1080p resolution from the Arlo Pro 2 works pretty well, and even while zooming in, the picture doesn’t get too grainy. Of course, it does get a little bit grainy due to the fact that this is 1080p, and you do get 8X zoom here.

Night mode also works pretty well. Obviously, it makes it harder for the Arlo Pro 2 to produce a great looking image, but it actually gives you an image that allows you to still see what’s happening. Which is obviously a good thing, and definitely what you want it to do. So don’t expect a perfect image, when there’s no light around, but the Arlo Pro 2 can still let you know when someone is in sight of the camera, or it detects movement. 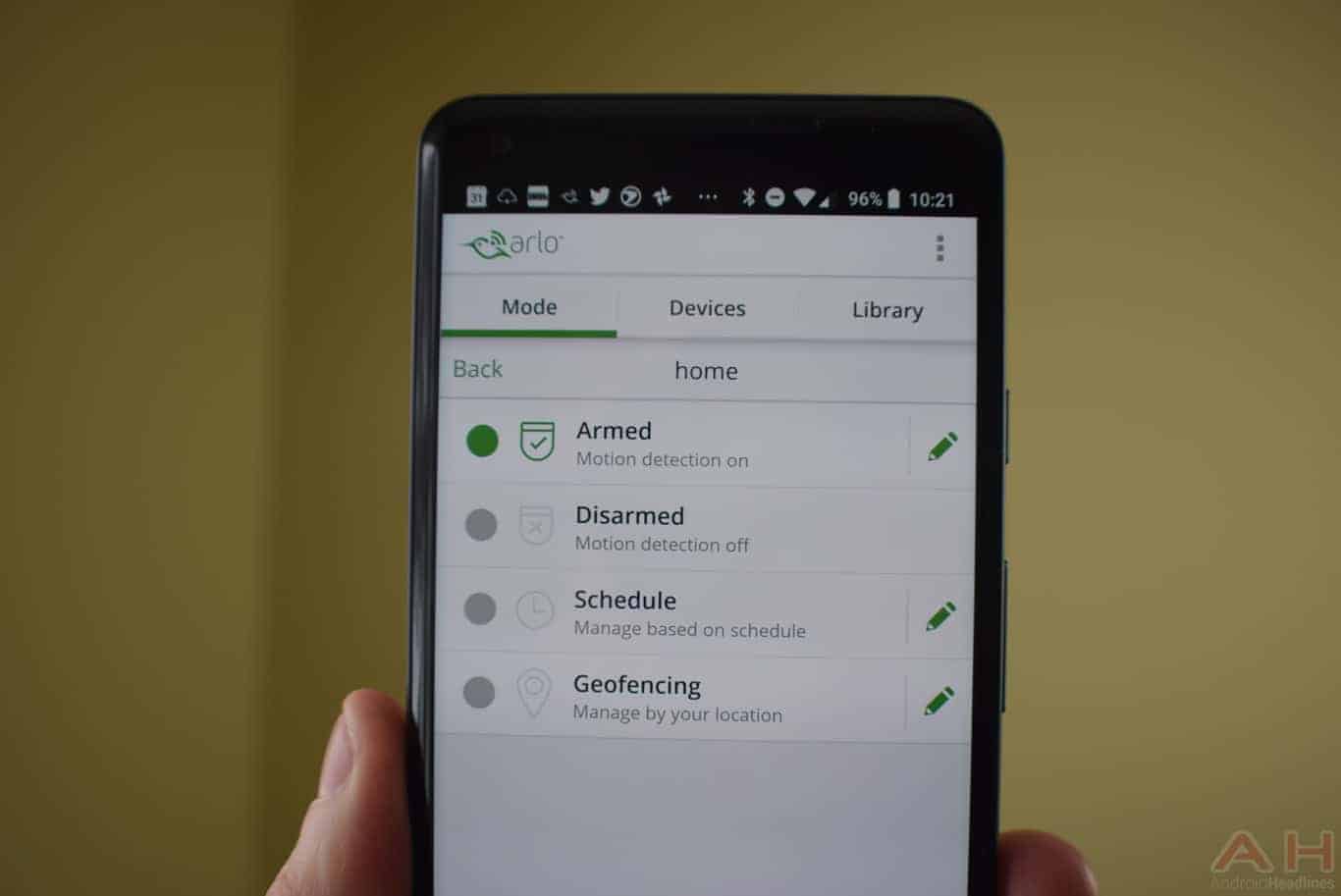 The Arlo app is actually set up really nicely. When you first open the app – after Arlo Pro 2 is all set up and everything – you are greeted with a live feed of the camera. Below that you will see an option to turn the siren on, as well as a button to add another camera. The live feed also has a number of icons above it, which show whether it is detecting sound, motion, if it is connected to WiFi and how the battery is performing. Additionally, you can see how many clips haven’t been read or watched, and access settings for that particular camera. You likely won’t mess around too much with the camera settings, but the one setting you should adjust is the video quality, particularly if you have it outside. It’ll default to providing you the best video quality, but that also means not-so-great battery life. If you switch over to optimized, it’ll work better, and last longer.

The Library tab allows you to see what’s going on in and outside of your house. These clips are sorted by the day of the week, and you can quickly check them out and see what’s happening. This is great because you can also download these clips and share them with other people. So say you have one outside and you were able to catch someone breaking into your home, well you can share the video with the police and help catch that person. Or if you pet is at home acting goofy you can share it across social media and make others laugh as well.

NETGEAR does have some integrations available with the Arlo Pro 2, and the one that its most excited about is Alexa. You are able to use your Echo Show or a Fire TV to ask Alexa to show the stream from the Arlo Pro 2. So you don’t even have to use your smartphone to see what’s going on. Additionally, it does work with Samsung SmartThings as well as IFTTT, so you can really automate this camera, especially when it detects motion at home.

The app really doesn’t do a whole lot, but it does work well. Considering the Arlo Pro 2 is really only here to protect your home – both inside and out – there’s no need for it to really do a whole lot in the app. On top of that, the more the Arlo Pro 2 can do, the less battery life it’ll have. 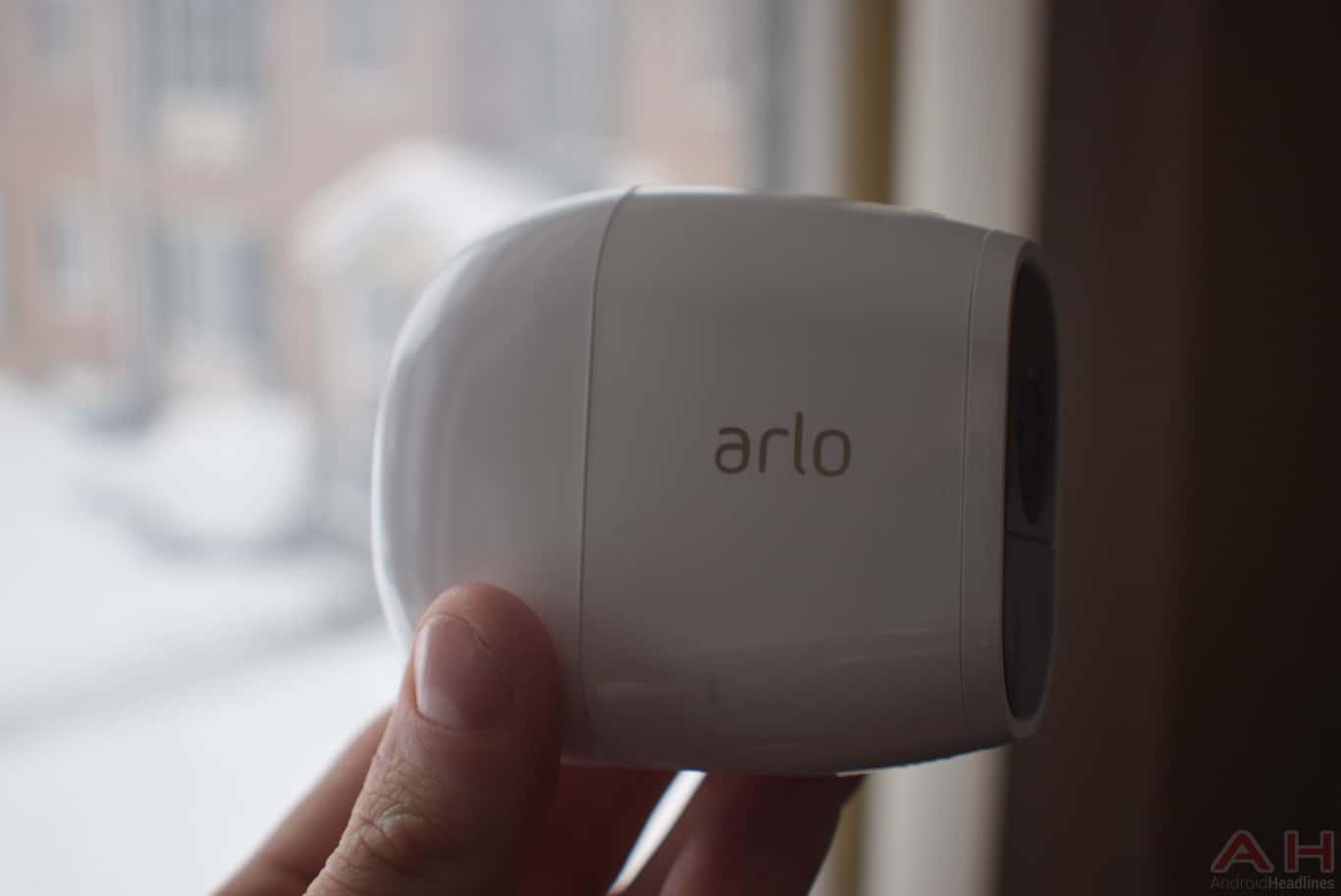 The hardware itself, of the Arlo Pro 2 hasn’t changed all that much, from the original Arlo Pro. It’s still a pretty small and compact camera, which can sit basically anywhere. On the front, there’s the camera lens, along with the LED’s around it for nightvision. The bottom is where you’ll find the speaker and microphone. Which is an interesting placement, but it works well, because the bottom isn’t flat, it curves up a bit, where the speaker and microphone is located, so that the microphone does still work well when it is sitting on a flat surface. On the back, you’ll find the mounting ports, as well as a micro USB port back there for charging the battery, which is located under a flap. Keep in mind that this is a IP65-rated camera, so there does need to be a flap there. On the top, there are two buttons. one is to sync the camera with the rest of the Arlo system, and the other opens up the camera, so you can remove the battery and charge it if you wish to do so.

Otherwise, this is a pretty plain looking camera. Since it is so small, it is pretty easy to hide it, so that others aren’t able to see it. Now the mounting plate that NETGEAR includes with the Arlo Pro 2 is actually pretty nice. It screws into the wall, or somewhere else, but it connects to the Arlo Pro 2 using a magnet. This is great because it allows you to adjust the angle of the camera, but also allows you to take it down rather easily and charge it or replace the battery. Remember the battery can last up to 6 months, so you won’t need to do it that often, but you will need to recharge it every now and then. 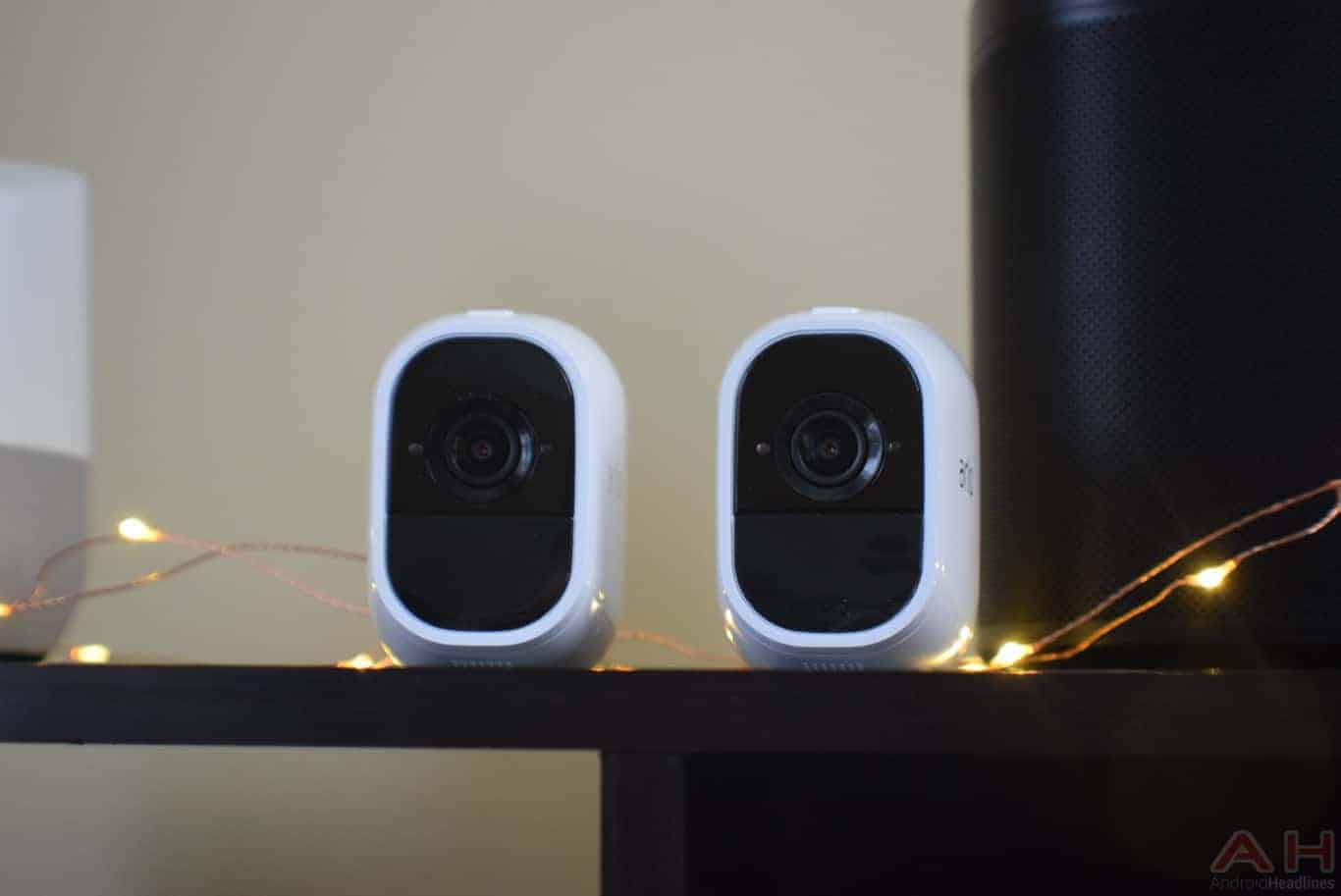 It’s really no surprise that NETGEAR has such a huge share of the security camera market (nearly 50%), given how good the Arlo Pro 2 is, in a number of areas. The Arlo Pro 2 excels in setup, video quality and even the software it is using. The fact that the base has a siren that you can set off when someone enters your home unexpectedly, is also a nice feature to have – and not one we see often with smart home security cameras. On top of that, the Arlo Pro 2 is also wire-free, so you can put it virtually anywhere – as long as your WiFi can reach it – and not worry about having to run a cable to it so that it can record what’s happening. Battery life is pretty variable, but that shouldn’t be a surprise, given the fact that this does not record unless it senses movement, then it records from a few seconds before movement started, until it’s finished. So it’s not recording the entire time. And if it is in an area that gets a lot of foot traffic, it’ll be recording a whole lot more than usual.

NETGEAR has the Arlo Pro 2 available in three packages right now. There’s the 2-camera pack with the base, then a single camera (for adding to your setup) and there’s also one that includes a solar panel for charging the camera. NETGEAR will be releasing other packages in 2018, including 3-camera, 4-camera and 5-camera packages. Now if you already own some of NETGEAR’s previous Arlo cameras, and have the base station, you are able to just purchase the add-on camera, since it uses the same base station. Which starts at $219.