Netflix started experimenting with a bottom navigation bar in its Android app, with several users recently taking online to reveal they’ve been encompassed by the test. The functionality appears to be close to finished as the popular on-demand video streaming service is now already said to have brought it to some users running the stable version of the Android app, with the first report on the matter coming from an owner of the Samsung Galaxy S6. While this state of affairs would usually signal that a global rollout has already started, the bottom navigation bar still appears to be unavailable to the vast majority of users in all parts of the world so while Netflix may be confident enough to bring it to select subscribers who didn’t opt into any kind of beta tests and specifically stated they want to receive experimental features, it appears the company is still in the process of testing the functionality.

The redesign itself appears to be aimed at improving the ease of use of the Netflix Android app, situating the main navigation bar closer to your fingertips and making the service more convenient to use while holding the phone in a single hand. The aesthetic appears to be largely similar to the Netflix iOS app, save for the portion of the interface where the hamburger menu icon used to be situated. The bottom navigation bar features Home, Search, Downloads, and My Profile shortcuts, in that order, thus providing essentially the same functionality that the original hamburger menu did.

Like many other similar redesigns introduced by a wide variety of popular apps in recent times, Netflix’s move is understood to be a response to the current smartphone market and the fact that majority of contemporary handsets are now close to the phablet category, i.e. they offer enough screen real estate for a comprehensive navigation bar, whereas placing many interactive elements near the top of the interface may actually be counterintuitive to users, especially as devices with taller aspect ratios are now becoming more popular. Netflix has yet to comment on the bottom navigation bar in any capacity but with the feature now being tested in the stable version of the app, it shouldn’t be too far away from a global debut. 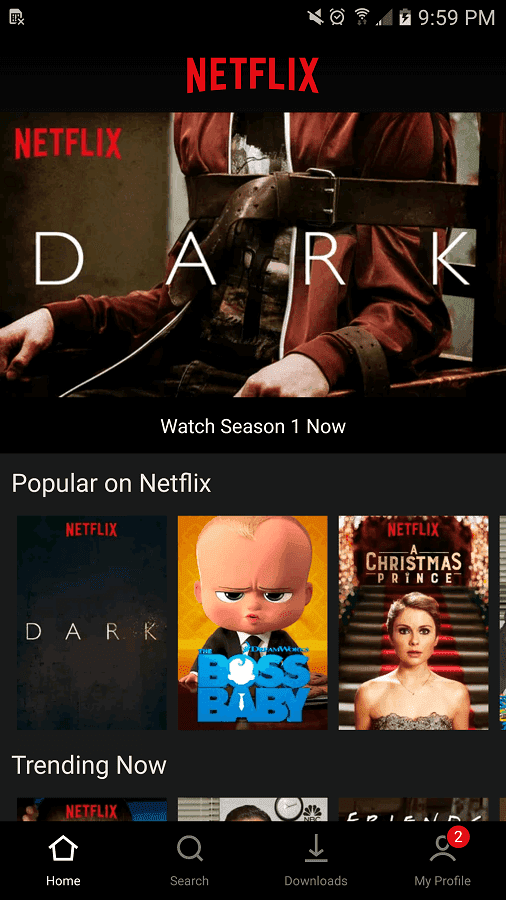