Ridesharing app Lyft has officially kicked off its self-driving taxi pilot in Boston by enlisting the help of self-driving company NuTonomy. Rather than using cars that Lyft has created the software and hardware for on its own, the company is using its app and platform to connect customers with NuTonomy’s vehicles. To be specific, the cars in question are able to operate in fully autonomous mode, but do have human safety drivers on board to take over when and if needed. The vehicles are also only available in Boston’s Seaport district for the time being, and neither Lyft nor NuTonomy have announced when or if the pilot will expand. Lyft has yet to put out a press release, and the one that NuTonomy wrote up did not have a specific timeline set out for expansion, though it did say that there would be updates in the next few weeks.

NuTonomy’s partnership with Lyft is the first working partnership between a ridesharing platform and a self-driving car company to actually reach the public phase. NuTonomy did begin its own public pilot in the area not long ago, but with Lyft to act as a backend, the company will be able to book more rides and get more feedback than it would have been able to by acting alone. Up until now, most of NuTonomy’s actual driving tests have taken place in a closed facility.

Lyft has partnerships with a number of self-driving car companies, an advantage that it holds over rival Uber. Though Uber began public self-driving trials before Lyft, the former company has fallen under intense scrutiny in its efforts due to safety concerns and an ongoing lawsuit with Waymo over allegations of trade secret theft. Waymo’s relationship with Lyft is practically the polar opposite; while Uber stands accused of lifting Waymo secrets for its own self-driving systems, Waymo is actively helping Lyft to develop systems, even as it undergoes public trials using vehicles with systems that it did not build. It’s unclear whether Lyft will continue to create a patchwork of self-driving deals going forward, or if it plans to go all-in on its own systems with Waymo’s help in the future. 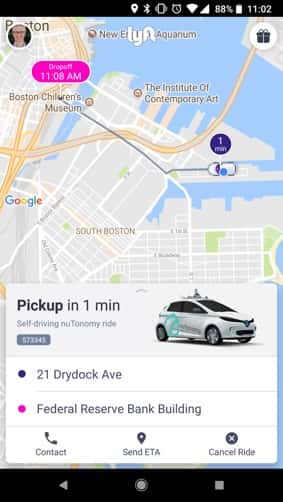