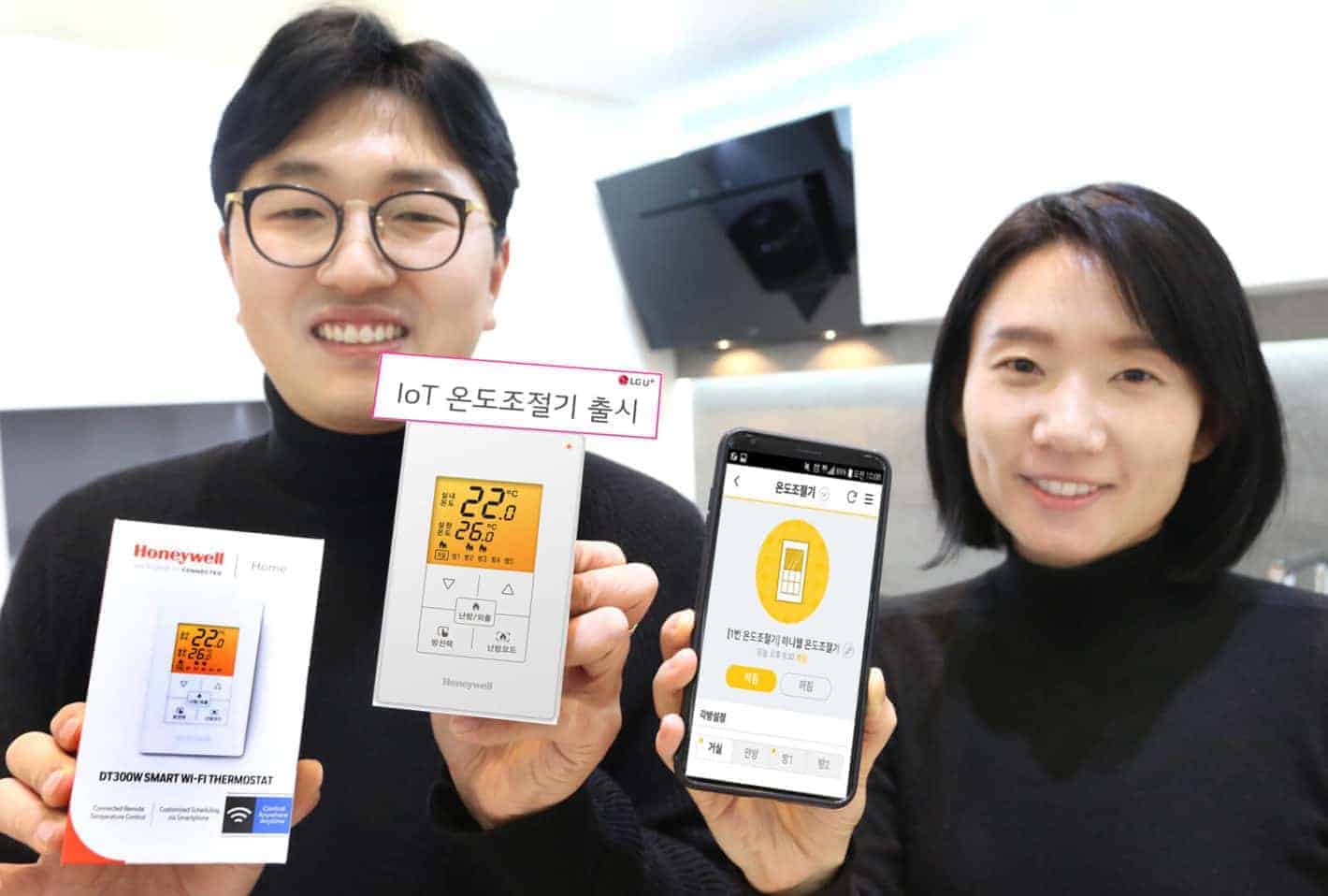 LG U+ and Honeywell have teamed up to jointly roll out an Internet of Things thermostat offering. The IoT thermostat is designed to allow you to control the temperature of your room simply by connecting the Honeywell-built thermostat to the IoT app called [email protected], which is developed by the LG U+. The IoT app, on the other hand, works to send you alerts once it detects that the heating function of the thermostat has persisted for an extended period of time. It also has the ability to display on your mobile device the costs of your power consumption in detail through graphical presentations and tables. This feature of the app is intended to help you keep track of your power usage and save energy as much as possible.

If you happen to be using older models of Honeywell’s thermostats, the IoT app can still be used to control your home temperature if you switch to the smart Wi-Fi thermostats built by Honeywell. The product launch is part of an existing agreement between LG U+ and the consumer electronics company signed in May of 2016 with the goal of jointly developing smart thermostats. The two companies inked a memorandum of understanding last year, under which the LG U+ network will be used to control Honeywell thermostats without requiring you to install a secondary hub or a dedicated Wi-Fi application. Pricing and availability of the newly announced thermostat remain unclear, though the offering is unlikely to be sold outside of South Korea as LG U+ Vice Chairman and Chief Executive Officer Kwon Young-soo revealed during the Consumer Electronics Show earlier this year that the company was looking to enter the U.S. IoT and artificial intelligence markets.

LG U+ and Honeywell are also said to be developing a system that will adjust the temperature inside a building automatically based on the outside temperature. In addition to smart thermostats, LG U+ also has other new products in store for consumers, including a biometric authentication platform that uses the Fast Identity Online (FIDO) international standards to confirm biometric access. Earlier last year, the company also unveiled its always-on, always-listening smart speaker that can detect voice commands from a distance, courtesy of its far-field voice recognition technology. LG U+ is expected to introduce more smart consumer products in the future