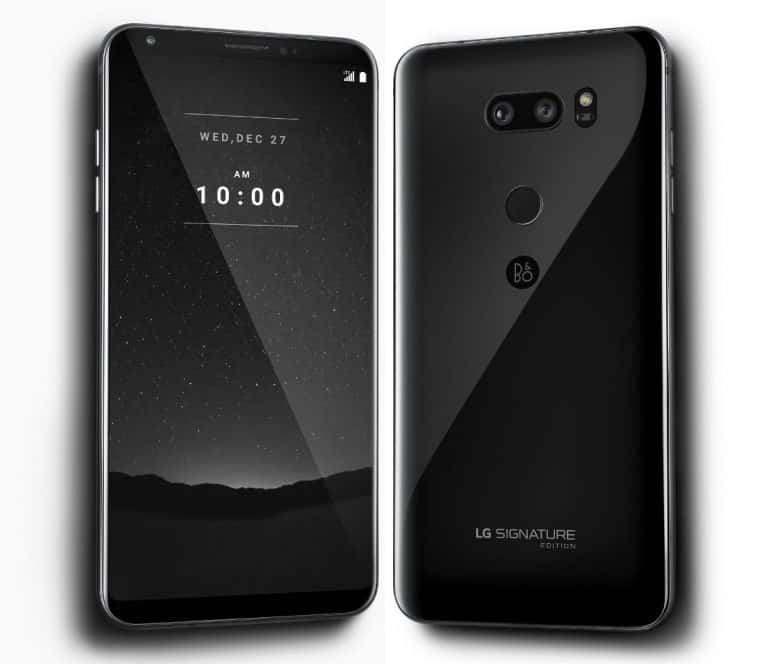 The LG Signature Edition is priced at 2 million won in South Korea, which translates to around $1,800, and LG says that a market for such pricey phones is very limited, so that could be the reason why the company is not planning to release it outside of Korea, even though some people would probably be interested in getting this handset. The LG Signature Edition is a very sleek-looking smartphone, it’s made out of premium materials, it sports a zirconium ceramic back cover, which should be able to repel scratches like a champ. In addition to a premium build, and really thin bezels, this handset sports a dual camera setup on the back, and a rear-facing fingerprint scanner. The LG Signature Edition comes with top-of-the-line specs as well, the phone sports a 6-inch QHD+ (2880 x 1440) OLED display, which means we’re looking at an 18:9 display aspect ratio here, and on top of this display you’ll be able to find Corning’s Gorilla Glass 5 protection.

The device is fueled by the Snapdragon 835 64-bit octa-core processor, one of the most powerful mobile SoCs at the moment, and the device also packs in 6GB of LPDDR4X RAM and 256GB of UFS 2.1 expandable storage. A 3,300mAh non-removable battery is included in this package as well, and you’ll be able to recharge it quickly using Qualcomm’s Quick Charge 3.0 technology. Bluetooth 5.0 is included here as well, while the phone is IP68 certified for water and dust resistance. As if that was not enough, the LG Signature Edition also comes with a 32-bit Advanced Hi-Fi Quad DAC, and Android 8.0 Oreo out of the box, on top of which you’ll find LG’s custom UI, of course. On the back of the phone sit 16 and 13-megapixel cameras, while a 5-megapixel snapper is placed on the phone’s front side.