LG is beginning to announce a number of its product announcements for CES, ahead of CES, and that might surprise some people since LG has a press conference at CES. Which is true, but LG does also have a ton of areas and businesses that get new products announced at the show. And today, the company is announcing its 2018 lineup of monitors, which will support HDR 600, as well as Thunderbolt 3.

The 2018 lineup of monitors have HDR 600, which LG says provides them with a higher dynamic range of peak brightness. The 32-inch model (the 32UK950) is going to be the first to use LG’s Nano IPS technology. Nano IPS technology is a rather interesting process, and according to LG, it involves the application of nanometer-sized particles to the screen’s LED to absorb excess light wavelengths. Now to those that aren’t into all the technical details, this basically means that you’ll experience better on-screen colors on the display, for truer colors to what you’d see in real life. The 32-inch model will also display 98% of the DCI-P3 color spectrum, making it idea for media consumers, or those that are content creators and want to be able to color grade their content as accurately as possible.

In addition to having a superb looking display, the 32UK950 will also be the first to support Thunderbolt 3 display dock for 4K daisy chaining. This would allow a user to use dual 4K monitors, without affecting performance. You can connect the 32UK950 to a laptop using a single Thunderbolt 3 port and have a dual monitor setup, which is going to be great for those that love being productive with dual monitors. There’s no charging adapter needed for this either, just a single cable.

Now, there is a second monitor being announced by LG, and that’s a new 34-inch UltraWide, the 34WK95U. It will deliver a broad range of accurate colors and viewing angles at a 5K resolution. This is going to be LG’s first 5K UltraWide monitor, featuring an aspect ratio of 21:9. LG’s UltraWide monitors have become pretty popular in the market, due to the fact that it is similar to having a dual monitor setup, with just one monitor. And now that LG is upgrading the resolution to 5K, it’s sure to be a popular monitor in 2018. Much like the 32UK950, the 34WK95U does also support Nano IPS technology and HDR 600. So you’re getting a great image out of this one as well. There is a Thunderbolt 3 port as well, so you could connect a USB-C/Thunderbolt 3 laptop to this monitor and not need to worry about running other cables for your setup. LG will also be debuting a new QHD gaming monitor at CES, it’s going to be a 34-inch model, which will also be using Nano IPS Technology and high-speed G-Sync Technology. LG is pretty tight lipped on details about this monitor, so expect to hear more at its press conference on January 8th in Las Vegas. 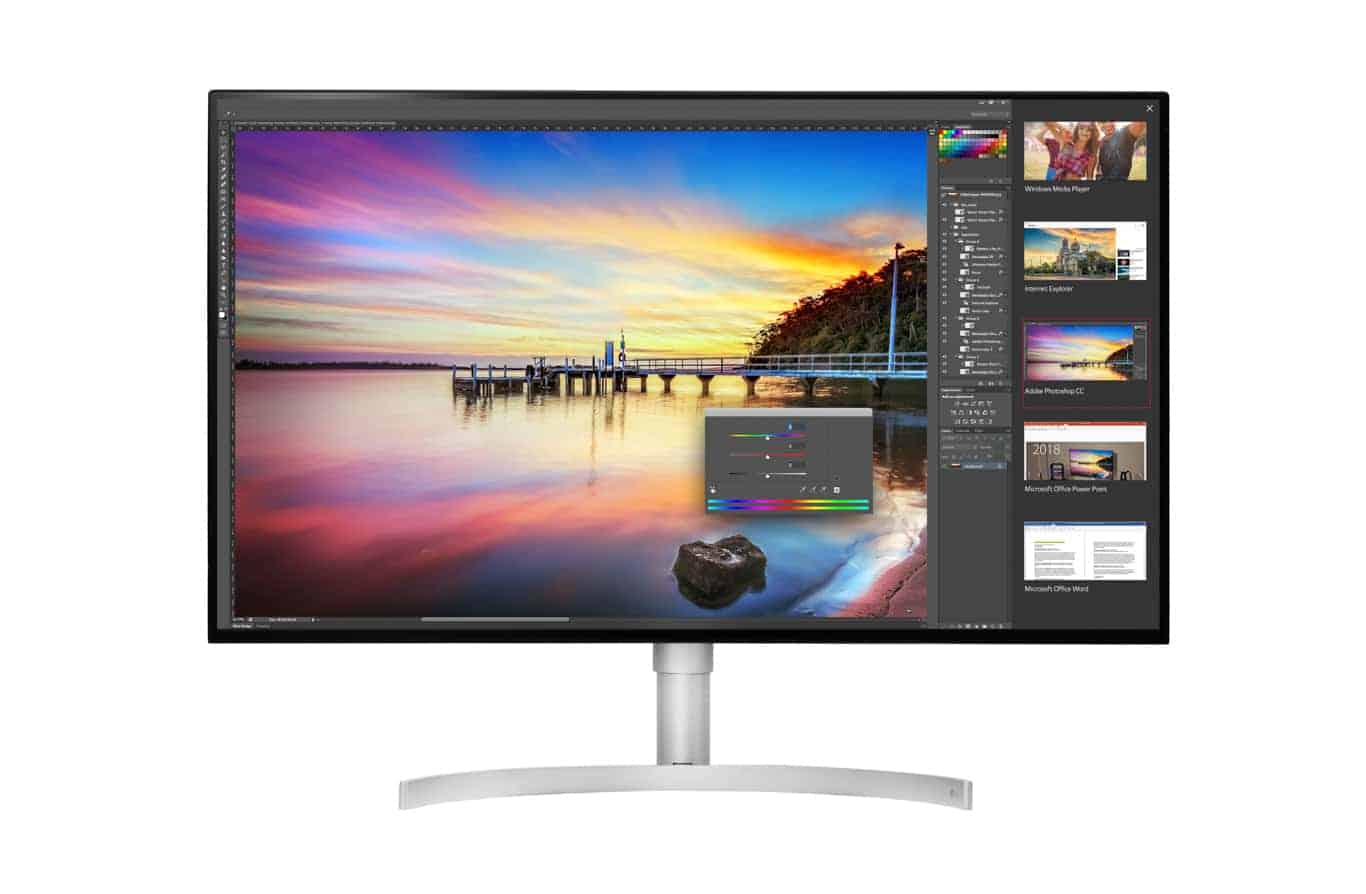