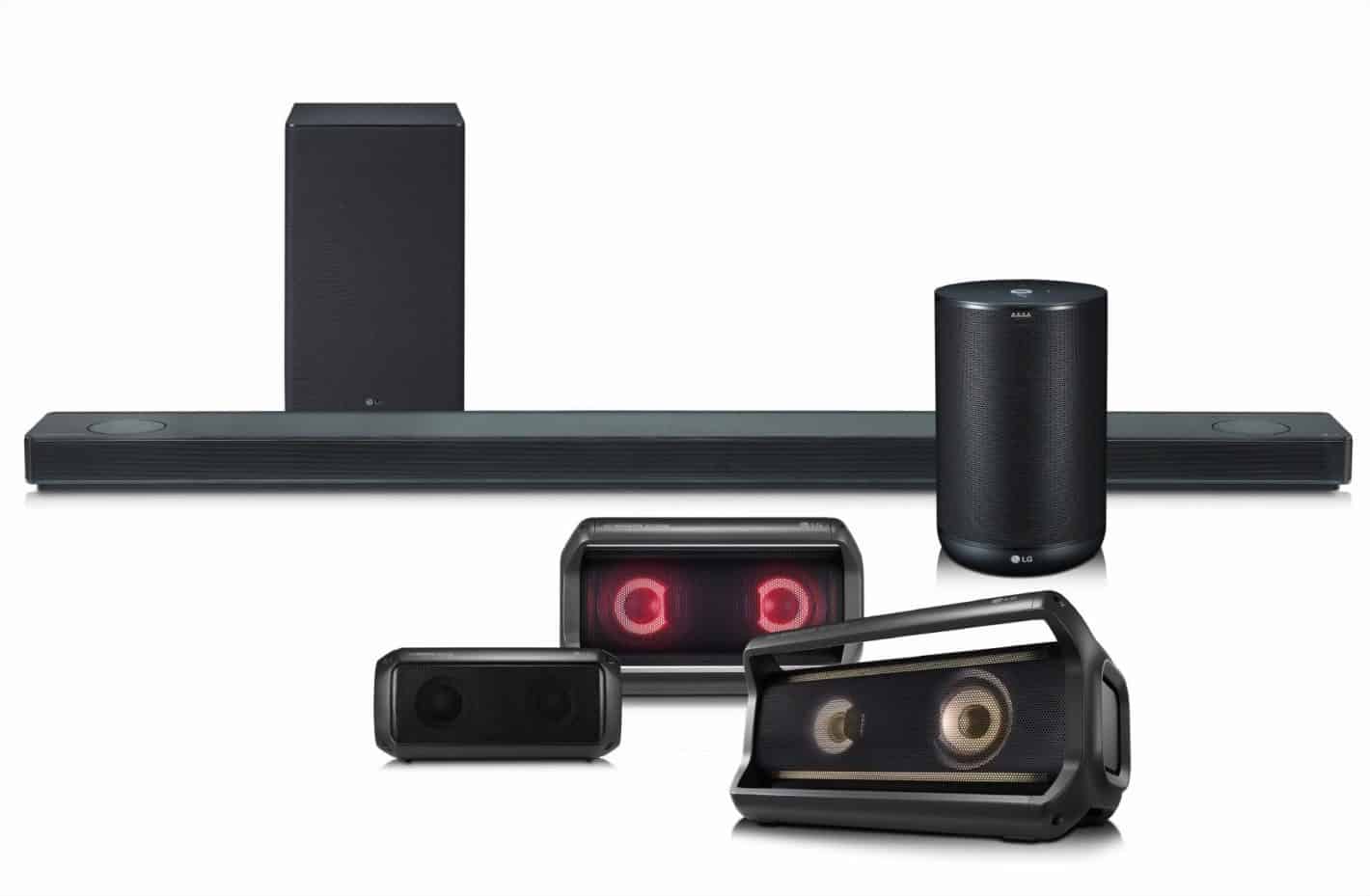 LG has just announced its lineup of audio products that will be showcased at CES next month in Las Vegas. This includes its soundbars which are supporting Dolby Atmos, as well as its portable speaker and a new premium speaker with Google Assistant built-in. These are also the first products from LG's newest partnership, which is with Meridian Audio, that the company announced earlier this month.

The LG ThinQ Speaker is the Google Assistant-enabled speaker that the company is announcing, and it works with LG's ThinQ system. So it will work with all of LG's smart appliances. LG has worked closely with Google on this speaker, and it is one of the first products to come out supporting Android Things, which is actually really important, and something that should be common in 2018.

LG is also announcing its next wave of soundbars. Starting with the new SK10Y. This is the high-end model and has 550W of power, it also supports 5.1.2 channels, with Dolby Atmos. That is going to be a common theme for LG in 2018, especially with its audio. Since it does have Dolby Atmos, and with its Meridian Audio partnership, you can expect some incredible audio out of this soundbar. This soundbar does also fit seamlessly under many of LG's 2018 OLED or Super UHD TV models, that are likely being announced at CES next month. Finally, the SK10Y has Chromecast functionality. So you can use "OK Google" commands to play different music or video on the TV.

There's also LG's portable speakers, the PK series. These will offer up premium sound and mood lighting, all in a small package that can be taken anywhere. It does support the apt-X Bluetooth standard, so you'll get crisp and clear audio out of this speaker as well. Finally, LG has a few speakers that are aimed at party-goers and DJ's. These do definitely pack a punch, with up to 1800W output, karaoke modes, lights and much more. These are also in a durable form factor, so they could take a beating if needed.

LG will be showcasing all of these speakers and plenty of other products at its booth during CES next month in Las Vegas. LG typically announces a slew of products at CES, so expect to see plenty of new products there, from all of its divisions.