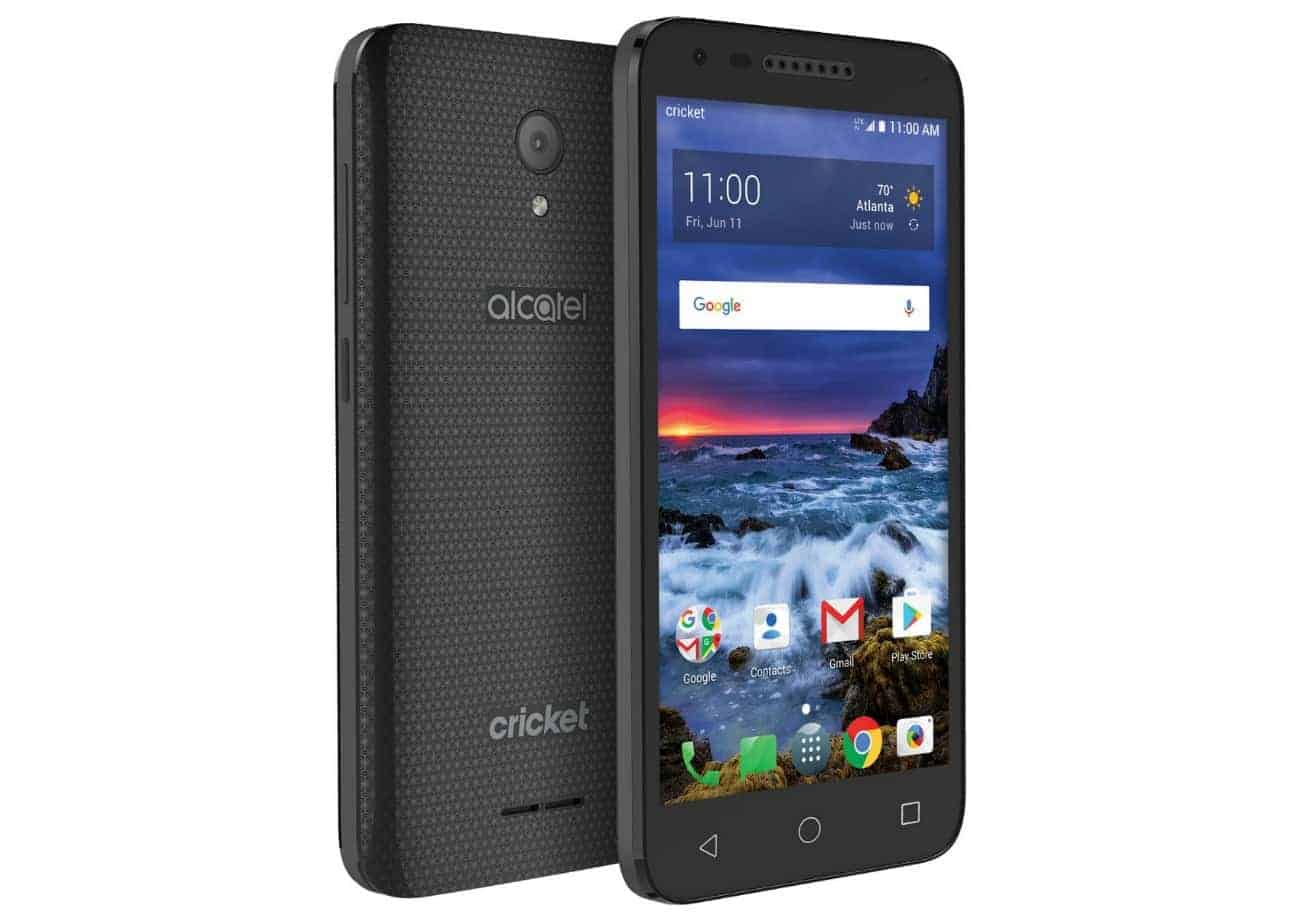 A new leak is showing off the upcoming Alcatel Verso smartphone that's bound for Cricket Wireless. The Verso appears to be a budget device and seems to have a removable battery cover made from plastic. The phone will come in black only most likely and according to the image it will come with a single rear-facing camera accompanied by an LED flash as well as a single front-facing camera. There is no fingerprint sensor included with the Verso as one can't be found on either the back or the front of the phone which would be the two main spots that you would be able to expect it to be had it been implemented.

The image of the phone hasn't been leaked alongside any other information other than the name of the device and what carrier it's headed towards, though you wouldn't need detail on the carrier as Cricket Wireless can be seen clearly on the backside of the device. Since there were no details mentioned along with the image there's no confirmation or even another rumor regarding specs or other features, which means no information on the Android version although the Verso is likely running on Android Nougat for the software.

The image shows that Alcatel has used capacitive navigation keys instead of on-screen ones, which isn't a big trend with smartphone brands but it's still far from dying off completely. The back of the device also appears to be textured which could mean a little bit of a better grip, or it could simply be a pattern on the back to give the design of the phone some more pizzazz. What is textured is the power button which is something you'll see more commonly from Huawei, and it helps to identify the button if you're searching for it with your finger without looking, say, if you're pulling the phone out of your pocket. There's essentially no other information on the Alcatel Verso at the moment so there's no word on when it will launch on Cricket's network, what it will cost, or what the specifications will be for the phone. As mentioned earlier though this is most certainly a budget device judging by the design, so the price isn't likely to be too high and the specs likely aren't going to be too high-end.