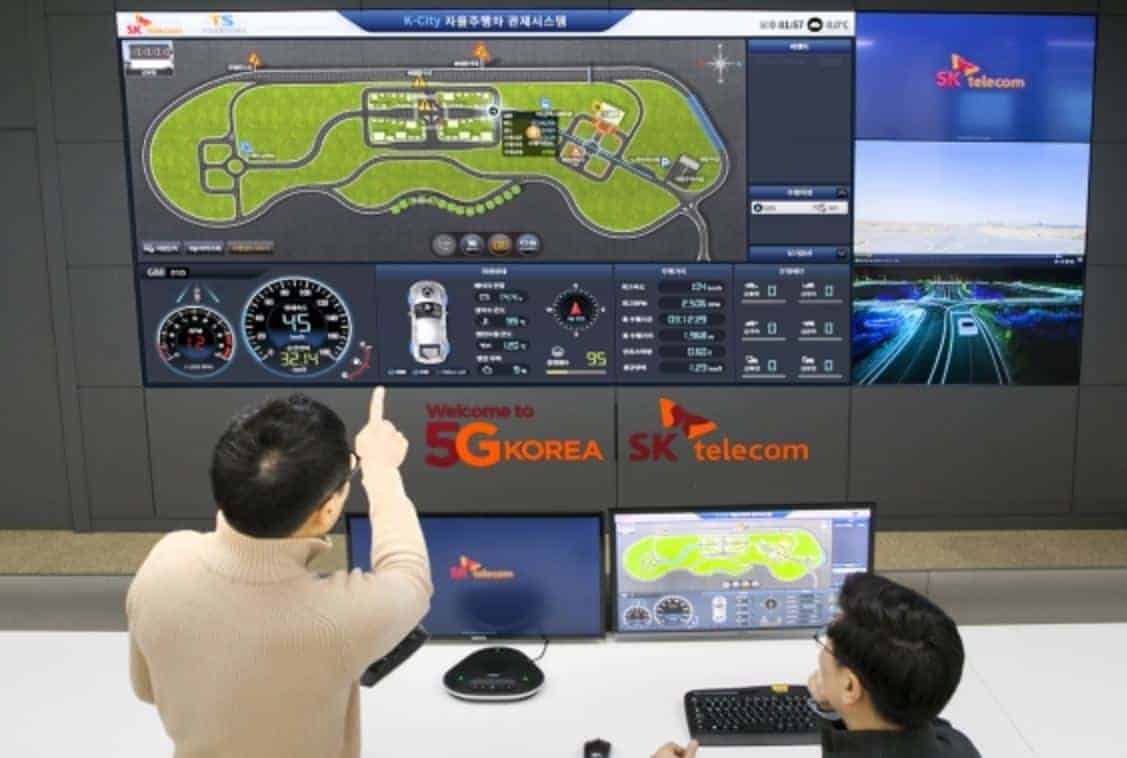 The Korea Transportation Safety Authority (KTSA) and SK Telecom on Thursday unveiled the first 5G testing platform for self-driving vehicles in the world, having deployed the experimental infrastructure in K-City, a fake town spanning 79 acres (320,000 square meters) which was created exclusively for the purpose of testing autonomous driving solutions. The newly announced system utilizes a pre-standard 5G network meant to provide support to driverless vehicles, allowing them to share and receive data with their smart environments and other vehicles on the road more efficiently.

The 20Gbps 5G network is supported by a control center used for managing data exchanges between vehicles and itself in real time, with the solution also entailing a 3D map of the testing area whose margin of error is no higher than 20cm. While a viable commercial solution would have to be significantly more advanced than what SK Telecom and the KTSA are currently working with, the platform provides a major starting point for more real-world testing of autonomous driving technologies in conjunction with the fifth generation of mobile networks and is yet another statement of intent on the part of Seoul that’s adamant to be at the forefront of the next major technological revolution.

The development marks yet another addition to K-City that’s been growing at a rapid pace ever since its development was announced last spring. The town officially started operating in early November after Seoul invested approximately 11 billion won ($10.3 million) in its development. The level of financial commitments to the project is likely to continue increasing going forward as the South Korean administration continues its efforts to facilitate the advancements of self-driving cars by providing support to domestic tech giants. The government of the Far Eastern country already adopted an investment plan that seeks to commercialize Level-3 autonomous vehicles by 2020, i.e. solutions that would still require a human driver but one that would only take control of the wheel in cases of emergency. The country has also been making rapid advancements on the 5G front and is expected to be the first to commercialize 5G networks next year, in time for the latest iteration of the Winter Olympics which are starting on February 9th.