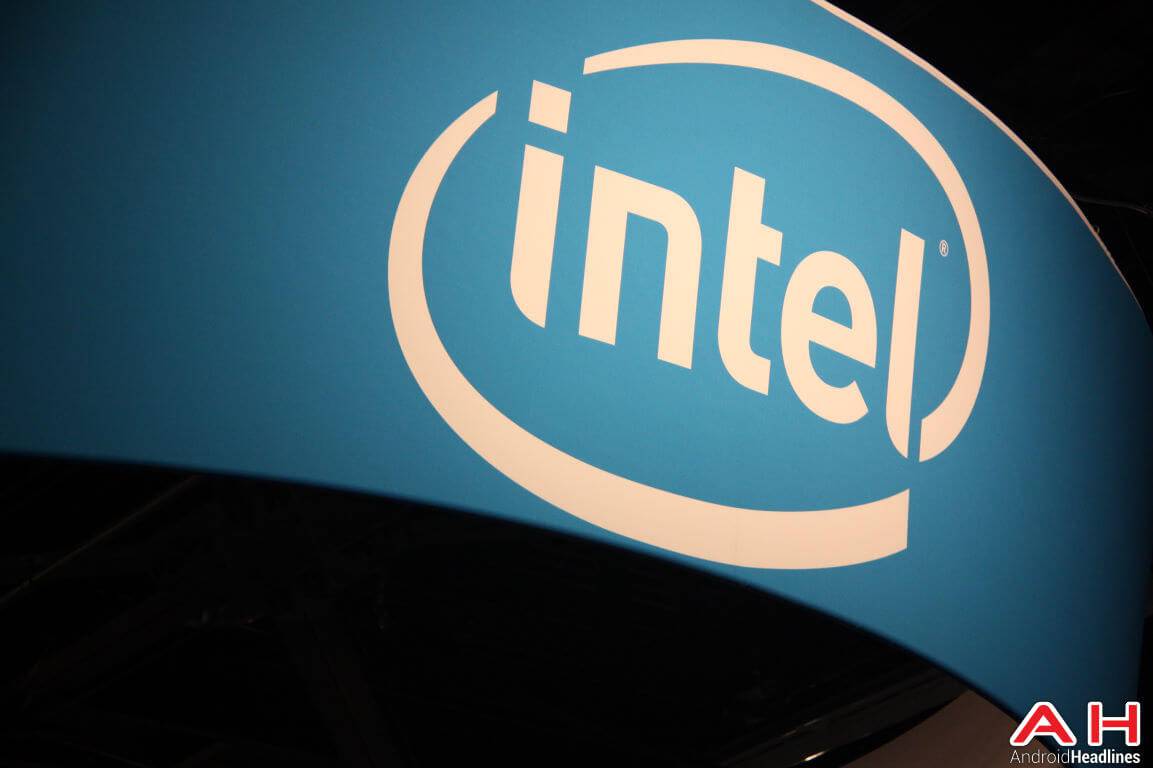 Intel is one of the biggest competitors in the burgeoning field of processors made specifically for use with self-driving cars thanks to its acquisition of specialized chipmaker Mobileye, and representatives from the company took the stage at the recent Automobility conference in Los Angeles to show off the company’s roadmap to 2020 in that field, giving more detail and making some changes to a previously announced product in the process. That product is the Mobileye EyeQ5, the first processor in the range to support the highest theoretical levels of autonomous driving, and is due for production in 2020. This most likely means that it will be making its way to vehicles as early as 2022, if not sooner.

The roadmap’s current spot is the EyeQ3. Put out in 2014, it’s the first Mobileye product to support actual semi-autonomous driving, rather than just being used for driver assistance features. It’s a 40-nanometer CMOS chip capable of roughly .256 trillion operations per second. In 2018, Intel is due to start producing the EyeQ4 on a 28-nanometer process, yielding a chip capable of fully autonomous driving with only the occasional need to ask the driver for help. It uses 2 watts of power to produce 2.5 trillion operations per second. The recently announced EyeQ5 will be almost ten times more powerful, and will use 10 watts of energy while running. Interestingly, this is double the 5 watts it was initially announced with, which could mean that two chips will be used in the consumer-facing configuration. It will be the first chip in Intel’s stable capable of levels 4 and 5 of autonomous driving, which essentially embody autonomous driving on level with the average human, and fully perfected autonomous driving that puts nearly all human drivers to shame, respectively.

Intel’s Mobileye arm faces stiff competition in the self-driving market. One of the bigger names that comes to mind is NVIDIA, whose Xavier SoC is already drawing comparisons to EyeQ5. Unlike EyeQ5, however, Xavier is on track to release in 2018, which means that NVIDIA could release another product in 2020 to best EyeQ5 decisively. Xavier has a larger die size and thus more energy use than EyeQ5, on paper, but since the plan is to implement it into NVIDIA’s in-house Drive PX self-driving platform, there’s no real way to tell just how it will perform until it’s actually available. The same can be said of Mobileye’s upcoming chipsets, since current data on them is based solely on Intel’s lab tests. 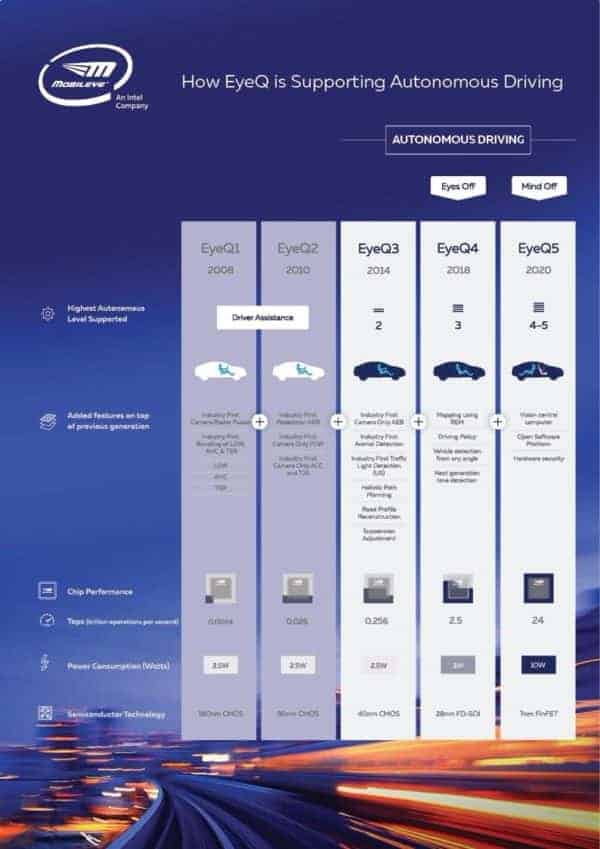