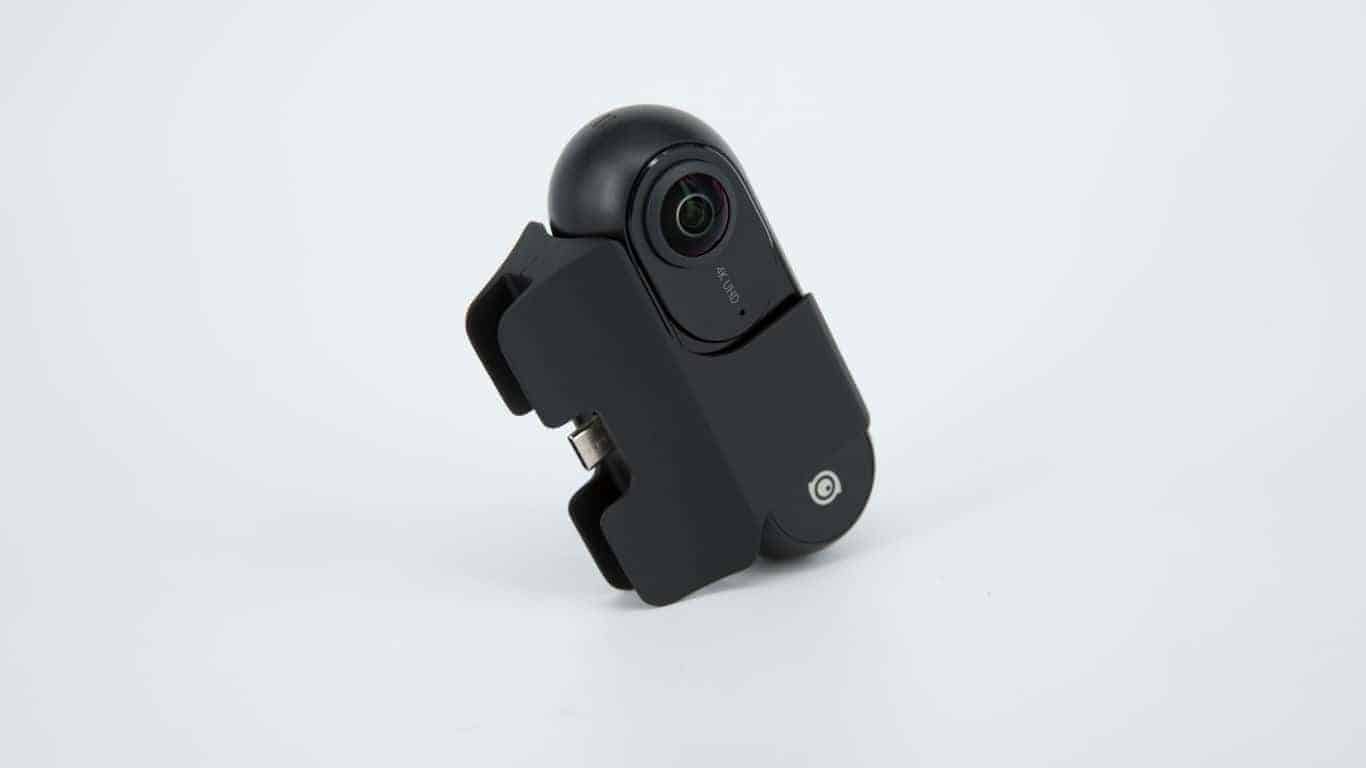 Insta360 has today announced that its Insta360 ONE camera is now fully compatible with Android phones. Up until now, the Insta360 was mainly marketed as an camera which can be attached to iOS devices to capture the world in a 360-degree and 4K fashion – although it is also capable of being used as a standalone product which may have appealed to Android device beforehand. Now, however, the company has confirmed that Android device owners looking for a more integrated level of use, now have one.

Interestingly, while the camera is now compatible with Android devices, it is not actually the camera that has changed. As the Android version still comes with the same Lightning connector as the iOS version. The difference is Insta360 has now made available an "Android Adapter" which will change the Lightning connector to a more Android-friendly USB Type-C (there is also a microUSB version as well) connector. Thereby instantly making the Insta360 ONE camera compatible with Android devices. The downside is this is being sold as an accessory so Android device owners looking to pick up this camera will have to buy the camera and the Android adapter, compared to iOS device owners who can still make do with just the purchase of the camera.

On a positive note however, the company has simultaneously announced it has started a product-wide sale on its cameras, including the Insta360 ONE. The Adapter itself costs $29 while the camera normally retails for $299. Although during the sale period the two can be picked up as a bundle for $298 in total. In other words, Android device owners who buy both products during the sale will only be paying what would have been the cost of the camera alone before the sale. Although again, as it is the camera that is on sale, it still remains cheaper for iOS device owners who can now pick up the camera at its current $268 sale price. In either case, those interested in checking out the new Insta360 ONE Android Adapter, as well as the full catalog of on sale Insta360 products, head through the links below. The sale is due to come to an end at the close of business on December 17.

Advertisement
Insta360 ONE Android Adapter Insta360 Holiday Sale
Trusted By Millions
Independent, Expert Android News You Can Trust, Since 2010
Publishing More Android Than Anyone Else
0
Today
159
This Week
491
This Month
3003
This Year
104482
All Time
Advertisement