The Moto X4 made its debut in India last month and it now looks like it’s already getting a stable Android 8.0 Oreo update in the country. The smartphone launched with Android 7.1.1 Nougat on board out of the box, but a number of users in India are now reporting that they received an update to Oreo this week. The package comes with build number OPW27.2 and it also includes the monthly Android security patch for December, as well as some stability improvements. The update is rolling out to the regular version of the Moto X4 in India, after the Android One model started getting the Oreo flavor last week.

Motorola has yet to officially confirm the rollout, but it seems to be rolling out now as an over the air (OTA) update. The rollout does fall in line with Motorola’s previously announced update timeline, so it’s likely the stable release rather than another soak test. Android 8.0 Oreo brings a number of notable improvements to the mobile operating system, including app optimizations, improved battery optimization and management, better notifications, adaptive notification dots, auto-fill, picture-in-picture, and other improvements. While stability improvements are also mentioned with this update, no specifics are available at this point. The December Android security patch, meanwhile, aims to ensure that the smartphone is up to date and protected against the latest security threats.

The Moto X4 features a 5.2-inch IPS display with a full HD resolution of 1,920 x 1,080 pixels, an octa-core Qualcomm Snapdragon 630 processor, 3GB or 4GB of RAM, and 32GB or 64GB of storage. Other specs include dual rear cameras, with a 12-megapixel shooter with an f/2.0 aperture and an 8-megapixel telephoto lens with an f/2.2 aperture. The dual rear camera setup also includes dual LED flash and phase detection autofocus (PDAF), while a 16-megapixel front shooter will handle video chats and selfies. Additional features include a front-facing fingerprint scanner, IP68 certification for dust and water resistance, Bluetooth 5.0, NFC, 4G VoLTE, Wi-Fi 802.11 a/b/g/n/ac, USB Type-C, and a 3.5mm headphone jack. The smartphone starts at Rs. 20,999 in India for the base model with 3GB of RAM and 32GB of storage, and goes up to Rs. 22,999 for the higher-end version with 4GB of RAM and 64GB of storage. 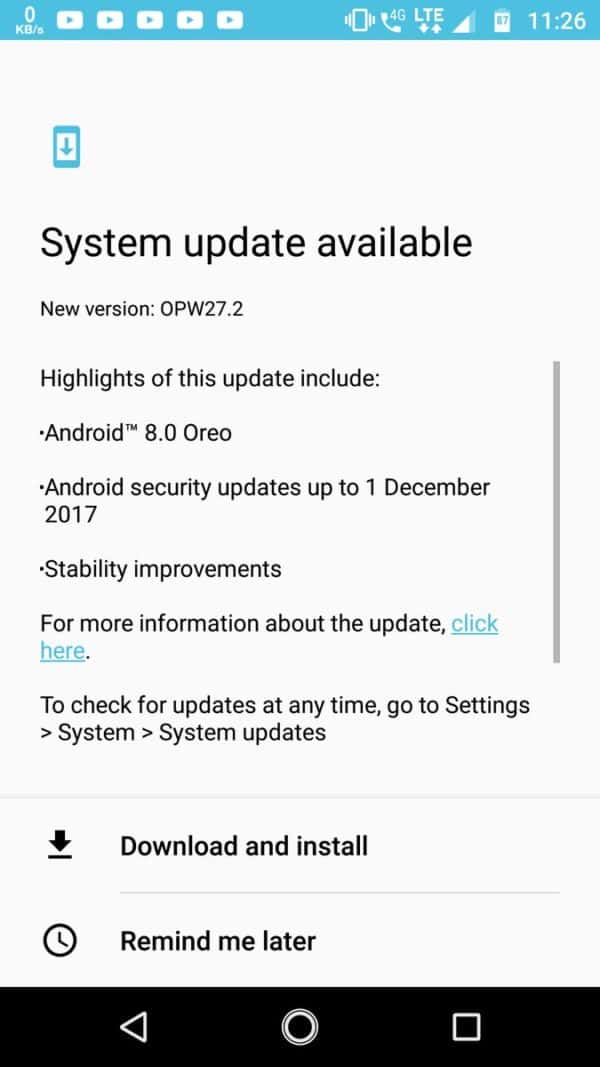