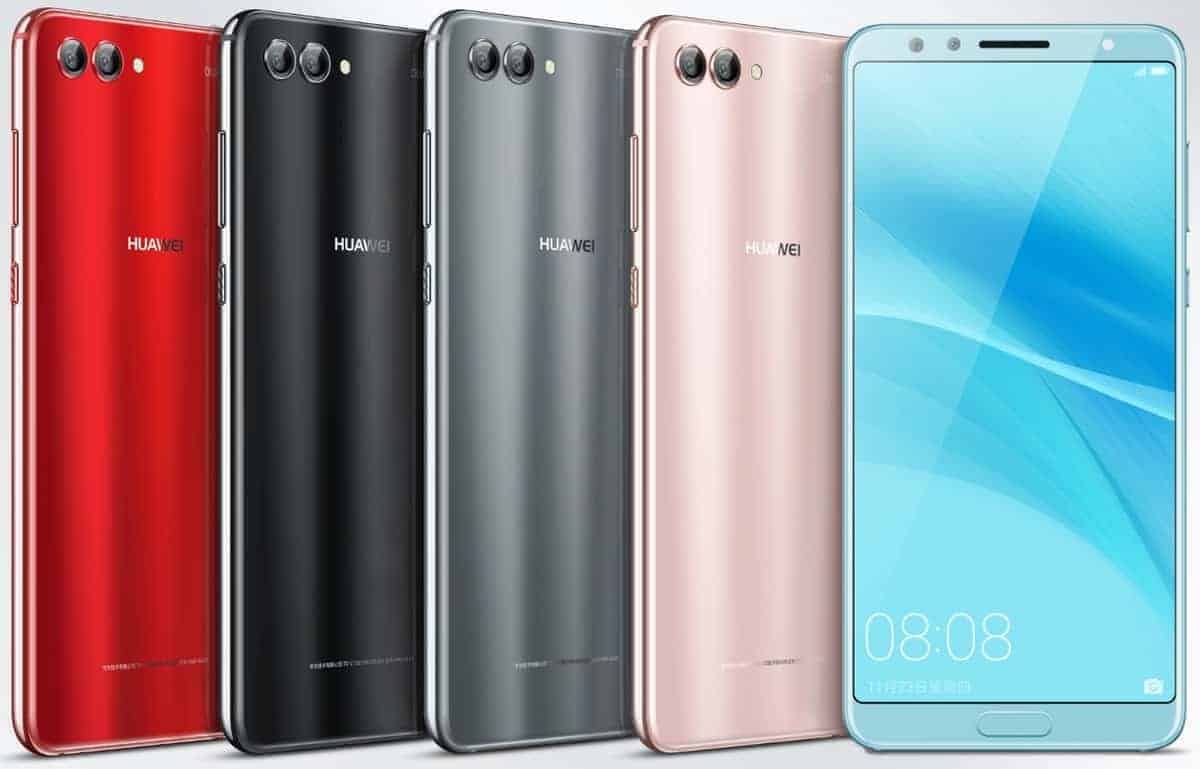 Huawei's Nova 2s has leaked in four news colors in addition to the light blue that surfaced earlier this morning as part of another separate leak. While that earlier leak showcased the blue color and gave the best look yet at the upcoming Nova 2s from the front view, this newly leaked image shows the device coming in black, red, gray and what looks like either rose gold or soft gold, and bringing the total number of colors for Huawei's soon to be newest smartphone to five options for consumers, and exciting options at that.

Huawei has been known to launch its devices in fun colors before the Nova 2s. The Huawei P10 for example was launched in an explorative pallette of fun colors with peppy names that captured your attention, and while these are likely to have names that are just as exciting, the colors for the most part do happen to be a bit more subdued, at least when it comes to the gold, black, and gray. Those looking for a little more uniqueness can opt for the blue or red colors being that these will more than likely stand out a little more than the other options.

Colors aside, the image shows off the Huawei Nova 2s from the backside, displaying the dual rear-facing camera setup accompanied by an LED flash module. You can even make out the first part of the word "dual" although the rest of the text is covered up so it's not possible to make out any information on the cameras in regards to how many megapixels each sensor will be offering. You also get a bit of a better look at the buttons on the right side of the phone's frame, and you can tell that Huawei seems to have utilized a textured, rigid design on the power button so consumers can distinguish it from the volume rocker, which comes in useful if you're reaching into your pocket and attempting to power on the screen before pulling it out. Huawei is said to be announcing the Nova 2s officially on December 7th, which is tomorrow, so it won't be a long wait before more details are known about the device, and before Huawei confirms any rumored information that is already out there.