A ton of Huawei Nova 2s images surfaced in the last week or two, and the company has finally announced the device. The Huawei Nova 2s looks just like images suggested, this is Huawei’s all-new mid-range smartphone which sports really thin bezels, and a ton of RAM, actually. The Huawei Nova 2s is considerably more powerful than its siblings, the Huawei Nova 2 and Nova 2 Plus, which were announced earlier this year. Having said that, let’s see what this phone has to offer, shall we.

The Huawei Nova 2s is made out of metal and glass, all of its physical keys are placed on the right, while the SIM card tray lies on the left. The phone’s display features rounded corners, and the device comes with a front-facing fingerprint sensor. On the back of the Huawei Nova 2s, you will notice two cameras, and an LED flash next to them. Well, those two cameras protrude on the back of the phone, not by much though, the phone shouldn’t wobble on the table or anything of the sort. The Huawei Nova 2s features a 6-inch fullHD+ (2160 x 1080) display which comes with a 2.5D curved glass on top of it. This smartphone is fueled by the Kirin 960 64-bit octa-core SoC, which is Huawei’s flagship processor for last year, and it’s still more than powerful enough. This smartphone features 4GB or 6GB of RAM, and no matter which variant you opt to get, you’ll get 128GB of internal storage, which you can expand using a microSD card. Android 8.0 Oreo comes out of the box here, and on top of it, you’ll find Huawei’s Emotion UI (EMUI) skin. 16 and 20-megapixel snappers are placed on the back of the Huawei Nova 2s, and we’re looking at RGB and monochrome sensors here (f/1.8 aperture). Now, as far as the phone’s front side is concerned, you’ll find 20 and 2-megapixel cameras there (f/2.0 aperture).

A 3.5mm headphone jack is a part of the Huawei Nova 2s package as well, as is a 3,340mAh non-removable battery, speaking of which, the phone offers fast charging as well. The Huawei Nova 2s comes with a Hi-Fi audio chip, and a Type-C port is located at the bottom of the phone. The device comes in Black, Gray, Red, Rose Gold and Blue color variants, while its 4GB and 6GB RAM models are priced at 2,699 Yuan ($408) and 2,999 Yuan ($453), respectively. Do keep in mind that Huawei released the special edition ‘Yixing Zhang’ customized version of the phone which comes with 6GB of RAM and 128GB of storage as well, and that variant is priced at 3,399 Yuan ($514). 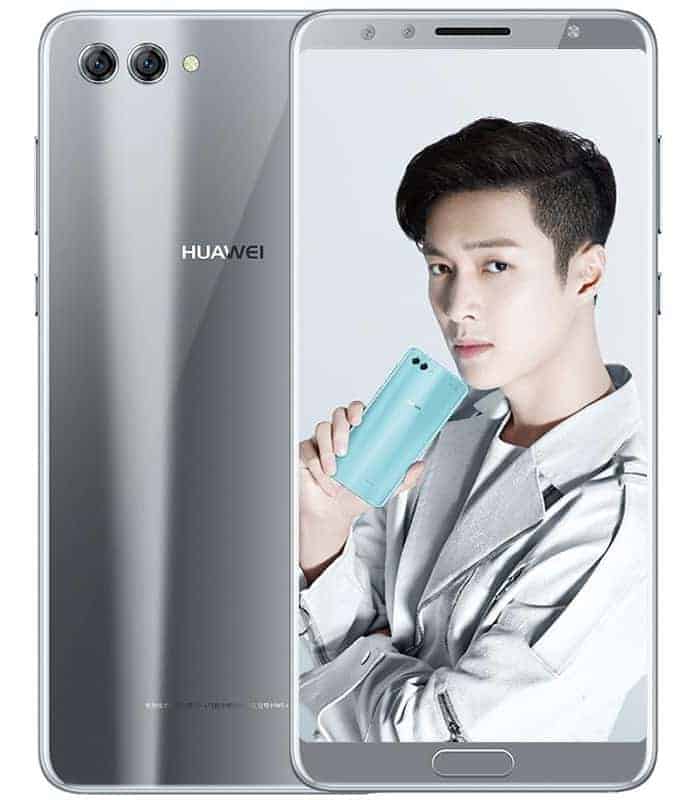